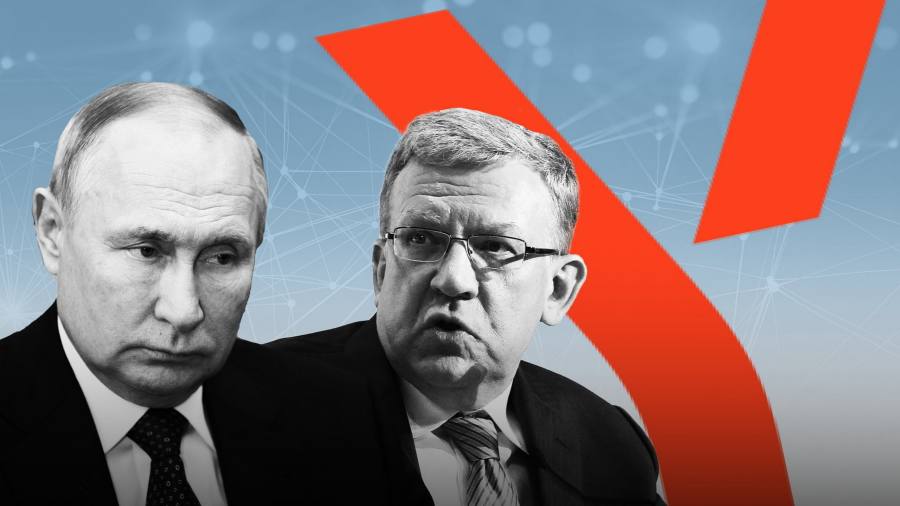 Yandex, the company often described as “Russia’s Google”, is seeking Vladimir Putin’s blessing to sell its operations in the country, spin off its key international projects and hire an old confidant of the Russian president. to manage his relationship with the Kremlin.

The changes would result in Yandex’s Dutch holding company exiting the Russian market by selling its entire business apart from the international divisions of four major units.

The plan aims to save parts of Russia’s greatest tech success story from the disastrous consequences of Putin’s war in Ukraine, which has driven several thousand Yandex staffers to flee the country.

The restructuring appears to be an acceptance that Yandex’s ambitions to be a global internet giant are over, with Western investors and key partners moving away from the Russian group after the invasion.

When New York’s Nasdaq exchange suspended trading in February, Yandex’s market capitalization had fallen to $6.8 billion from more than $30 billion a year ago.

If Putin gives his final approval at their meeting on Thursday, Kudrin is expected to leave his current role as head of the Court of Audit, a government accountability body, for a leadership position at Yandex, the people said.

While Kudrin’s future position remains undefined, his role will in fact be to serve as Yandex’s krysha, or “roof” — a term meaning high-level political patronage, two of the people said.

“Kudrin is one of the people who can be a superkrysha – in a good sense,” said one of the people. “He has been personally trusted by the president for many years. . . and its values ​​are similar to those of Yandex.”

Yandex hopes the restructuring plan will save four of the company’s most promising new international ventures — in self-driving cars, cloud computing, education technology and data labeling — by ending their ties to the toxic Russian market, according to several people close to the company.

The emerging but small companies previously relied on partnerships with major US technology companies, as well as servers, chips and processors. Western sanctions prohibit producers from shipping to Russia.

Yandex also hopes that Kudrin will secure a future for its much larger Russian company at a time when the Kremlin is massively increasing state control over the economy and the internet amid a mass exodus of foreign companies.

Kudrin, 62, who served as finance minister for many years, becomes the highest-ranking Russian official to leave office since Putin ordered the invasion of Ukraine in late February.

Kudrin and Putin have worked together since their days on the administration of the mayor of St Petersburg, where the future Russian president cut his political teeth in the early 1990s.

“Very few people are concerned about keeping [Yandex] private, but have the big man’s ear,” said one of the people.

Like many of Russia’s top economic officials, Kudrin privately opposes the war, according to two people close to him, but he has not spoken against it or criticized Putin. Kudrin did not immediately respond to a request for comment.

Meanwhile, Arkady Volozh, the founder of the company who lives in Israel, is also shocked by the war and, according to friends, has not returned to Russia since the beginning. Yandex has made no public statements about the invasion, leaving it vulnerable to accusations of complicity in promoting the Kremlin line.

In June, Volozh resigned as chief executive and transferred voting rights from his majority stake to the board of directors after the EU sanctioned him for what it said was Yandex’s role in “promoting state media and stories in its search results, and deranking and removing critical content from the Kremlin.”

Tigran Khudaverdyan, then the top deputy of Volozh, wrote on Facebook in March that the “situation is unbearable” and “war is monstrous”, but said Yandex would not “climb on an armored car” to protect its workers and businesses.

That stance failed to convince many of Yandex’s own staff, several of whom resigned in protest, or the EU, which sanctioned Khudaverdyan shortly afterwards, citing his participation in a roundtable of oligarchs with Putin on the day of the invasion. Khudaverdyan resigned and is appealing the sanctions.

Several thousand other Yandex employees left the country during the war – either to work on the spin-off of the international projects, to flee the Kremlin’s sweeping crackdown on dissent, or to escape forced conscription in the Russian army.

Yandex sold its news aggregator, blogging platform and homepage to state-controlled social media company VK in August after facing criticism over the media’s role in the war.

Kudrin made the deal with Putin and his top domestic policy aide, Sergei Kirienko, the people said. Kirienko is also in charge of Russia’s struggles to annex four Ukrainian provinces and his son is CEO of VK.

Yandex already gave the Kremlin veto power over key governance issues in a 2019 deal overseen by Kirienko, though the official never used his so-called “red button.”

But people close to Volozh say Yandex’s Russian company needs the new deal to ensure it remains in private hands.

Under the restructuring agreement, Kudrin and Yandex discussed the officer taking a small equity stake and assuming an undefined role as the leader of Yandex’s board.

Yandex’s Russian management retains control of the company’s day-to-day operations, but delegates the company’s increasingly sensitive relations with the Kremlin to Kudrin, the people said. The deal requires the approval of Yandex shareholders.

While talks are still in the early stages, several Kremlin-friendly Russian oligarchs have expressed interest in a stake in Yandex, according to people familiar with the matter.

They include metal magnate Vladimir Potanin, who bought SocGen’s Russian subsidiary and leading digital bank Tinkoff in the spring for cheap prices, the people said. Any potential sale would be complicated by sanctions against the potential buyers, they added.

Yandex, the Kremlin, the Court of Auditors and Potanin did not immediately respond to requests for comment.