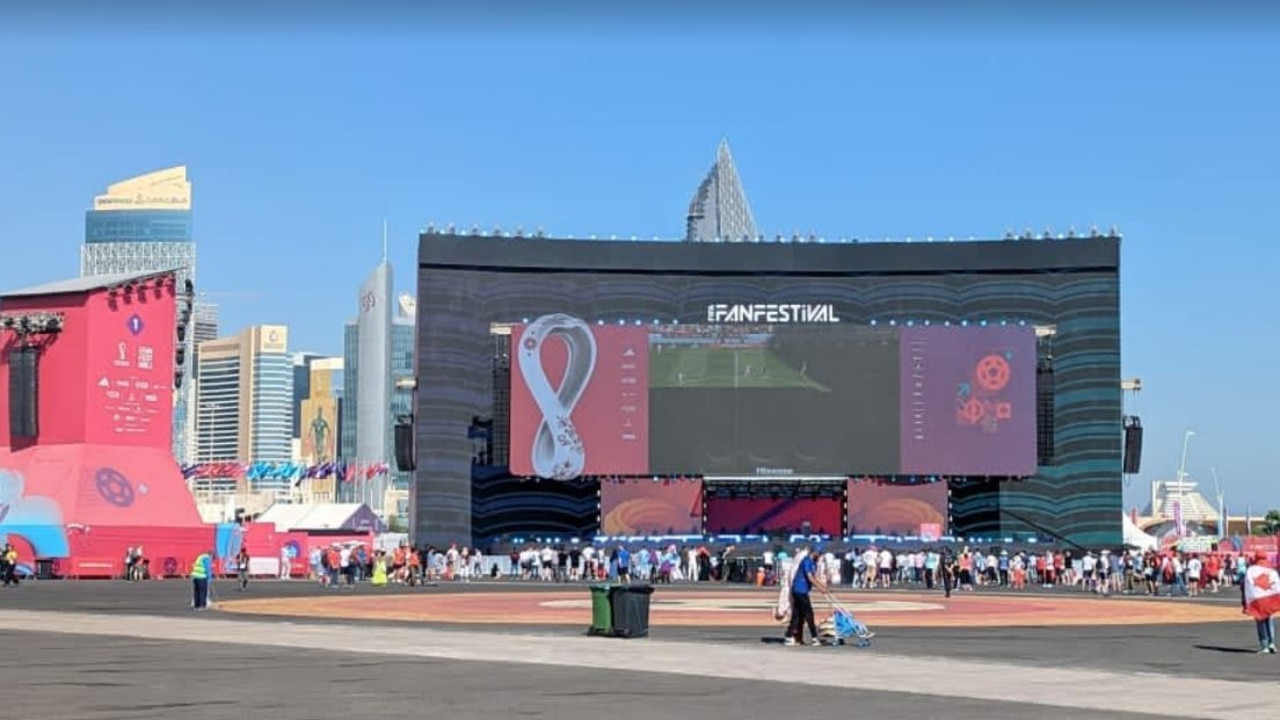 After Saudi Arabia’s incredibly unlikely victory over Argentina on Tuesday’s early kick-off, you’d think fans would be out in droves for Wednesday’s first game.

But a photo from the Fan Festival in Doha suggests otherwise, with just a few fans gathering to watch Morocco v Croatia.

Only a few dozen supporters were in the sun to watch the 2018 World Cup finalists take their bows at this year’s tournament, with a huge amount of empty space as fans stayed away.

And the low turnout wasn’t because fans were avoiding the heat – Doha enjoyed a pleasant 27 degree day.

Beers are only available at the Fan Festival after 6:30pm, so it’s possible some thirsty fans were forced to head to other licensed venues for a drink.

As news.com.au found out earlier this week, some fans have been charged up to $146 for a round of drinks and a snack.

It is not the first time that visitors to World Cup events have raised eyebrows in Qatar – albeit for entirely different reasons.

The opening game between Qatar and Ecuador – which the hosts lost 2-0 – had an official attendance of 67,000.

Not bad considering Al Bayt Stadium can hold up to 60,000 people.

Holland vs Senegal had an official attendance of 41,721 despite being played in a 40,000 seat stadium.