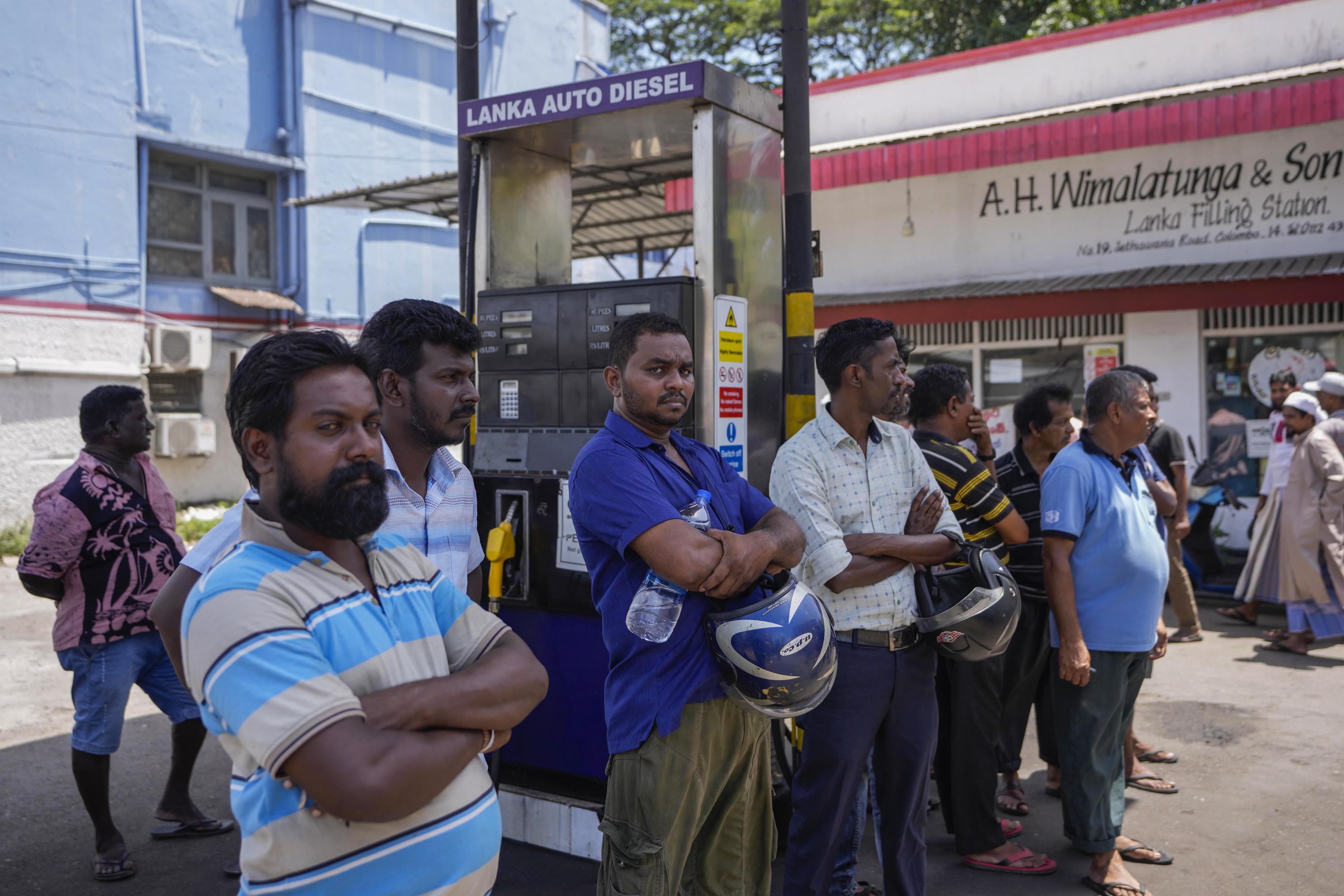 COLOMBO, Sri Lanka (AP) – Sri Lanka has extended school closures by a week on Sunday amid lack of funds because there is not enough fuel for teachers and parents to get children to classrooms, and the energy minister has appealed to the expatriates of the country to send money home through banks to fund new oil purchases.

A huge foreign debt has left the island in the Indian Ocean without any of the suppliers willing to sell fuel on credit. The supplies available, sufficient for just a few days, will be supplied for essential services, including health and dock workers, public transport and food distribution, officials said.

“Finding money is a challenge. It is a huge challenge,” Energy Minister Kanchana Wijesekera told reporters.

Several other fuel shipments are in the pipeline. But he said authorities are struggling to find $587 million to pay for the fuel. Wijesekera said Sri Lanka owed about $800 million to seven fuel suppliers.

Last month, schools across the country were closed for a day due to fuel shortages and closed in urban areas for the past two weeks. Schools will remain closed until Friday.

Authorities also announced nationwide power cuts of up to three hours a day from Monday because they cannot supply enough fuel to power plants. Major power cuts plague Sri Lanka’s economy for months, along with severe deficiencies of necessities, including cooking gas, medicines and food imports.

Wijesekera said the biggest problem is the lack of dollars and appealed to some 2 million Sri Lankans working abroad to send their foreign exchange earnings home through banks rather than through informal channels.

He said worker remittances, which usually amounted to $600 million a month, had fallen to $318 million by June.

According to the Central Bank, remittances — the country’s main source of revenue — fell from $2.8 billion in the first six months of 2021 to $1.3 billion in the same period this year, a 53% drop.

Sri Lanka’s got most of its fuel needs from neighboring India, which has provided it with a line of credit. The government also said it was negotiating with suppliers in Russia and Malaysia.

Sri Lanka has suspended repayment of about $7 billion in foreign loans due this year, of the $25 billion due in 2026. The country’s total external debt is $51 billion.

The economic collapse has sparked a political crisis with widespread anti-government protests across the country. Protesters have blocked major roads to demand gas and fuel, and television stations showed people in some areas fighting over limited supplies.

In the capital Colombo, protesters have been occupying the entrance to the president’s office for more than two months to demand the resignation of President Gotabaya Rajapaksa. They accuse him and his powerful family, including several siblings who hold high government positions, of plunging the country into crisis through corruption and mismanagement.