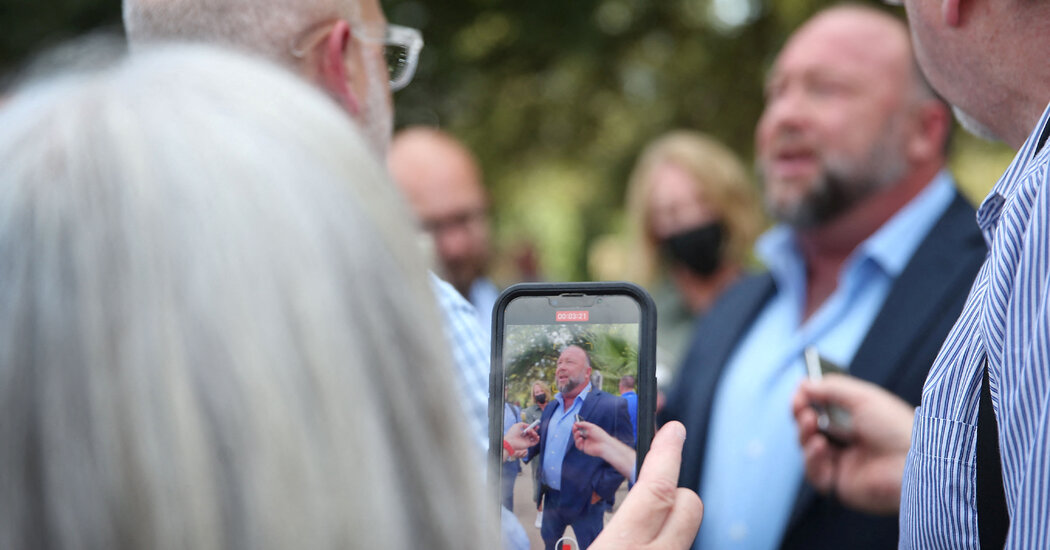 After conspiracy theorist Alex Jones orders more than $4 million in damages to be paid to the parents of a child killed in the Sandy Hook Elementary School mass shooting, jurors will return Friday to consider awarding damages. know.

The jury, which announced the partial award on Thursday after several dramatic days in court, is scheduled to hear additional testimony about Mr. Jones and his disinformation-peddling media outlet Infowars, which will likely include a discussion of his net worth and that of his company.

Compensatory damages are based on proven damage, loss or injury and are often calculated based on the fair market value of damaged property, lost wages and expenses, according to Cornell Law School. Punitive damages are intended to punish particularly harmful conduct and are usually awarded at the discretion of the court, and are sometimes multiples of a compensatory fee.

Mr Jones is accused of defaming the families of children killed in the 2012 Sandy Hook school mass shooting by falsely describing them as actors participating in a hoax (he admitted this week that the shooting ” 100 percent real”). The award announced Thursday for Scarlett Lewis and Neil Heslin, whose 6-year-old son, Jesse Lewis, died in the attack, was the first to arise from several lawsuits filed by victims’ parents in 2018.

A lawsuit for damages in another of the lawsuits was set to begin next month in Connecticut, but it could be delayed due to a bankruptcy filing last week by Free Speech Systems, Infowars’ parent company. Lawyers for the families criticized the move as another attempt by Mr. Jones to protect his wealth and evade judgment.

Starting Friday, the lawyers for Ms. Lewis and Mr. Heslin are expected to elaborate on Mr. Jones’ financial situation and call an economist as an expert witness. This week, they presented records showing Infowars was making more than $800,000 a day at one point in 2018.

The parents had demanded $150 million in damages.