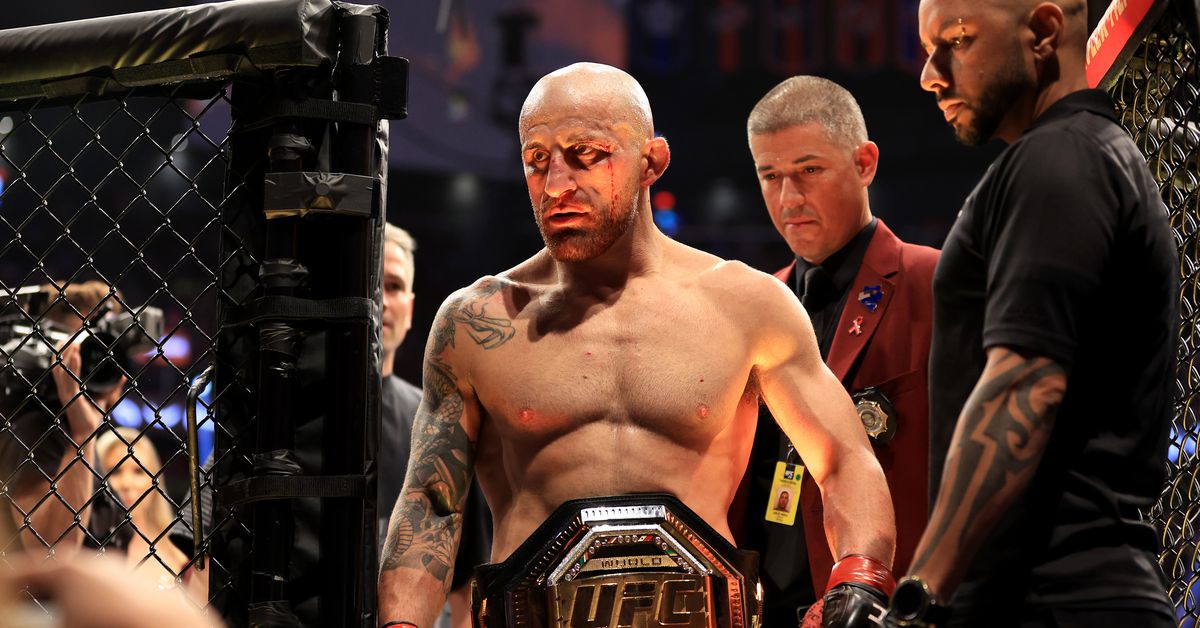 Winner: Israel Adesanya
Who to face next: Alex Pereira

It’s funny, Pereria wasn’t even ranked in his fight against Sean Strickland, and now he could very well be fighting for a world title in just his fourth UFC fight. That’s because “The Last Stylebender” called up the fight after “Poatan” froze Strickland in the first round. And the fact that the rivalry already has a built-in story due to their kickboxing history in which Pereira has two wins over Adesanya – one of them a vicious knockout – the title fight pretty much sells itself.

After “The Great” put “Blessed” in his rearview mirror for good, the Australian-born champion called for a chance to gain “champ-champ” status by going to Lightweight to compete for that Belt. While he has Dana White and UFC’s blessing – and it makes sense – the 155-pound championship is a little murky right now. It’s all but signed, but a fight between former champions Charles Oliveira and Islam Makhachev is expected to be aborted for the empty belt later this year, meaning Volkanovski will have to wait quite a bit if he is to stand a chance at lightweight gold. The next guy to weigh in at 145 pounds is Josh Emmett, but as impressive as he’s been, it’s not exactly a fight that interests Volkanovski (as far as name recognition goes). That said, if we go through an elimination process, Emmett – ranked number 4 – is likely next for “The Great.”

Winner: Bryan Barberena
Who to face next: Michael’s Church

Bryan Barberena took his third straight win — his longest UFC streak — after stopping Robbie Lawler via second-round strikes. I usually hate it when we match a streaking fighter with one in a slump, but I roll with a fight against Michael Chiesa for the simple fact that “Maverick” is currently number 11 and Barberena is just trying to break into the Top 15. Chiesa is on a two-fight losing streak, but a win over him would likely put “Bam Bam” in the rankings.

No winners† Sean O’Malley vs. Pedro Munhozo
Who should they face next: Each other

And, of course, as a result of the accidental eye prick that prevented Pedro Munhoz from continuing his fight against Sean O’Malley, the next logical step is to book the rematch. We’ll have to wait for Munhoz’s eye to get better, but I bet O’Malley won’t. That’s because in his delusions he thinks he beat Munhoz when he lost the first round. I get it, it’s his shtick to say he has yet to lose (he has) and to say he won a fight (which he didn’t), but it’s actually pretty lame.