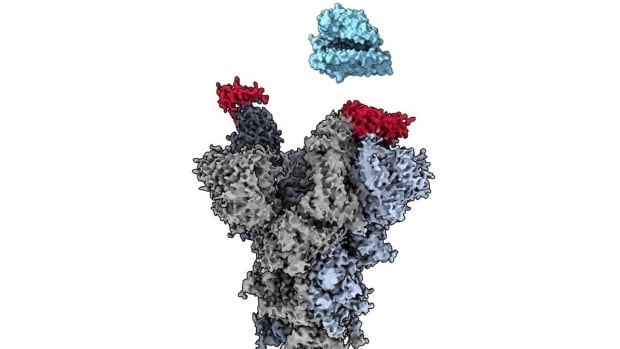 Researchers at the University of British Columbia (UBC) have discovered what they describe as a “weakness” in all the major variants of the virus that causes COVID-19 – a revelation they believe could open the door for treatments to improve the current and future mutations.

In a peer-reviewed study published Thursday, the research team said they had found a largely consistent weakness — such as a chink in the virus’s spike protein armor — that has survived the coronavirus’s mutations to date. Scientists determined that a particular antibody fragment was able to “effectively neutralize” all variants to some extent, because it took advantage of the vulnerability.

“What’s exciting is what it tells us we can do it now. Once you know what the [weak] spot, it’s a bit like the gold rush analogy. We know where to go,” said Sriram Subramaniam, the study’s lead author and a professor in UBC’s faculty of medicine.

“We can now use this information … to design better antibodies that can then benefit from it [weak] website.”

Looking for the ‘master key’

Antibodies are naturally produced by the body to fight infection, but can also be made in a lab to be administered as a treatment. Several antibody treatments already exist to fight COVID-19, but their effectiveness is fading against highly mutated variants such as the recently dominant Omicron.

“Antibodies attach to a virus in a very specific way, like a key that goes into a lock. But when the virus mutates, the key no longer fits,” Subramaniam wrote in a statement.

“We’re looking for master keys — antibodies that continue to neutralize the virus even after extensive mutations.”

Subramaniam said the antibody fragment identified in the article would be that “master key.”

Matthew Miller, director of the DeGroote Institute for Infectious Disease Research at McMaster University in Hamilton, Ontario, described the findings as “a very important development” in the fight against COVID-19.

“It’s been able to show that this antibody works against all of them and that’s really unique. … It certainly raises hopes that this [weak] area they target would be an area where the virus would have a lot of trouble changing — even in the future, because if it were easy to change, it’s very likely [the virus] would have tried to change it already,” said Miller, who was not involved in the study.

“Now… viruses can always fool us,” he noted in an interview on Thursday. “They are smart. There are always ways out. But what we want to do is make it as hard as possible to do that.”

As part of the study, published in nature communicationthe research team used a process called cryoelectron microscopy (cryo-EM) to examine the weak spot on the virus’s spike protein, called an epitope.

Cryo-EM technology involves freezing samples of the virus and taking hundreds of thousands of photos — similar to X-rays — which are used to recreate a 3D model of the molecule from the atomic level.

“Imagine if you were the size of an atom and you could see exactly what was going on,” Subramaniam explained.

In the process, the team saw how antibodies interact with the virus. The antibody fragment, called VH Ab6, was able to cling to the weak spot and neutralize the virus.

The researcher noted that developments resulting from the team’s discovery will not be part of the COVID-19 treatment in clinics for some time, but he described it as another step in understanding the coronavirus itself and the disease it causes. caused.

“We never know if this antibody will suddenly be ineffective against the next variant or not. … But we’re just saying it held up very well to neutralize the variants we’ve seen so far,” Subramaniam said.

The UBC team collaborated with colleagues from the University of Pittsburgh, who have screened large antibody libraries and tested their effectiveness against COVID-19.