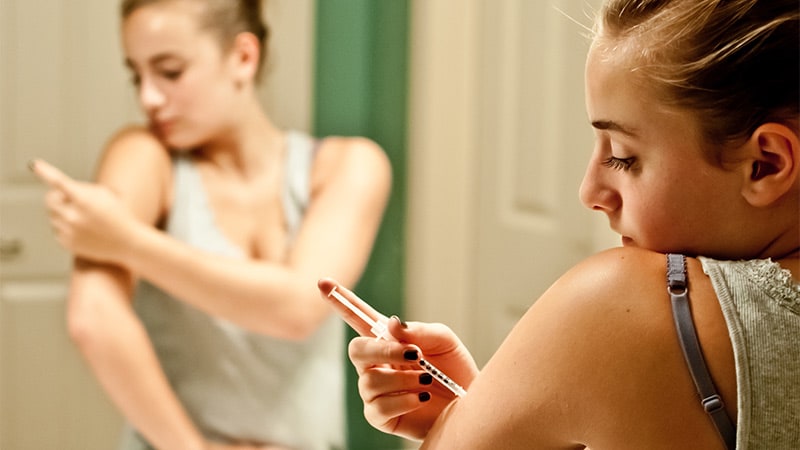 STOCKHOLM, Sweden – The number of people with type 1 diabetes worldwide is expected to double by 2040, with most new cases among adults living in low- and middle-income countries, new model data suggest.

The forecast, developed from available data collected in the newly established open-source Type 1 Diabetes Index, provides estimates for the prevalence, incidence, associated mortality and life expectancy of type 1 diabetes for 201 countries for 2021.

The model also projects estimates for common cases by 2040. It is the first type 1 diabetes dataset to account for the lack of prevalence due to premature death, particularly in low- and middle-income countries.

“The worldwide prevalence of type 1 diabetes is significant and growing. Improved surveillance – especially among adults who make up the majority of the population with type 1 diabetes – is essential to enable improvements in care and outcomes. opportunity to save millions of lives in the coming decades by raising the standard of care (including ensuring universal access to insulin and other essential supplies) and raising awareness of the signs and symptoms of type 1 diabetes to a 100% diagnosis in all countries,” the authors write.

“This work describes the need for early diagnosis of type 1 diabetes and timely access to quality care,” said Chantal Mathieu, MD, here at the 2022 European Association for the Study of Diabetes (EASD) annual meeting.

The new findings were published in Lancet Diabetes and Endocrinology by Gabriel A. Gregory, MD, of Life for a Child Program, New South Wales, Australia and colleagues. The T1D Index Project database was published on September 21, 2022.

According to the model, by 2021, about 8.4 million people were living with type 1 diabetes, one fifth of whom were from low- and middle-income countries. Another 3.7 million died prematurely and would have been added to that number had they lived. One in five of all deaths from type 1 diabetes in 2021 are estimated to have occurred in people under the age of 25 due to undiagnosis.

“It is unacceptable that by 2022 some 35,000 people worldwide will die without diagnosis within a year of the onset of symptoms. There also remains a huge difference in life expectancy for people with type 1 diabetes, which affects those in the poorest countries hardest.” ,” noted Mathieu, senior vice president of EASD and endocrinologist at KU Leuven, Belgium.

By 2040, the model predicts that between 13.5 million and 17.4 million people will live with the condition, with the largest relative increase from 2021 in low-income and lower-middle-income countries. Most of the incidental and common cases of type 1 diabetes are in adults, with an estimated 62% of the 510,000 new diagnoses worldwide by 2021 in people 20 years and older.

Type 1 diabetes is not primarily a childhood disease

Mathieu also noted that the data challenges the long-held view of type 1 diabetes as a primarily pediatric condition. Worldwide, the median age for a person with type 1 diabetes is indeed 37 years.

Although type 1 diabetes is often referred to as ‘childhood diabetes’, this important study shows that only about one in five people with the condition are 20 years of age or younger, two-thirds are between 20-64 years of age, and another one in five are 65 years or older.”

“This condition does not stop at age 18 – the children become adults and the adults become elderly. All countries should explore and strengthen their diagnosis and care pathways for people of all ages living with type 1 diabetes,” Mathieu emphasized.

Insulin affordability is key, say Guo and Shao of the Center for Drug Evaluation and Safety, Department of Pharmaceutical Evaluation and Policy, University of Florida College of Pharmacy, Gainesville.

“Countries need to strengthen insulin price regulation and reimbursement policies, while also establishing subsidy programs to ensure access to insulin and deal with the growing demand for insulin biosimilars) will also improve the current situation,” they conclude.

The study was funded by JDRF, of which four co-authors are collaborators. the editors have not reported any relevant financial relationships.

Miriam E. Tucker is a freelance journalist based in the Washington, DC area. She is a regular contributor to Medscape, and other work appears in The Washington Post, NPR’s Shots blog, and Diabetes Forecast magazine. She’s on Twitter: @MiriamETucker.