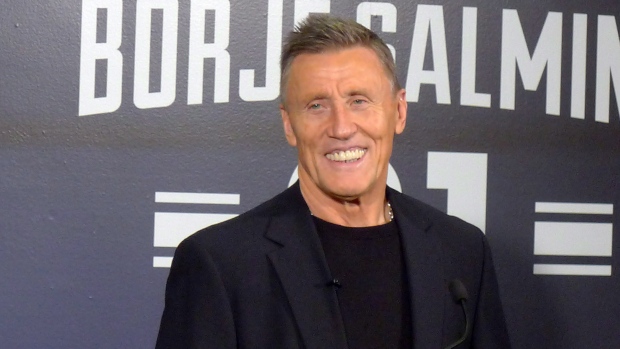 Toronto Maple Leafs great Börje Salming announced on Wednesday that he has been diagnosed with ALS.

Salming, who played 16 seasons with the Maple Leafs from 1973 to 1989, issued the following statement through the team:

“I have received news that has shocked my family and me.

“The signs that something was wrong in my body turned out to be the disease ALS, also called Lou Gehrig’s disease. In the blink of an eye everything changed. I don’t know what the next few days will be like, but I understand that there will be greater challenges than anything I have ever faced. I also recognize that there is no cure, but there are countless worldwide studies underway and there will be a cure one day. In the meantime, there are treatments available to slow the progression slow down and my family and I will stay positive.

“Ever since I started playing ice hockey in Kiruna as a small child, and throughout my career, I have given my all. And I will continue to do so. Right now I know for sure that I have my loving family around me and the best possible medical concern.

“I understand that there are many of you who would like to get in touch, but I kindly ask that you respect our privacy during these difficult times. Please keep us in your prayers. When the time is right and I understand more about my condition and future trip, I will be in touch so until then we kindly refrain from any contact.

“I hope you understand and respect our decision.”

Today, Maple Leafs great Börje Salming shared a statement (below) about his health.

The Toronto Maple Leafs and all their fans around the world are sending you their love and support, Börje.

Salming, 71, was inducted into the Hockey Hall of Fame in 1996. As one of the first European-trained players to impress in the NHL, he is credited with helping pave the way for many future European stars. The defender played in 1,148 games with the Maple Leafs and Detroit Red Wings, scoring 150 goals and 787 points.

Born in Kiruna, Sweden, Salming is third all-time in games played in Maple Leafs history with 1,099 career appearances for the team. He is also the team’s all-time assist leader with 620 and is fourth in career points for the franchise, behind only Mats Sundin, Darryl Sittler and Dave Keon.