Tom Cruise wasn’t born on the 4th of july, but came close — and on his special day, a movie partner honors him by basically saying…never change, motherfucker.

The actor turned 60 on Sunday and to usher in the milestone … director Christopher McQuarrie posted a wild photo to celebrate TC and the deadly stunts he himself performs to this day…including on the upcoming ‘Mission: Impossible’ movie(s). 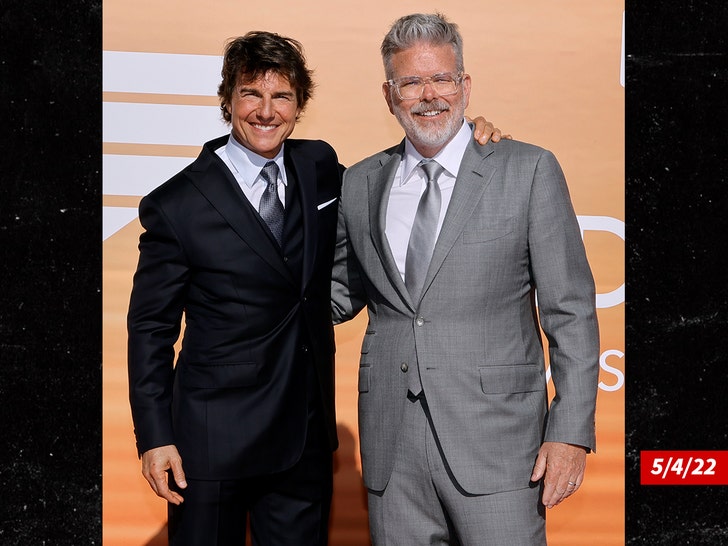 As you can see, Tommy is dangling from the wing of an old-fashioned biplane…with no one in the cockpit, it seems. Only Tom hangs solo, without much help.

McQuarrie didn’t add much context to this photo — except to wish Tom a happy 60th — but it’s pretty clear that this is from “Mission: Impossible – Dead Reckoning Part One” or “Part Two”… CMQ sends with Tom in the driver’s seat. Or rather an airplane seat.

A description of this stunt — reported last year when eyewitnesses saw Tom practicing in the UK — explains that he will apparently slip out of the cockpit, make his way to the wing of the plane, hang there as the plane nosedives, then do a barrel roll to boot.

It’s unclear if this will be seen in ‘M:I 7’ ‘8’ … but in any case Chris seems to have found it worthy to surrender as a tribute to Tom — who lives on as a daredevil .

In fact, this airplane thing is just a taste of what he’ll be doing in the new movie — as we learned from the teaser trailer last month, Tom is also going to jump off a cliff while on a motorcycle… only to get killed. rescued by a parachute. Indeed, his reputation is only cemented with each film.

Lots of reasons to be happy if you’re Tom Cruise today — it’s not just his birthday, but his latest blockbuster, “Top Gun: Maverick”, hit a huge benchmark that he never reached… the movie has. grossing more than a billion dollars worldwide at the box office. And, it still goes on.

As for what the man is up to today, he was actually spotted at the British Grand Prix…where he did a stop and chat with Sky Sports’ Martin Brundle and cheered Lewis Hamilton†

Even on his birthday, he has time for an impromptu interview and is nice about it. Another reason we love Tom… one of the last truly iconic movie stars of this generation.