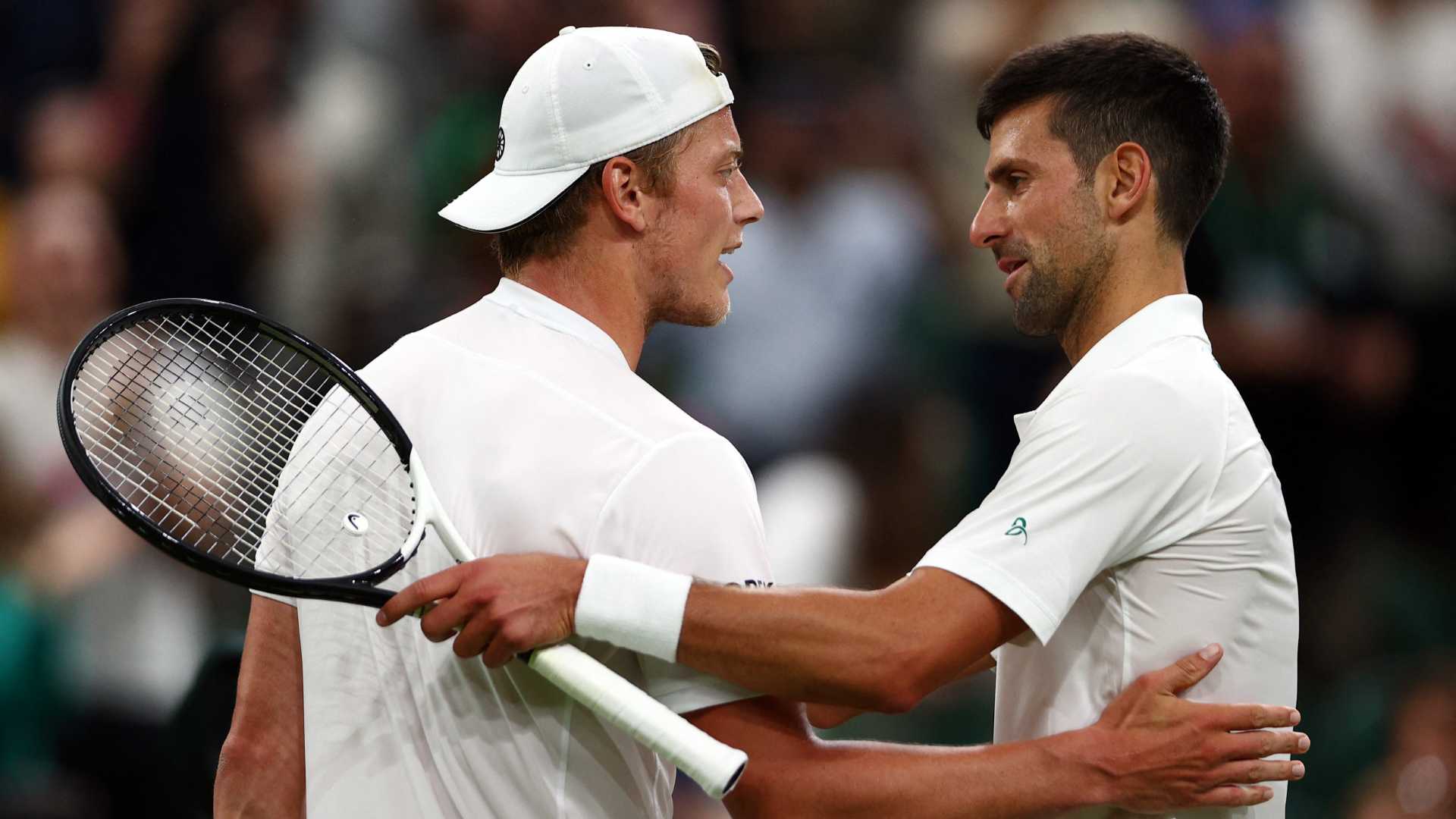 Wimbledon debutant Tim van Rijthoven was the breakthrough star of the ATP Tour grass field season after surface victories in his first eight matches at tour level. While his Cinderella run ended in the fourth round at The Championships courtesy of Novak Djokovic, the Dutchman leaves SW19 grateful for the experience.

“Obviously it’s a very big game for me, playing for the first time on Center Court against one of the best players of all time,” he said in his post-match press conference after a 6-1, 4-6, 6-1 , 6-2 defeat. †[It] Being on Center Court was already a big win for me. Really, the first few games I felt that, I was a little nervous.”

The 25-year-old frightened the three-time defending champion and took a hard-fought second set by saving four break points to serve it out after six deuces. But Djokovic hit back with an immediate response and closed from the baseline to recover.

“I grew in the game, started to play better,” continued Van Rijthoven. “Actually got the second set. Then Novak did his Novak thing and played really, really well. He had all the answers. I tried to make it more of a fight, but it just didn’t work today.”

You May Also Like: Steady Djokovic Pulls Out Late, Waits For Sinner In QFs

Van Rijthoven was just 1-2 on tour level going into June when he shocked Daniil Medvedev, Felix Auger-Aliassime and Taylor Fritz to win the title in ‘s-Hertogenbosch in his second ATP Tour main draw. After taking five wins to take his first tour-level title in his home country, the Dutchman scored three more wins at Wimbledon, including beating 15th seed Reilly Opelka and 22nd seed Nikoloz Basilashvili.

Although he couldn’t pass Djokovic, he left the top-class player impressed with his play.

“I knew coming into the game that it was always going to be a tough, challenging game against Tim, who I’ve never played against before,” said the Serb. “I’ve seen him play. He has a very good game for grass, which he proved today. [It] was a really good fight, especially in the first two sets.”

Van Rijthoven entered SW19 with a career high of No.104 in the Pepperstone ATP Rankings. Without the advantage of Grand Slam points in the fourth round for his run on the London lawns, he will remain near that position as he looks to establish himself on the ATP Tour in the coming months.

Instead, he hopes to use his experience on the grass track swing to propel him to future success.