Making ice cubes may not be complicated (pour water into an ice cube tray, freeze it), and a photo with The Undertaker at Ric Flair’s Last Match won’t be if you’re someone of interest. The WWE Hall of Famer was photographed many times at the Jim Crocket Promotions event, most notably with Mick Foley and Bret Hart on ringside and even with the participants of the AAA four-way. He also took a photo with a former CMLL and WWE star who now works for AEW.

Late Tuesday morning, Andrade El Idolo posted a photo of him and Undertaker shortly after Andrade teamed up with Ric Flair in Flair’s last ever match.

“Never imagine it!” Andrade tweeted. “Thank you for your words, sir.”

Never imagine it! thanks for your words Sir #Undertaker #Andrade #RicFlairsLastMatch #legend https://t.co/YpgfwpnToe 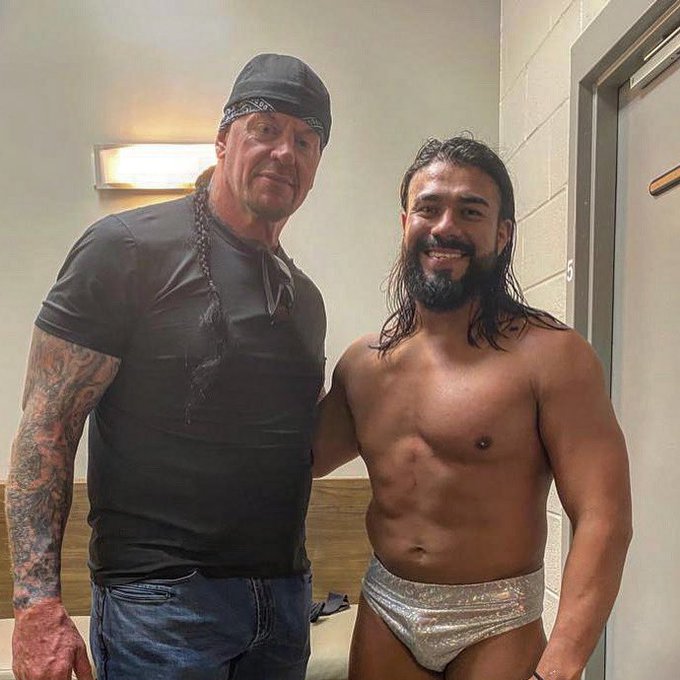 Many will note that Andrade and Undertaker were both under a WWE contract together for a number of years after Andrade left CMLL to join WWE in 2015. However, the two would never cross paths in WWE before Taker wrestled his final fight at WrestleMania 36, ​​against AJ Styles in a Boneyard match. Andrade himself was set to leave WWE in 2021 after asking for his release; he has worked for AEW ever since, with occasional appearances in AAA and the US/Mexican independent scene.

Andrade is now riding high after his and his father-in-law’s win last Sunday over fellow AEW star Jay Lethal and WWE EVP of Live Events Jeff Jarrett. He will look to continue that momentum next week on “AEW Dynamite,” when he and his longtime friend/Los Ingobernables teammate Rush team up to defeat the Lucha Brothers (Penta Oscuro and Rey Fenix) in a Tornado Tag match. It will be the first time the teams have met in tag team action and the first time Andrade and Rush have teamed up since November 2015.

Do you have a news tip or correction? Send it to [email protected]