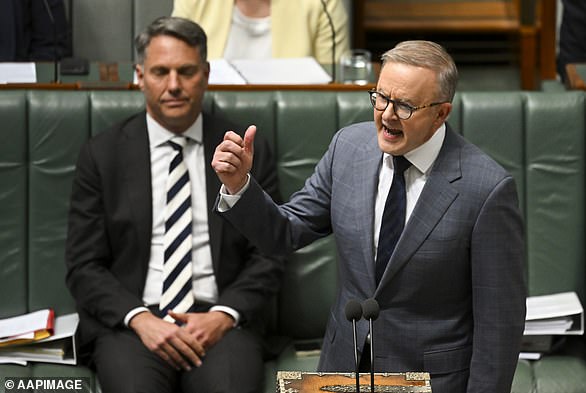 The opposition leader started question time on Monday with the question ‘doesn’t charity start at home?’ regarding the international fund of up to $2 trillion per year.

Australia joined the loss and damage climate fund at the COP27 summit in Egypt on Sunday, along with other rich countries.

The fund will help developing countries deal with the impacts of climate change, such as natural disasters and rising sea levels, but details have yet to be worked out.

Mr Dutton argued that Australian tax money should be spent in Australia rather than used as essentially foreign aid.

“At a time when Labor policies are pushing up cost-of-living pressures for families, the government has just signed on to fund a $2 trillion climate fund for loss and damage, which will send money abroad and beyond our region. send,” he said.

“Prime Minister, doesn’t charity begin at home? When are you going to help Australian families instead of giving away their money?’

Mr Albanese said the question was insulting and a coalition tactic to ‘whistle dogs’ at racist voters. 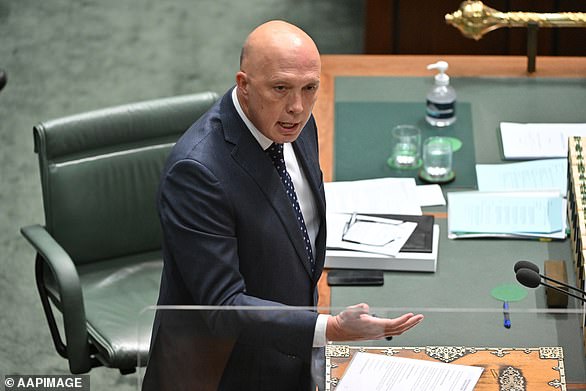 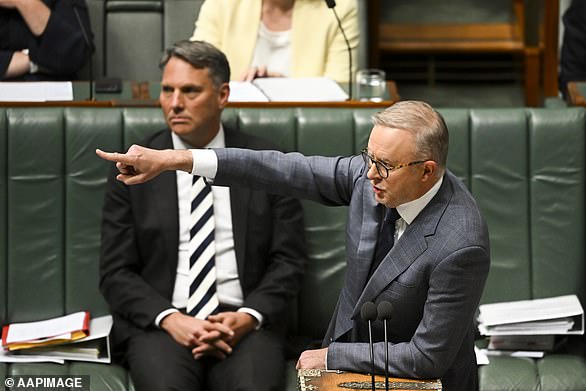 “The only people who are happy with that question are the people sitting in the corner there,” Mr Albanese said, pointing to the teal independents who took safe Liberal seats by advocating for progressive social policies and action on climate change

“The idea that any foreign aid is giving Australians money to foreigners ahead of Australian interests is better known to the Leader of the Opposition, and he knows exactly what to do with that demand,” he said.

And the only people who are happy about that question are the people sitting in the corner.

“Because they represent seats that have rejected that kind of dog whistle tactics from the Liberal Party.”

The “people sitting in the corner” were the teal independents who secured safe Liberal seats in the election by combining business policies with progressive social policies and support for climate action.

Mr. Albanese’s reference to “dog whistles” describes a strategy of using coded language to address a particular group without saying anything that others are likely to have great difficulty with.

Mr Dutton was overheard remarking what time a meeting was running, which Mr Abbott said was similar to the climate change talks he just had with Papua New Guinea leaders.

“Time means nothing when the water is lapping at your door,” Mr. Dutton quipped in response.

Albanese said Australia needs an opposition that cares about tackling climate change, not “that kind of nonsense”. 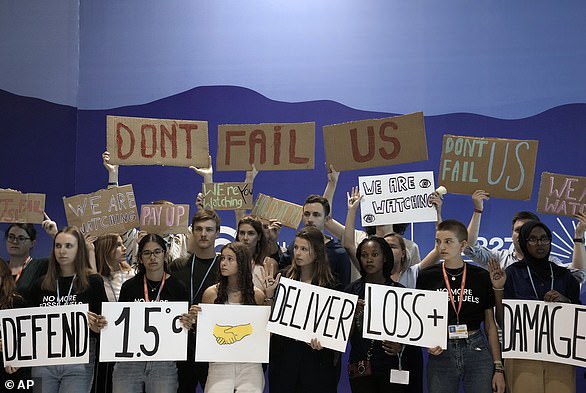 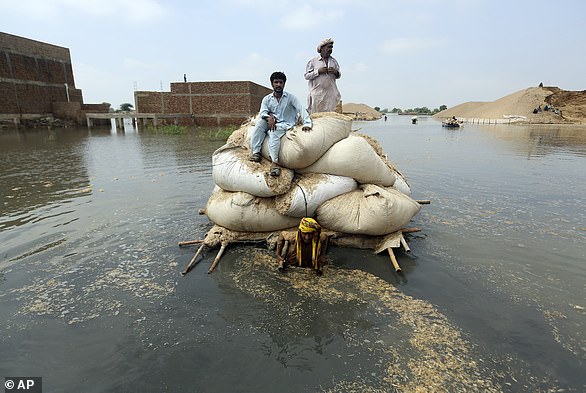 Victims of unprecedented flooding from monsoon rains use makeshift barge to transport hay for livestock in Jaffarabad, Pakistan in September

Mr Dutton apologized again in jest and was described by Indigenous leaders at the time as ‘vulgar’ and ‘soft bigotry’ shortly after being elected leader of the Liberal Party in May.

“I’ve made some lame jokes over the years, like everyone else, and I’ve apologized for them,” he told ABC News when asked about it.

“I’m just as human and vulnerable as anyone else.”

The Climate Loss and Damage Fund was the main target of developing countries that went to the COP27 summit last week.

The US and EU have long resisted the idea of ​​paying for damage they caused from historic carbon emissions, fearing massive legal claims.

However, both softened their stance as the week progressed when it was agreed that it would be a fund they would contribute to, not the threat of direct claims.

Nearly all the details have yet to be worked out, including exactly who qualifies, who pays, and what types of disasters can be compensated.

The US and the EU also want China, which is on the list of developing countries, but the UN has the second largest economy in the world and pumps huge amounts of CO2 into the air, to pay as well.

China is not initially required, but the possibility of China and other major emitters such as India contributing will be discussed later. 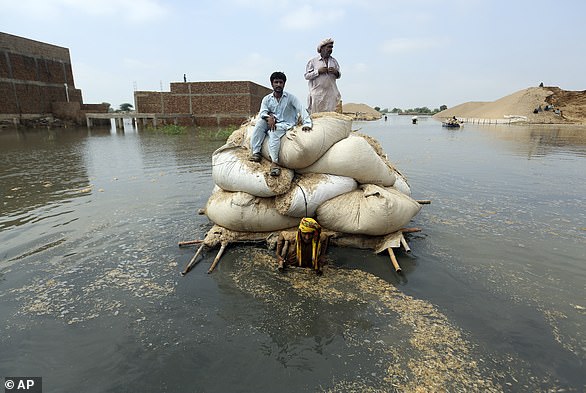 Victims of unprecedented flooding from monsoon rains use makeshift barge to transport hay for livestock in Jaffarabad, Pakistan, in September

“In terms of loss and damage, we can’t wait for the next COP to see action. We are now experiencing loss and damage and delaying tactics are not acceptable,” he said on Wednesday.

Climate Change Minister Chris Bowen said before closing the deal that it was too early to allocate Australian funds to the loss and damage mechanism.

Mr Bowen has given Australia a lot of support to ensure the issue of loss and damage was on the COP27 agenda, but he consistently said this year’s summit was never about talking about who would pay for what.

That, he said, is a problem for the trail.

“You ask me how we will respond to a facility that does not yet exist and has not yet been agreed upon at this COP,” he said Friday.

Australia quickly committed to the fund once it was agreed two days later, but the size of the contribution is still an open question.