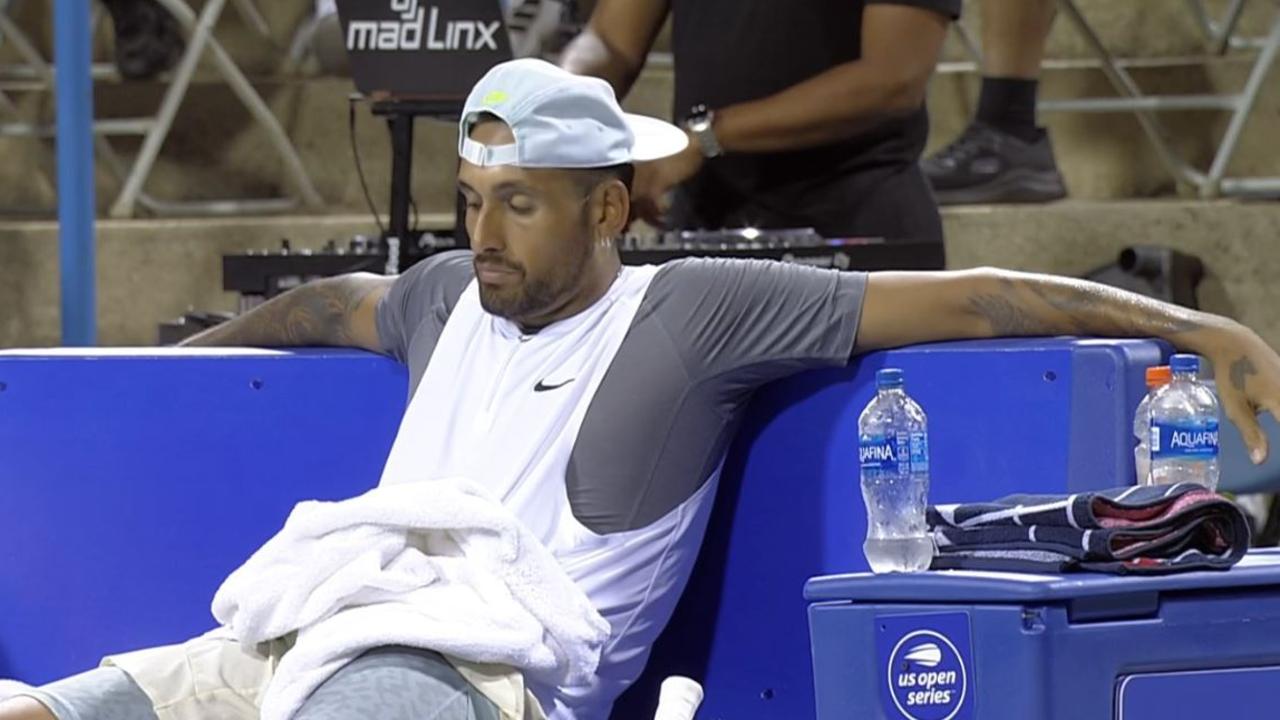 Nick Kyrgios has survived an epic three-set clash against Frances Tiafoe to advance to the Washington Open semifinals.

After two and a half hours of high-quality tennis, the Australian beat the American 6-7 7-6 6-2.

There was nothing in the first set, but Kyrgios did himself no favors with a double fault in the tiebreak to give Tiafoe the upper hand.

The match picked up speed in the second set, culminating in an epic tie-break that Kyrgios won 14-12 as he somehow saved five match points.

Kyrgios and Tiafoe fired off several aces and countless lengthy rallies in an exchange that left tennis fans in awe.

Ella Brockway of the Washington Post tweeted: “This match between Kyrgios and Tiafoe is absolutely insane.

“There are few things in sport quite like The Nick Kyrgios Experience.”

Both players complained to the chair umpire multiple times, unhappy with spectators in the crowd shouting during points and as they prepared to serve.

“I want to go to bed,” Kyrgios said halfway through the third set.

He shot a whopping 35 aces and 60 winners in total as he walked away with the third set, closing the match at 1 a.m. local time in Washington DC.

He then faces Sweden’s Mikael Ymer in the semifinals as his quest for a second title in Washington continues.

On the women’s side of the draw, Australian Daria Saville continued her strong form with a 6-1 7-5 victory over Rebecca Marino and secured her place in a semi-final against Kaia Kanepi in sixth seed.

Top class Andrey Rublev won twice (AEST) on Saturday to reach the semifinals of the ATP and WTA Washington Open, beating Americans Maxime Cressy and JJ Wolf in the US Open tuning.

Rain forced Rublev and several others into double duty, but storms allowed for a timely rest between games.

He will face Japan’s Yoshihito Nishioka in the other semifinal.