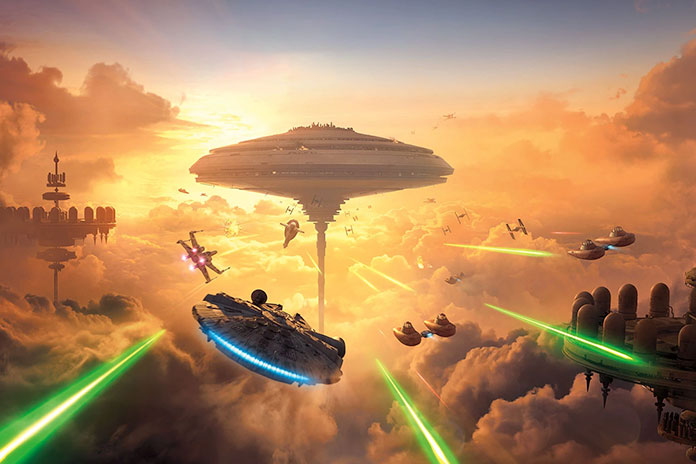 On Tuesday, a rumor emerged from scooper Jeff Sneider suggesting that Lucasfilm and studio president Kathleen Kennedy are in the process of planning a more concrete roadmap for the future of the “Star Wars” movie franchise.

Lucasfilm has found its “Star Wars” franchise in the same position that Paramount still finds itself in with the “Star Trek” franchise. On TV, it is thriving with numerous series currently on the air with the most recently launched (Strange New Worlds, Andor) receiving the highest acclaim to date.

When it comes to the movies, both franchises are stuck in neutral and seemingly unsure of where to go. While there has been some ambitious talk and even some names linked to projects in development, some projects have been scrapped or sidelined, and nothing is set in stone yet.

Back to this week, and the report suggests the movie drought may be over, as Sneider claimed on The Hot Mic that Lucasfilm has planned the future of Star Wars for the next five years:

“I think there’s a lot of things coming down the pipeline on the feature film side at Lucasfilm to be excited about… tell some different stories. But I think… obviously fans have to be patient because we’re going to have this kind of don’t see things until 2025. But as I understand it, Kathleen has planned for the next five years. [20]26 and 2027 slates. We just don’t know what they are yet.”

This follows a report to Puck News a few weeks ago that indicated there was a “culture of fear and indecisiveness” among Lucasfilm’s top executives, but the studio is determined to “get it right” with the next film which is why it takes so long.

Sure, there’s been more movement on this front in recent months than seemingly in recent years, with Damon Lindelof’s film reportedly a “top priority” at Lucasfilm.

The change in Disney senior management, with Bob Iger returning to the lead role and replacing Bob Chapek, is seen as a good thing when it comes to the future of the “Star Wars” franchise.

However, we could get our first hint of answers next week, with Lucasfilm set to host a panel for both “Indiana Jones 5” and “The Mandalorian” at Brazil’s CCXP event, with those involved giving interviews and possibly offering updates or at least a little more clarity.