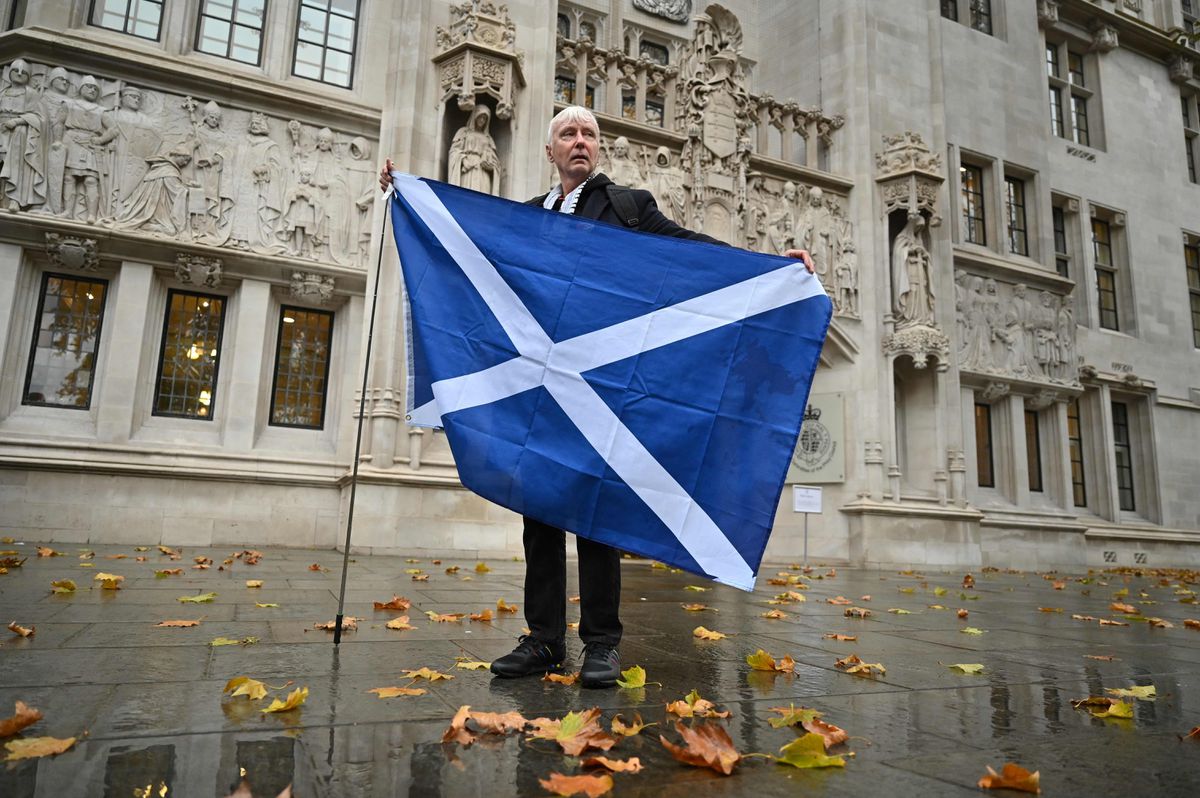 The UK’s highest court ruled unanimously on Wednesday that the Scottish Parliament cannot hold a second independence referendum – without the consent of the British government – citing that the Scots are no more oppressed than the Quebecers.

The court said Scotland could not pass its own law to hold the vote because such a law would affect the UK’s future, a matter reserved for Westminster.

The ruling made extensive reference to a Canadian Supreme Court opinion in 1998 on whether Quebec could decide on its own to split from Canada.

It said the Canadian Supreme Court’s “observations,” including that Quebec failed to meet the threshold of “an oppressed people,” “apply with equal force to the position of Scotland and the people of Scotland within the United Kingdom.”

The First Minister of Scotland, Nicola Sturgeon, wanted to hold a second referendum in October 2023 on whether Scotland should gain independence from Britain. In 2014, in an earlier referendum, Scottish voters supported staying in the UK by 55 percent to 45 percent.

At a press conference, Ms Sturgeon said she respected the court ruling but said it confirms that “the idea of ​​the UK as a voluntary partnership of nations, if it was ever a reality, is no longer a reality.”

“We must and will find another democratic, legal and constitutional means by which the Scottish people can express their will. I think that can only be elections,” she said.

The judges extensively cited the Canadian Supreme Court’s 1998 opinion on whether Quebec could decide on its own to split from Canada. They recorded their view that “the constitutional arrangements in Canada at the time did not place Quebecers at a disadvantage”.

The Supreme Court of the United Kingdom considered when the right to self-determination applies under international law, citing the Canadian Supreme Court’s view that it could apply “when a people is oppressed, as for example under foreign military occupation; or where a definable group is denied meaningful access to government to pursue their political, economic, social and cultural development.”

The opinion – quoted by the UK Supreme Court – said that not only did Quebec fail to meet the threshold for an oppressed people, but it cannot be “suggested that Quebeckers have been denied meaningful access to government to improve their political, economic, cultural and social pursue development. ”

The Canadian court’s decision came after a referendum in Quebec in 1995, with a voter turnout of more than 93 percent, the largest in Quebec history. Quebeckers narrowly voted – with only 50.58 percent of the votes cast – not to declare their sovereignty and become an independent country.

Professor Robert Leckey, dean of McGill University’s law school and an expert in constitutional law, said it was interesting that the UK Supreme Court had looked to the Canadian Supreme Court when it reached its conclusion. He said foreign courts sometimes consider counterparts’ views on similar legal issues when it comes to international law.

He said the 1998 Canadian Supreme Court opinion had been carefully considered and drafted, striking a balance between complex legal and political issues.

The Supreme Court of Canada decided that it would be against Canadian constitutional law and international law for Quebec to decide on its own to split from Canada. But it ruled that a constitutional amendment would allow this.

If Quebec held a referendum on independence and received a clear majority, the rest of Canada would be required to negotiate terms for independence, it said.

Yves-François Blanchet, head of the Bloc Québécois, said on Twitter in response to the Scottish decision: “The right to self-determination is not conditional. Scotland must act according to the will of its people and consult them.”