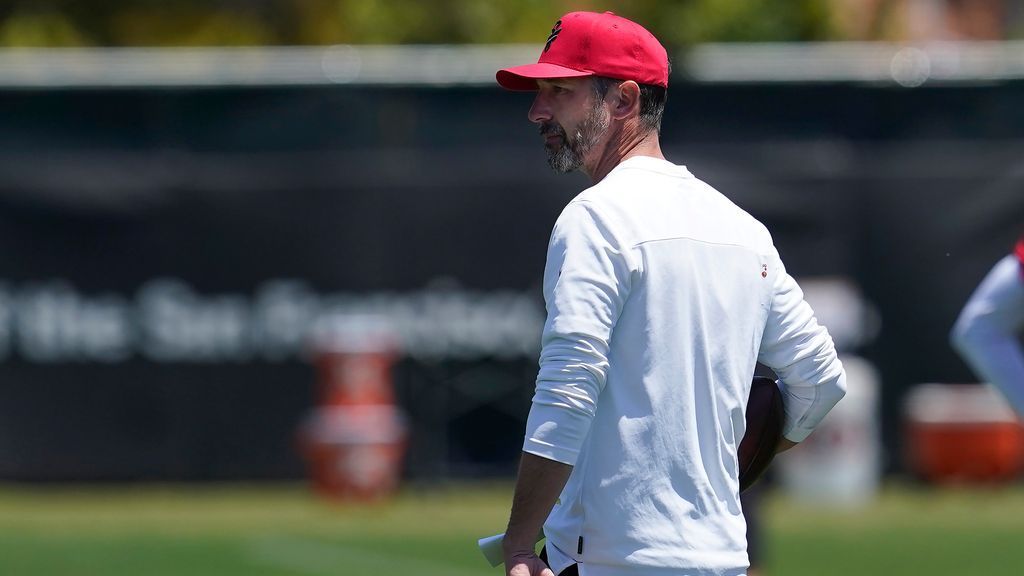 SANTA CLARA, Calif. — After stopping training for the second time on Tuesday due to a brawl, coach Kyle Shanahan called on his team to gather.

He promptly uttered a few exquisite words about what had just happened. Beneath the anger was a simple message about how Shanahan wants his team to play.

But Shanahan wants the Niners to draw the line when throwing punches, which happened twice in Tuesday’s practice—namely, between star center-linebacker Fred Warner and receiver Brandon Aiyuk.

“I want everyone to challenge each other,” Shanahan said Friday. “I don’t care how much bullshit they talk to each other; I don’t care how close they get to fighting. They can do whatever they want to get as intense as they want and bring out the best in each other, that often happens on those way, and it is the same on the field.

“But once you hit, you get kicked out or you get punished, and we’re proud of that, I want people to be annoying, I want people to get as close as possible to all those things. I want people right on the line where they’re about to black out, but you can’t black out on the football field or you’ll cost your team.”

The problem this week for Shanahan’s squad was that it happened on the practice field between teammates. It was the warmest day of this camp and a longer, fully lined session, factors several players said contributed to the situation. And while fights are common in any training camp, this one took place between two players who are expected to play a major role this season.

The biggest fight – between Warner and Aiyuk – started when a late hit from Warner sent receiver Marcus Johnson into concussion protocol.

Something was already brewing between Warner and Aiyuk, with Aiyuk telling the media in a semi-joke manner a few days earlier that Warner was “annoying” and his insistence on continuing to rip the ball and touch guys after the plays were over was “irritating.”

Warner replied that he believes Aiyuk is ready for the next step in his career and that he is doing what he can to help him take his game to another level.

“Specifically with Brandon, I picked him out,” Warner said. “I think he’s ready to take the next step to play at an elite level. I’ve been chasing him a little bit… because I know how much he has in him. And I know if I give him a ​​bit of whining, he’ll get sick and tired of that and stand his ground…. He’s really starting to get that mentality that he knows he’s a man and he’s capable I’m trying to get the best out of him . That is it. “

On Friday, Shanahan said he’s fine with his players pushing each other, and he’s confident they’re doing it the right way. But incidents like Tuesday’s have to reach a natural stopping point.

“I like the intensity of it,” Shanahan said. “I don’t think you have to fight to be intense. A scuffle is a scuffle, but then they lead to other things. I think that’s why we have a man in protocol because he took an unnecessary shot at someone which led to the big fight and then we had a bunch of haymakers and stuff thrown in there that just break hands.”

The Niners got through the rest of Tuesday’s practice and all of Wednesday without further incident. In the meantime, Shanahan has made it clear that his team can be physical without resorting to fights.

“I think our team is pretty strong,” Shanahan said. “I think we’re pretty physical. I think if we voted last year most likely who would be the most physical team on the band, I think we’d win most of that, and we didn’t have one fight last year .” So I don’t think that relates to toughness at all.”