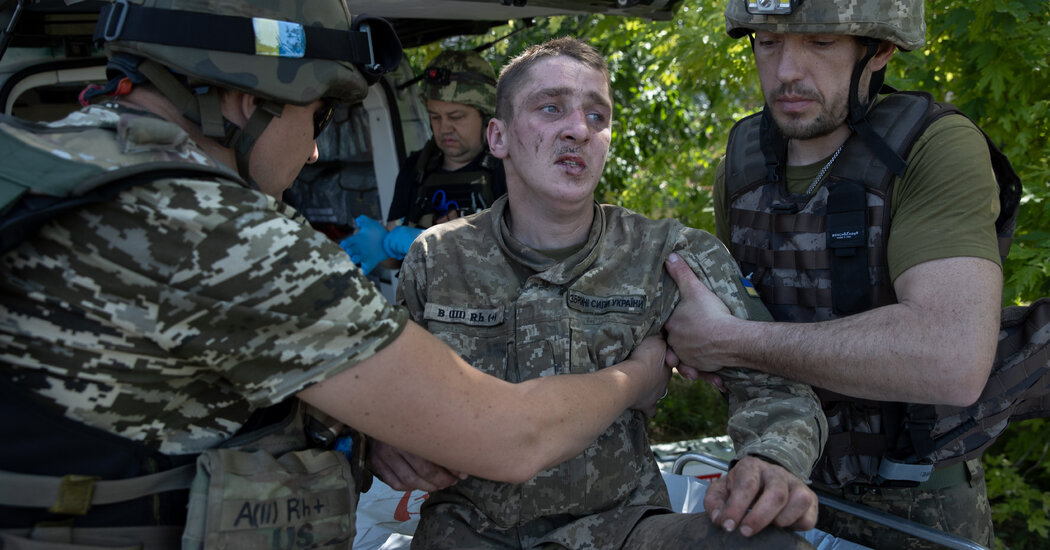 The United Nations is coordinating talks between Ukraine, Russia and Turkey in hopes of developing security guarantees that would allow Ukraine to export its grain and help alleviate a global food crisis exacerbated by the war.

But the Ukrainian government negotiator in a recent interview with The New York Times expressed skepticism that Russia would honor any guarantee unless Kiev had the military power to enforce it.

Ukrainian negotiator Rustem Umerov told the Times that the country was preparing for talks in Istanbul to find a way to end Russia’s de facto blockade of the port of Odessa on the Black Sea to shipment of the 20 million tons of grain that Ukraine has. in storage silos.

But he said only the supply of powerful naval weapons committed by Western allies would be an effective security guarantee, and he accused Russia of using the issue to bolster its own position in the Black Sea.

“If we open the ports, it means that the northwestern Black Sea will open for them,” he said. No international lender, he added, “who guarantees us” can be trusted to hit back if Russia were to subsequently attack Ukrainian shipping.

“And they understand,” he said. “That’s why they are pressuring the world to pressure Ukraine to open the ports.”

Before the war began, Ukraine was exporting about six million tons of grain a month, Kate Newton, an emergency coordinator for the UN’s World Food Program in Ukraine, said at a news conference in Kiev on Thursday. Now the country can only export about a million tons per month, she said.

“We’re doing everything we can,” she said, “exporting grain by truck, rail and river.” But, she said, without using the ports on the Black Sea, it would not be possible to increase exports much.

Russian forces have also bombed grain storage centers and fields in Ukraine. When Ukraine began shipping grain from a port on the Danube, the Russians bombed the primary bridge that trucks could use to get there.

In previous negotiations, Moscow has pushed for the right to “inspect” all ships carrying Ukrainian grain – a condition Kiev would not accept.

The Ukrainian army said Thursday it had expelled Russian troops from Snake Island, a strategically important rock whose loss could undermine Moscow’s control of the Black Sea shipping lanes. But the de facto blockade of Russia showed no signs of easing.

Umerov and Foreign Minister Dmytro Kuleba have accused Russia of spreading disinformation about who is responsible for the blockade. The grain issue, and even the prospect of famine, has become part of an information war waged by Moscow, Mr. Umerov.

“They are arming the famine,” said Mr. Umerov. “They turn to the African states and say, ‘We are always ready to support you, it is Ukrainians who do not open the ports.’” African countries are highly dependent on grain from Russia and Ukraine.

Russia’s defense ministry called its withdrawal from Snake Island a humanitarian gesture and reiterated that it was not responsible for the food crisis. But on a recent appearance, Margarita Simonyan, the editor-in-chief of Kremlin mouthpiece RT, seemed to suggest that the crisis could be in Moscow’s political advantage.

“I’ve heard it several times in Moscow from many people: ‘All our hopes are in the famine,'” she told the St. Petersburg Economic Forum on June 20, adding that those people’s expectation was that famine countries will would bring to lift sanctions against Russia.

Kiev has worked to counter that narrative. Last week Mr. Kuleba spent an hour with journalists from Africa and emphasized Ukraine’s urgency to resume exports.

“The only country that isn’t really under time pressure here is Russia,” he said in an interview. “Everyone is running out of time, whether it be us as suppliers, African and Asian countries as recipients, or the United Nations, whose reputation is at stake.”