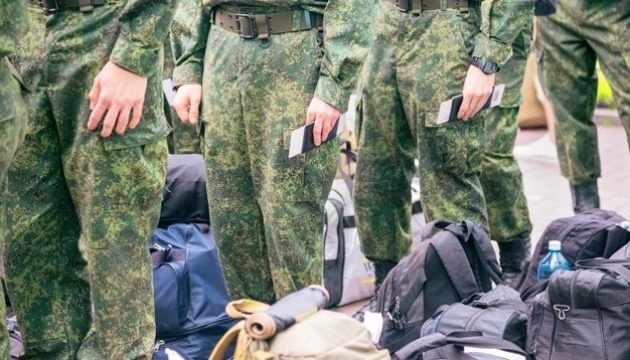 Russian President Vladimir Putin may be able to mobilize the 300,000 reservists he says he needs for the war in Ukraine – but since his announcement, some 360,000 men have already traveled to Georgia and Kazakhstan to escape this fate , and countless others have found their way to other countries.

This will have a significant impact on the Russian economy, Ukrinform reports, citing POLITICO.

“The more the Kremlin mobilizes, the more men will try to leave the country, which has huge consequences for all kinds of Russian workplaces and therefore also for the economy,” the media said.

With so many men gone or about to pack their bags, sectors critical to the functioning of society — from factories to Internet service providers — are at risk of being severely disrupted. And Russia has no plan to deal with this.

POLITICO explains that Russia has no fixed system for the continuity of its society in wartime. Russia’s neighbors, Sweden and Finland, on the other hand, have long had such detailed plans to keep society going in the event of war, and there’s more to it than, say, engineers manning nuclear power plants.

During the Cold War, Sweden implemented a so-called “war placement” plan for dozens of workers who, in the event of war, would keep their civilian jobs or take on government duties with similar functions.

Had Sweden or Finland invaded during the Cold War, a core of factory workers would have sustained civilian and military production. A core of journalists would have continued to inform the public. A core of doctors, nurses, teachers, supermarket workers, train engineers and truck drivers would have ensured that the population was fed and had access to basic necessities.

However, as evidenced by the haphazard manner in which men are currently mobilized, it is clear that Russia has no such continuity plan. There are not enough women who can intervene quickly and take over the jobs of the men who have mobilized and fled the country.

“The mobilization happens randomly and therefore it will hit the economy. Maybe not on the first day, but the economy can’t go on without these men and the men who have fled,” the news channel quoted retired Lieutenant General Arto Räty, a former permanent secretary of the Finnish Ministry of Defence.

On September 21, Putin declared a “partial mobilization”, while Russian Defense Minister Sergei Shoigu announced that 300,000 reservists would be called up as part of the campaign.