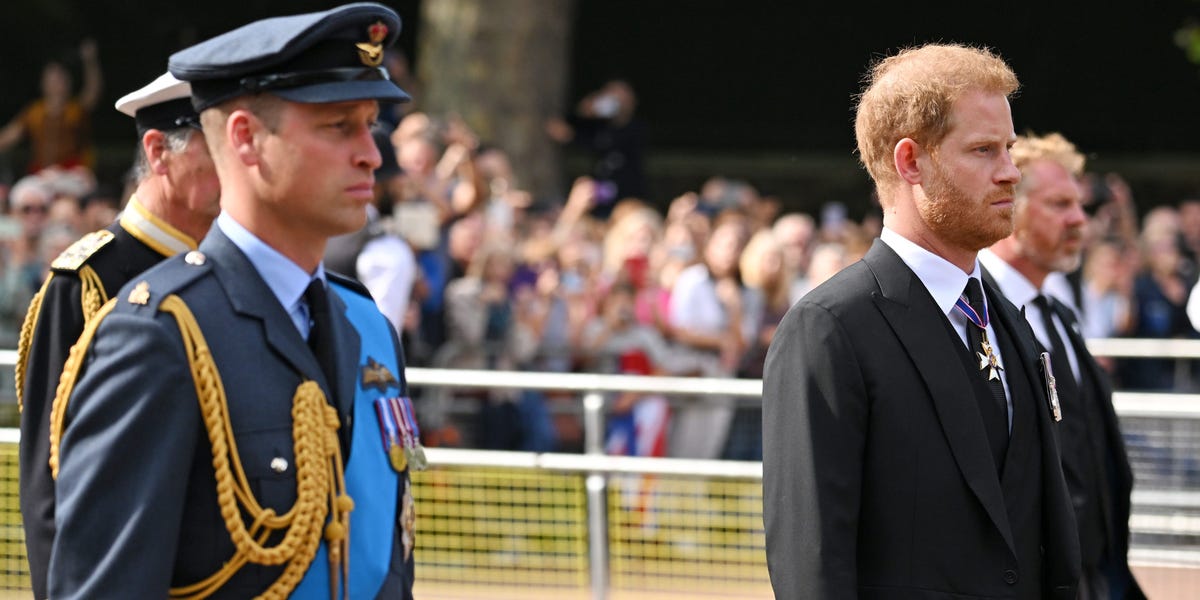 According to a new royal book, the Duke of Sussex refused to meet the Prince of Wales after opening up about their breakup in a TV documentary.

According to an excerpt from Valentine Low’s “Courtiers” published in the Daily Mail on Sunday, Prince William requested a crisis meeting with his brother after Prince Harry said they were “on different paths” in the ITV documentary, “Harry and Meghan: An African Journey”, in November 2019.

“Part of this role and part of this job, this family, being under the pressure that they’re under, inevitably happens,” Harry said in the documentary.

Valentine Low is a royal correspondent who has covered the royal family for The Times of London since 2008, according to his profile on The Times website. In his role, he has traveled overseas with the Queen, Prince and Princess of Wales and other members of the Royal Family.

In Low’s book, which will be released in the UK on Thursday, he said William used WhatsApp to message Harry and request a meeting the day after the documentary aired.

“This confused Harry and Meghan. What should they do?” Low wrote, adding that Harry initially favored a meeting before finding out that William would have to inform his private secretary to clear his agenda.

“He was so concerned that William’s team would leak the visit to the press that he would rather not see his brother than risk it getting in the papers. For anyone who knew what was going on, this was heartbreaking Low wrote.

“It highlighted the dysfunction that is at the heart of so many royal relationships, and how members of the royal family so rarely pick up the phone to talk directly to each other. Instead, they communicate through the device around them. And the result is mistrust and division,” he added.

Low also reports that William and Kate Middleton’s team felt that Harry and Meghan were trying to overshadow their tour of Pakistan, which coincided with the release of their documentary.

“William and Kate’s team were not happy, it seems, seeing it as a conscious effort to get the couple out of the headlines. The relationship between the two households became quite tense,” Low wrote.

Representatives from The Duke of Sussex and Prince of Wales did not immediately respond to Insider’s request for comment.