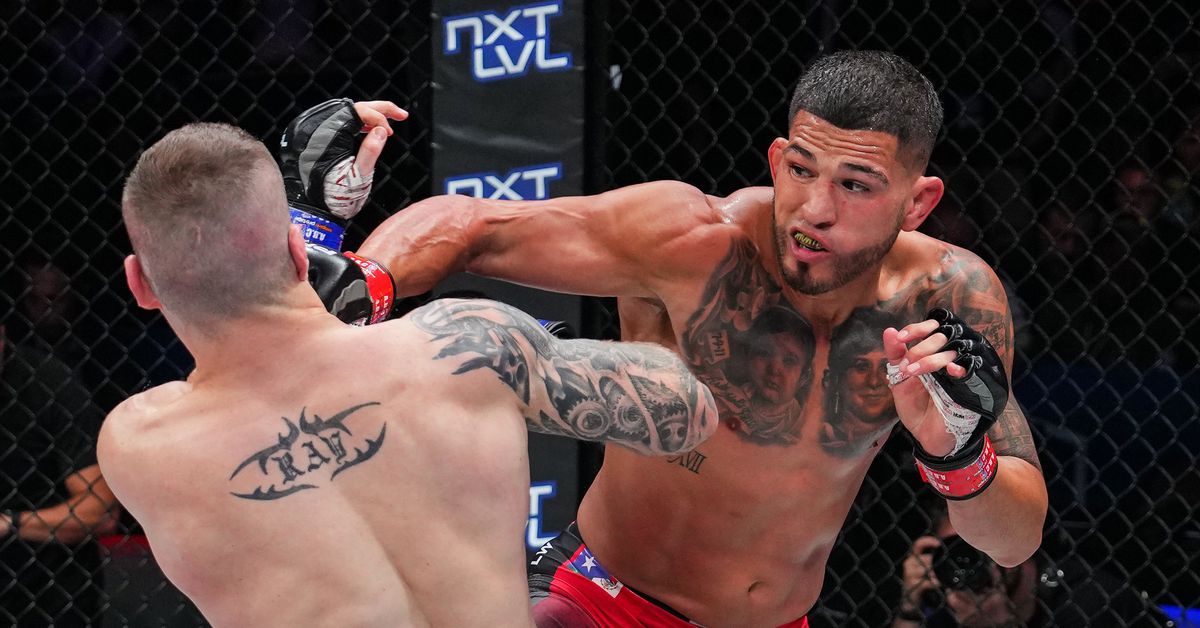 Pettis, who lost to Ray just six weeks ago via a modified body triangle (see it HERE), hoped to get back in the victory column and avenge his previous loss to “Braveheart” in a main event rematch. “Showtime” also hoped to advance to the next round in the PFL’s 2022 Playoffs and get closer to a $1 million prize.

Unfortunately for Pettis, Ray seemed to have his number again on Friday night. The Scottish fighter took care of business by winning two of the three rounds and walking away with the decision win. Ray not only knocked Pettis out of the PFL Playoffs, but he left the former UFC champion broken (literally).

After the fight, Pettis took to social media to share a photo of two broken hands he sustained during his rematch against Ray. It is unknown when Pettis suffered the injuries, but it likely played a part in his performance. Check it out below:

Pettis, 35, is now just 1-4 as a member of PFL since joining the promotion in 2021. “Showtime” appears to be a shadow of his former self who won the UFC lightweight title all the way back in 2013, but we hope he heals after this loss to Ray and gets back on the horse. After all, Pettis is still extremely capable and he remains one of the more recognizable names in the sport today.