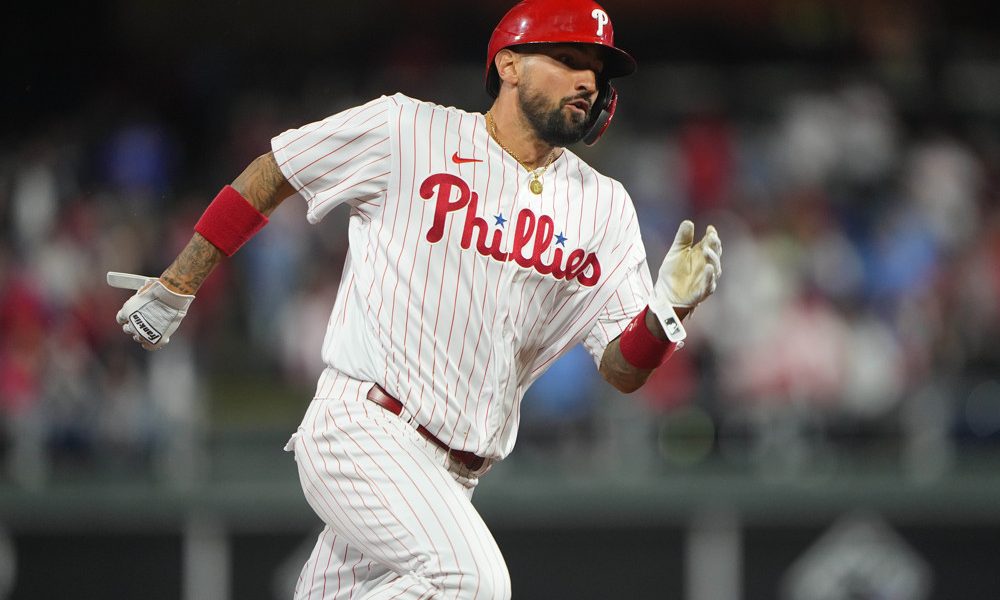 Just minutes after Dan Baker was honored for 50 years of service with the team, the Philadelphia Phillies stepped on the throats of the lowly Washington Nationals on Friday. for the first time since 2011.

Before the night was over, JT Realmuto and Kyle Schwarber would be in action, with the Phillies using one of the most humid days of the summer to hit five home runs, none of which were less than 360 feet.

That was more than enough for Kyle Gibson, who made arguably his best start as a Phillie. Gibson was perfect for six innings and would eventually limit the Nationals to just two hits and one run over eight innings.

“15,” Thomson said with a smile after the game. “Well, 11 actually. I’m always talking about building on five. Sometimes it takes a while. But that’s our next goal.”

Meanwhile, the Nationals — just three years away from winning the World Series — have fallen to 36-72, the worst record in baseball.

Prior to tomorrow night’s game, the Phillies will induct Bake McBride and Ron Reed into their Wall of Fame. Ranger Suárez then takes on Patrick Corbin as the Phillies aim for a series win and go 10 games above .500.

Phillies Nugget of the game

Dan Baker is considered the third public address announcer in MLB history to have worked for a single franchise for 50 years or more. The only others are Pat Piper (59 years with the Chicago Cubs) and Bob Sheppard (56 years with the New York Yankees).