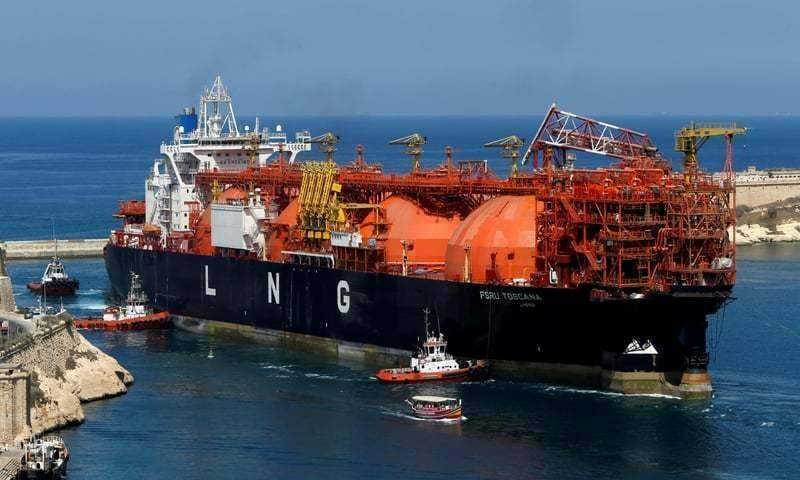 ISLAMABAD: Amid severe energy scarcity and unprecedentedly expensive fuel imports, Pakistan is pushing for more deferred gas imports from Qatar, which has been annoyed by roadblocks to its infrastructure investment plans, particularly in import terminals.

Authorities in Islamabad are working with Qatar at various levels to ramp up supplies of liquefied natural gas (LNG) to Pakistan to make up for the shortfall of four to five cargoes (about 400-500 million cubic feet of gas per day) per month.

At nearly every appointment, the other side wants to hear an update on how to clear hiccups in its plans to set up a merchant LNG terminal near Karachi.

The government has failed in recent weeks to take even a single load off the spot market before July, as quantities available on-site or otherwise are being driven by the United States into Europe with energy shortages amid Russia’s -Ukraine war and ready to pick any molecule at any cost.

Doha annoyed by roadblocks to its infrastructure investment plans

Qatar’s single offer of $40 per million British thermal units (mmBtu) for a July delivery was too expensive to be accepted at Qatar’s long-term contract price of $11-14. For the coming months, it seems highly unlikely that the government will be able to use its own capacity, as the sports price of LNG is not viable.

Informed sources said that Minister of State for Petroleum Dr. Musadik Malik visited Qatar a few weeks ago for additional LNG quantities. When approached, he chose not to comment on Qatar’s specifics, but said the government was exploring all avenues to see how to secure additional molecules to meet the needs of local industry and the needs of the local community. people at competitive costs.

He said he had several pricing models in mind, but the real challenge was the availability of additional energy quantities. He said the government would encourage private investment for competition and end monopolies. “We wouldn’t like to see a few faces in every area,” he said.

The sources said the Qatari ambassador to Islamabad also recently visited Prime Minister Shehbaz Sharif and had a follow-up session with Dr Malik to clarify that Qatar Energy was getting the wrong impression about its LNG terminal.

However, it is not just Qatar’s Energas but also Mitsubishi’s Tabeer Energy that has been running around with LNG terminal licenses, marketing and sales without any success in drawing pipeline capacity.

Informed sources said that not only the gas companies, but also regulators and relevant ministries had postponed the signing of the pipeline capacity contract or allowed third parties access to two future trading terminals – private projects with no government guarantee for the sale and purchase of LNG with the private sector. sector on commercial terms .

They have even received threats that their soon-to-expiring licenses would not be renewed. Meanwhile, many new terminal building opportunities for Pakistan are declining as European customers rush for additional LNG throughput.

dr. Malik again wrote to Qatar that the government of Pakistan and its people appreciated Doha for its continued support, especially in the supply of LNG under mutually beneficial long-term contracts. He reiterated that Pakistan’s “desire to increase the number of LNG shipments from Qatar under the two existing long-term deferred payment purchase agreements” and assured that the government of Pakistan “is also working diligently to remove the stumbling blocks related to third-party access that will accelerate Qatar Energy’s investment process in infrastructure development for LNG imports”.

The petroleum minister said Islamabad realized the restrictions due to the current turmoil in energy markets, but expected “a positive response” from Qatar for additional LNG shipments that would further strengthen the bilateral friendship.

The two new private licensees — Qatari Energas and Japan’s Tabeer — were particularly alarmed by a story at a recent Planning Commission Turnaround conference about the potential inability of Energas and Tabeer to come up with new terminals and thus the expansion of existing ones. terminals after the withdrawal of international arbitration and local liability cases. Energas and Tabeer were not invited to the conference.

The two existing terminals were awarded through a tender procedure in which the entire terminal capacity and associated infrastructure was for the exclusive use of the government. The terminal operators were given a guaranteed return based on approximately $100 million per year for the next 15 years.

As part of the contacts, the government had the right to grant access to third parties through its own quota to reduce its financial risk. However, the existing terminals now want to increase throughput capacity (LNG volumes) at an additional cost from new customers, on top of the government’s guaranteed payments. This would also mean reduced storage and increased throughput on government capacity.

Officials said such a settlement could raise legal questions and the tender process needs to be adjusted. Also, the Sui gas companies – the sole gas distributors – would have to agree to waive their rights to storage and mooring and transit restriction to accommodate third parties.

Tabeer and Energas are trying to build new terminals for their own consumption and their private customers and at their own risk from the private sector, as opposed to the guaranteed $100 million per year for the first two terminals.

Both have already been given the go-ahead from the cabinet and its other forums to use the pipeline capacities, but Sui companies have still not executed contracts, despite strict reminders from the Department of Energy and the regulator, Ogra.

Qatar has again asked Islamabad to invest in Pakistan to keep its infrastructure viable with backup supplies. Without such infrastructure, long-term contracts could be jeopardized, as witnessed in recent months in Europe, where due to low storage LNG cargoes were either stranded or sold in other markets at significant discounts to buyers.

Doha is not allowed to enter into additional long-term contracts because the value chain in Pakistan was unable to receive more than 10 long-term cargoes per month at the two terminals.