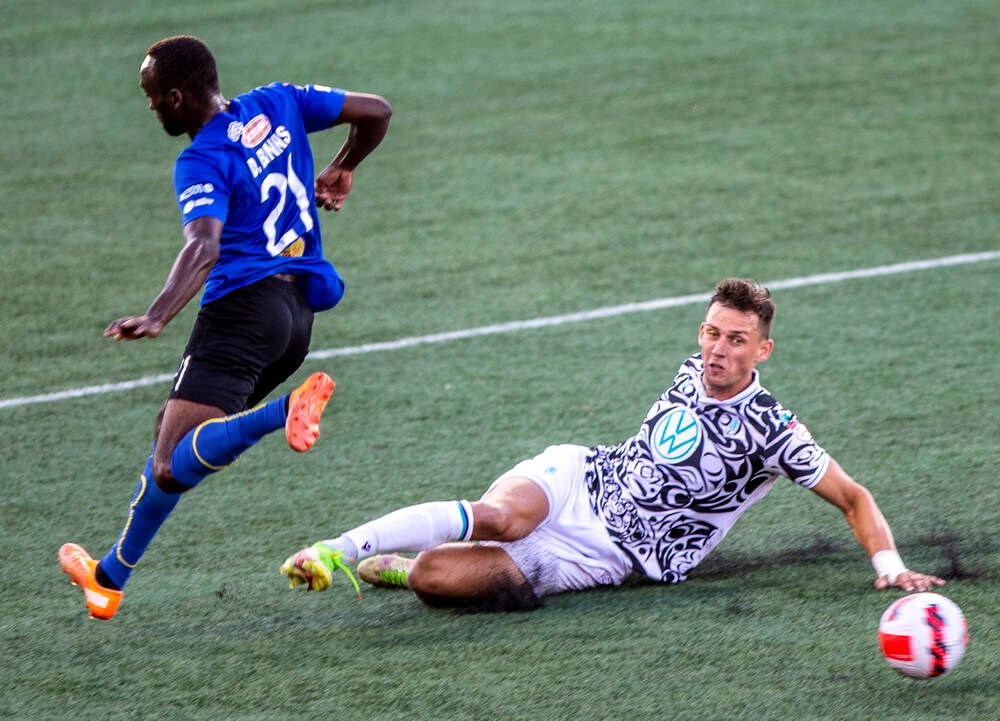 Ten days off couldn’t have come at a better time for Pacific FC, as two of the biggest games of the season are scheduled next.

But on the horizon for the Tridents is a CONCACAF League Round of 16 game on Tuesday night at Starlight Stadium against Costa Rican club CS Herediano.

“It has indeed been a busy few days for us with consecutive big games,” Pacific FC head coach James Merriman said Friday.

“But at the moment we are only focused on the game ahead, which is against Ottawa. Once we’ve done that, we shift our focus to the next game. But right now we’re looking at it game by game and Ottawa becomes a good test for our club.”

With a week and a half break since Pacific FC’s last game, a 6-0 CONCACAF League win over Jamaican side Waterhouse FC that sent PFC to the Round of 16, Merriman’s club is healthy and ready to go.

“We have recovered well and knowing that we have played two games in a row, the boys have taken care of their bodies and we have had good training sessions and are ready to go,” he said.

Pacific FC reached this difficult stretch without the services of top scorer Alejandro Diaz, who was transferred to Norway’s Sogndal earlier this week. Experienced midfielder Matthew Balidisimo was also sent out, who was loaned out to York United. And with newly-acquired veteran midfielder Cedric Toussaint not available until Tuesday at the earliest, it’s up to veterans like Josh Heard and Marco Bustos to keep the young squad in high gear.

“We expect Cedric to fit well in a number 6 (midfield) role when he is ready, but at the moment we have everyone available for Saturday and we will put the strongest team possible on the field to try and get the three points. to grab. ‘ said Merriman.