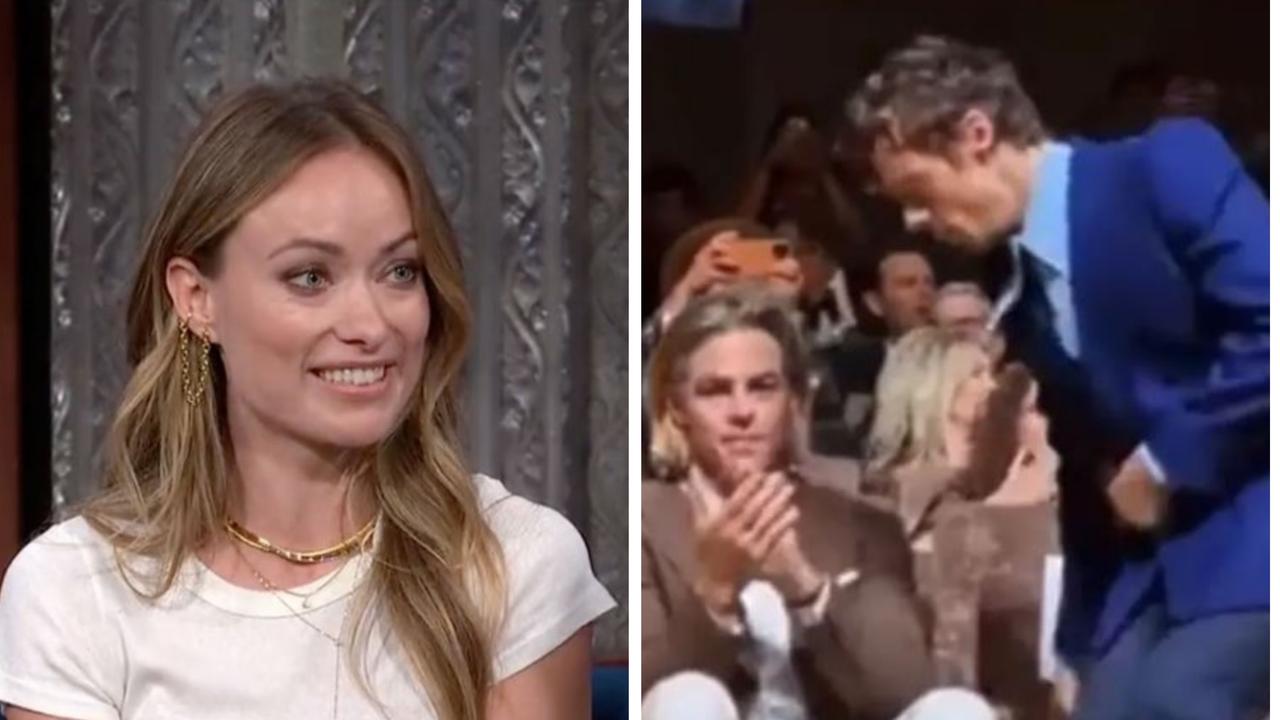 In a preview clip of today’s episode of The Late Show with Stephen Colbert, the don’t worry baby director defended her boyfriend, Harry Styles, amid claims he spat on Chris Pine.

Earlier this month, many speculated that the Watermelon Sugar singer, 28, spat on Pine, 42, after a video allegedly capturing the moment at the Venice Film Festival went viral.

In the clip, the Grammy-winning singer sat down next to Pine, who was sitting next to Wilde. When the singer-turned-actor bent down to take a seat, many said he spat on the actor, who froze in place before letting out a sly smile.

Although fans were convinced they saw saliva pouring out of Styles’ mouth, Pine’s representatives quickly stopped the rumors.

“This is a ridiculous story – a complete fabrication and the result of a strange online illusion that is clearly deceiving and allows for silly speculation,” the representative told People.

“Just to be clear, Harry Styles didn’t spit on Chris Pine. There is nothing but respect between these two men, and any suggestion otherwise is a blatant attempt to create drama that simply does not exist.”

Styles also addressed the rumors at a concert in New York City a few days later.

“I just came to Venice to spit on Chris Pine, but fear not, we’re back!” he said as the crowd erupted into cheers.

“Spitgate” was just one of many rumors the cast of DWD had to work this year.

Wilde came under fire last month when she claimed to have fired Shia LaBeouf from the film in an effort to protect Florence Pugh – which a leaked video later contradicted.

Fans suspected that this could be one of the reasons why Pugh and Wilde appear to have been arguing.

However, other people attribute Pugh’s coldness to the romance between Wilde and Styles that developed on set.

This story originally appeared on page six and has been republished here with permission.