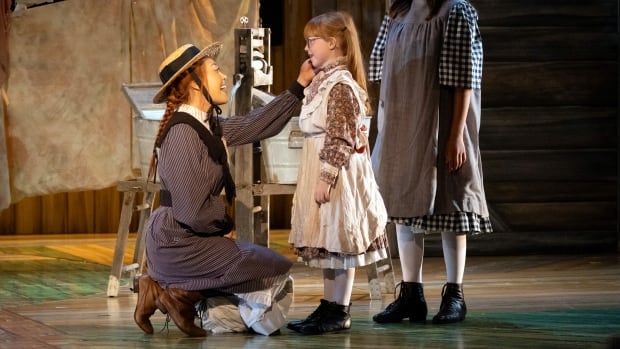 Anne of Green Gables – The musicalThe centerpiece of the Charlottetown Festival for over 50 years, it will now only be produced every other year, with no production next year.

Confederation Center of the Arts made the announcement Thursday morning in a press release.

The production base of the young heroine of Lucy Maud’s beloved novels Montgomery holds the world record for the longest-running musical to run each season.

It was performed at the festival every summer from 1965 to 2019, but the string was broken by the COVID-19 pandemic. After a two-year hiatus, it returned to the Confederation Center in 2022.

When there is no production of it Anna at the charlottetown arts center, the rights will be available every other year for other productions under the terms of a renegotiated rights deal.

The musical’s staging at the Charlottetown Festival “will be made available for the first time to schools and non-professional community groups in the Maritimes, through Concord Theatricals,” the press release said.

“This new agreement will also take the musical to other markets when it is not being presented at the festival, with beautifully conceived touring sets developed [Charlottetown Festival artistic director] Adam Brazier’s Guidance.”

Kelly Harron, the daughter of the musical’s co-creator Don Harron, is excited about opening up opportunities for new companies to host the show.

“The pandemic gave us a chance to envision how we can share the magic of Anne and Avonlea,” said Harron.

“Making the musical more accessible can inspire a new generation of theater performers and audiences.”

The show will then be performed on Charlottetown’s main stage in 2024, coinciding with Montgomery’s birth 150 years earlier, in 1874.