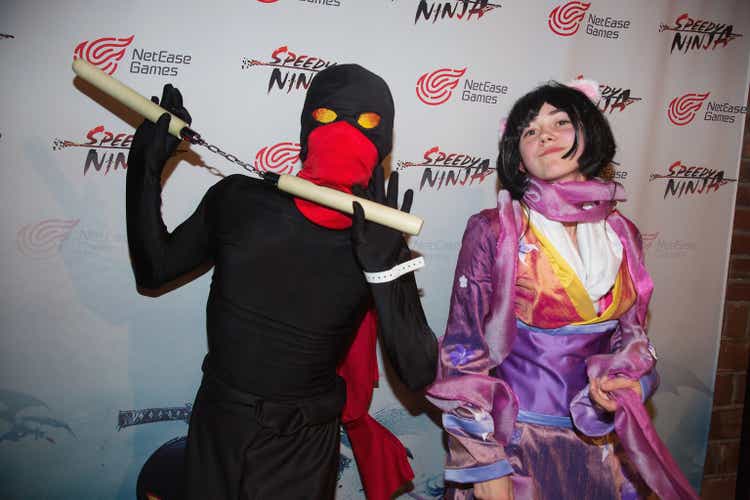 My Hold investment review for Netease, Inc.’s (NASDAQ: NTES) [9999:HK] stock remains unchanged as per my previous May 24, 2021 article for NTES. In that earlier update to the company, I reviewed NetEase’s Q1 2021 financials performance. and discussed the impact of a new music distribution agreement on the company.

With this latest article for NTES, I’m previewing NetEase’s upcoming Q2 2022 earnings and discussing the prospects of its gaming business. The upcoming announcement of NTES’ second quarter 2022 financial results should be a non-event as I expect the second quarter results to be in line with expectations. The company’s expected strong year-over-year growth in the second quarter of 2022 is largely driven by a low base for the second quarter of 2021, while the company’s revenue and profits are expected to decline slightly from the second quarter. More importantly, NetEase has not received any new game approvals in China as of August 2021, making it even more important for NTES to achieve success abroad. Taking all of these factors into account, I consider the risk reward for NTES to be reasonable and deserving of a Hold rating.

NetEase previously issued a press release on August 2, 2022, announcing that it will release its second quarter 2022 financial results on August 18, 2022 ahead of trading hours.

On a QoQ basis, NetEase’s expected financial performance is less impressive. The sell-side analysts are forecasting NTES QoQ topline and bottomline growth rates for the second quarter to be -1.3% and -1.9%, respectively. The meager QoQ growth numbers aren’t much of a surprise, given the outlook and outlook for NTES’ core gaming business, which I’ll describe in the following sections.

I choose to focus primarily on NetEase’s online game services or gaming segment for this article, as this company contributed 87% of its gross profit last year as per the FY 2021 20-F filing.

Approvals of new games in China have been delayed between August 2021 and March 2022, and this is an indicator of policy headwinds for the Chinese game industry. China is concerned that minors are obsessed with playing games, and the earlier suspension of the approval of new games in the country is widely seen as one of the measures taken by the government to address this issue. . Last year, China introduced new rules to limit the number of playing hours for minors.

To make matters worse, NetEase and its main Chinese gaming peer, Tencent Holdings Limited (OTCPK:TCEHY) (OTCPK:TCTZF) [700:HK] have not approved any of their games in recent months since new game approval resumed in April 2022. To illustrate, more than 130 new games received approval from the Chinese regulatory authorities for July and August 2022, but both gaming giants, Tencent and NetEase, have not received any new game approvals. It is very likely that regulators in China have chosen to give higher priority to smaller gambling companies. In my opinion, the Chinese authorities are probably still eager to curb monopolistic behavior in a general sense, preferring that larger players do not expand their market share and influence in a meaningful way.

On the other hand, there is a short-term catalyst for NTES in terms of a new major game release (which was previously approved in February 2021), and there are signs that the company is becoming more aggressive in international market expansion.

NetEase announced on July 25, 2022 that “it has officially launched the highly anticipated Diablo Immortal in the Chinese market on iOS and Android mobile platforms on the same day”. According to an Goldman Sachs (GS) report (not publicly available) titled “Thoughts on Diablo Immortal releases in China”, also published on July 25, GS analysts on the sales side have estimated that Diablo Immortal reported an “annual gross sales of Rmb5.1bn in China will achieve within a year of release” based on a comparison with “the game’s Korean counterparts”. This estimate of gross revenue for Diablo Immortal is equivalent to a significant 6% of NTES’s 12-month revenue according to S&P Capital IQ data.

Separately, NTES has established two new gaming studios in the US in recent months. The company opened its first US gaming studio in Austin in May 2022, followed by a second gaming studio in Seattle in August 2022. While NetEase does not disclose the revenue breakdown for the company, NTES’s qualitative disclosures indicate that it relies heavily on its home market, China. In its FY 2021 20-F filing, NetEase stated that “substantially all of the Group’s revenue from reportable segments comes from China.” But NetEase is taking a step in the right direction with its recent moves to have a larger presence in the US.

NetEase guarantees a Hold rating. I don’t expect any major positive or negative surprises related to the forthcoming release of NTES’ Q2 2022 results. In the medium to long term, the gaming business’ prospects are mixed with regulatory headwinds offset by international expansion plans and a promising new game release, Diablo Immortal.