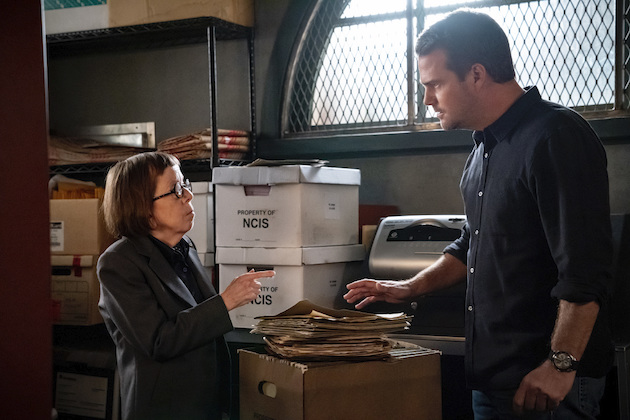 Perhaps the wedding bells for Callen and Anna are heralding the (last) long-awaited return of NCIS: Los Angeles‘Hetty?

Original cast member Linda Hunt’s enigmatic character last appeared on camera in May 2021, at the end of Season 12, when Hetty appropriately ended her last disappearing act of wishing Nell and Eric the best with their lives after NCIS.

Coming out of that, there was a plan to have Hunt back for season 13, and ideally to a greater extent, but you know what they say: “Man is planning, and God and COVID are flowing with laughter.” As a result, Hunt only appeared in last October’s premiere, where Hetty informed Kilbride that she had to return to Syria (where she’d spent much of season 12 and apparently left things in a mess).

As a result, Callen only had to rummage around looking for the latest,last truth about his childhood – namely whether he was just one of the a lot young people “recruited” and supervised by Mrs. Lange. But on a much happier note, Season 13 ended with Callen proposing Anna Kolchek for a sunset on the beach, and his longtime girlfriend happily accepted.

As part of TVLine’s in-depth NCIS: Los Angeles Fall Preview, showrunner R. Scott Gemmill said that shortly after Season 14 opens (on Sunday, October 9), Callen (played by Chris O’Donnell) will be thinking about his and Anna’s (Bar Paly’s) upcoming wedding when “he realizes he has unfinished business and wouldn’t want to get married without Hetty present.’ Callen’s desire to have his adoptive mother on hand for his big day will – eventually, hopefully – hasten a return for Hetty and 77-year-old Hunt.

“The plan,” Gemmill says, “is to rescue her at some point and find out what she’s gotten herself into.

“We’re only trying to figure it out schedule-wise when we can get that done,” he added. “That was the plan last years too, but it did not come to fruition. We had a bit of a [COVID variant] strong, but things seem to settle down a bit. Hopefully nothing new will come and we can deliver this year.”

NCIS: Los Angeles Season 14 premieres on Sunday, October 9 at 10/9c, where it comes out now! the equalizer and the freshman police drama Eastern New York.

Want to brag? NCIS:LAor for another show? Email [email protected] and your question can be answered through Matt’s Inside Line.