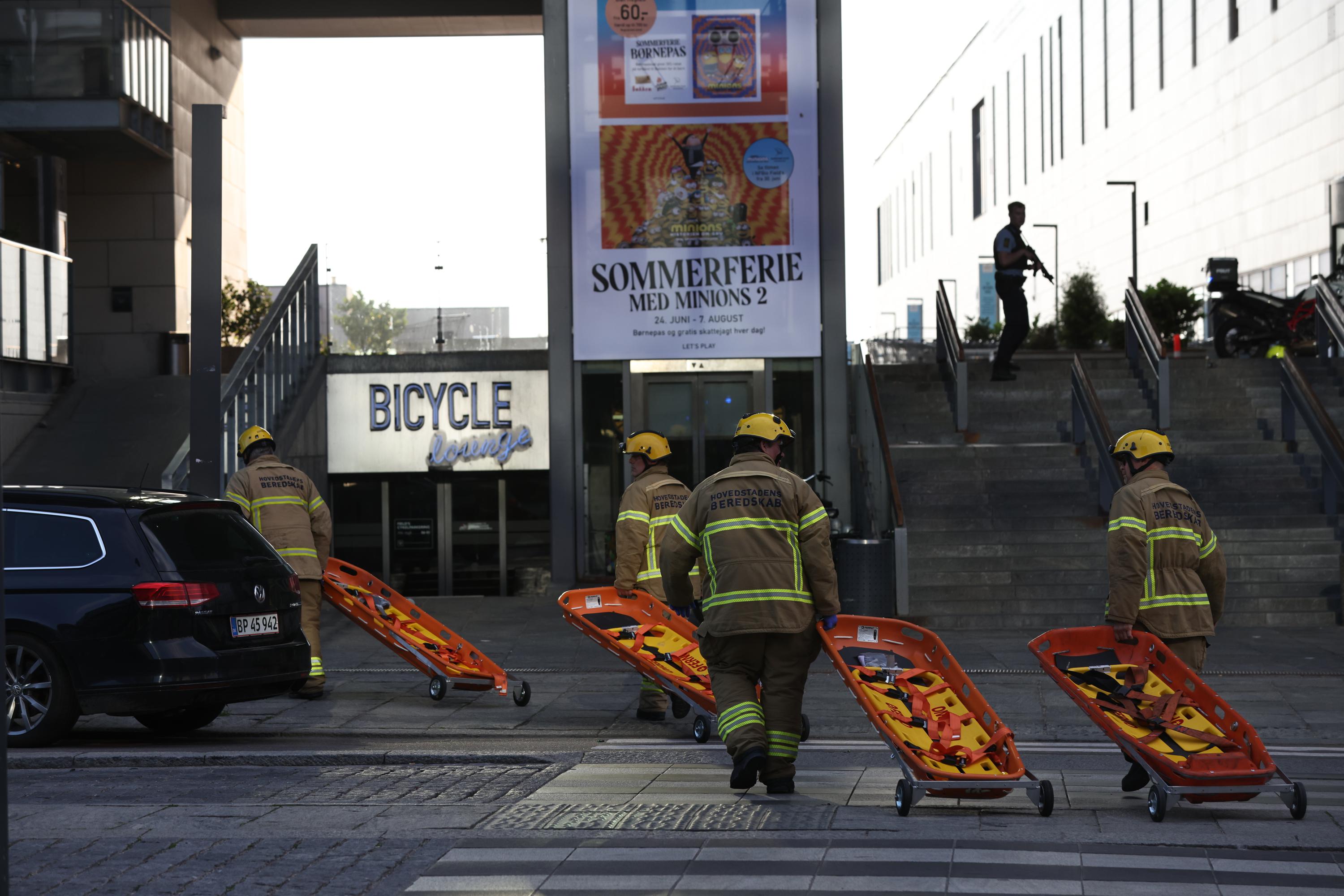 A 22-year-old Danish man was arrested, Copenhagen Police Inspector Søren Thomassen told reporters, adding that there was no indication that anyone else was involved in the attack, although police were still investigating.

Thomassen said it was too early to speculate about the motive for the shooting, which took place in the late afternoon at Field’s, one of the largest shopping centers in Scandinavia and located on the outskirts of the Danish capital. When the shots rang out, some people hid in shops while others fled in panic, witnesses said.

“It is pure terror. This is horrific,” said Hans Christian Stoltz, a 53-year-old IT consultant, who brought his daughters to see Harry Styles perform at a concert scheduled for Sunday evening near the mall. “You may wonder how anyone could do this to another human being, but it goes beyond… anything possible.”

Thomassen gave no specific number of casualties, except that there were several dead and several injured. He said the suspect was an “ethnic Dane”, a phrase usually used to indicate that someone is white.

Danish broadcaster TV2 published a grainy photo of the alleged gunman, a man wearing knee-length shorts and a tank top, holding what appeared to be a rifle in his right hand.

“He seemed very violent and angry,” eyewitness Mahdi Al-Wazni told TV2. “He spoke to me and said it (the gun) is not real while I was filming him. He seemed very proud of what he was doing.”

Danish Prime Minister Mette Frederiksen said the Scandinavian country has been hit by a “cruel attack”.

“It is incomprehensible. Heartbreaking. Pointless,” she said. “Our beautiful and usually so safe capital had changed in a split second.”

Footage from the scene showed people running out of the mall and TV2 posted a photo of a man being placed on a stretcher. After the shooting, a huge contingent of heavily armed police officers patrolled the area, while several fire engines were also parked outside the mall.

Laurits Hermansen told Danish broadcaster DR that he was with his family in a clothing store in the shopping center when he heard “three, four bangs.” Really loud bangs. It sounded like there was shooting right next to the store.”

The shopping center is located on the outskirts of Copenhagen, opposite a metro station for a line connecting the city center with the international airport. A large highway also runs next to the shopping center.

Organizers have canceled Harry Styles’ concert, which was scheduled to take place at the nearby Royal Arena, on police orders.

Styles wrote on Snapchat: “My team and I are praying for everyone involved in the shooting at the Copenhagen mall. I am shocked. Love H.”

The royal palace said a reception with Crown Prince Frederik linked to the Tour de France cycling race had been cancelled. The first three stages of the race were held in Denmark this year. The reception would take place on the royal yacht moored in Soenderborg, the place where the third stage ended.

In a joint statement, Queen Margrethe, her son Crown Prince Frederik and his wife Crown Princess Mary said: “We do not yet know the full extent of the tragedy, but it is already clear that more people have lost their lives and that there are more more injured.”

“The situation calls for unity and concern,” they said in a statement.

The shooting came a week after a mass shooting in neighboring Norway, where police say a Norwegian man of Iranian descent opened fire during an LGBTQ festival, killing two and injuring more than 20.

While the number of casualties in Copenhagen on Sunday was unclear, it appeared to be the worst gun attack in Denmark since February 2015, when a 22-year-old man was killed in a shootout with police after a shooting in the capital that killed two people and five police officers. were injured.