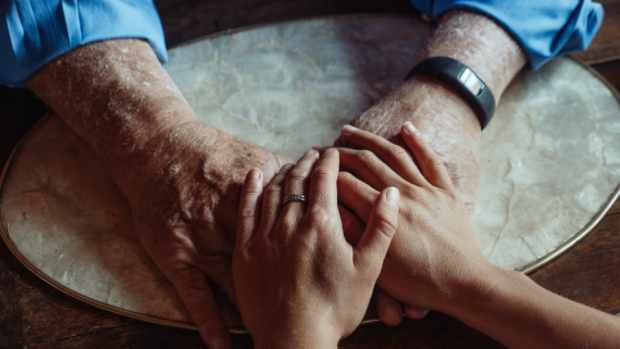 In a sweeping new report, Alzheimer’s and dementia experts are calling for better patient treatment and better education for healthcare professionals, showing that the majority of dementia patients receive little to no care after diagnosis.

Alzheimer’s Disease International (ADI) stated in a press release for the annual World Alzheimer’s Report that up to 85 percent of dementia patients worldwide may not receive care for their dementia after diagnosis.

“We don’t question whether people with cancer need treatment, so how come when people are diagnosed with dementia, they often don’t get treatment or care?” Paola Barbarino, CEO of ADI, said in the release.

“Coupled with improving diagnosis rates, post-dementia diagnosis should be recognized as a human right.”

The 416-page report features numerous essays by experts, caregivers and patients, all of which shed light on various aspects of the condition, from early warning signs to diagnosis to treatment and living fully with dementia.

Chapters include discussions of risk reduction, dementia in the LGBTQ2S+ community, examining specific dementia care models from Brazil to Canada, addressing the dementia care needs of a person with Down syndrome, and how to prevent falls in people with a rare form of dementia for the first identified in Toronto.

“It’s a wealth of information that you can access online for free,” Serge Gauthier, co-lead author of the report, told CTVNews.ca in a telephone interview. “This will be the global reference for the next five years.”

But the big takeaway this year for the World Alzheimer’s Report 2022 is that post-diagnosis care needs to improve significantly.

About 55 million people around the world, and more than 500,000 in Canada alone, live with dementia, a condition that usually affects older adults and varies in severity. Alzheimer’s disease is the most common form of dementia and one of the most serious.

Gauthier, a professor of neurology and psychiatry at McGill University and director of the Alzheimer’s Disease and Related Disorders Research Unit at the McGill Center for Studies in Aging, described dementia as “a combination of decline in cognitive abilities, usually memory.

“But it can be problems with orientation, directions when you drive and eventually in your house. It affects your daily life. You can’t live safely alone,” he said.

Treatment for people diagnosed with dementia or Alzheimer’s disease can vary depending on how severe their dementia is and its cause, but includes a range of interventions to improve patients’ quality of life. Think of home care, access to health care, adaptations to the home to be able to live there as long as possible, therapy, support with daily activities and pharmacological treatments.

But many do not receive this care, the report shows.

“When people are diagnosed with dementia, most of them aren’t told what to do other than ‘get your business and good luck,'” Gauthier said.

He gave the example of a cancer patient who would get a nurse they could turn to for help. This situation is not self-evident for dementia patients after a diagnosis.

“We need to care for people with dementia even if there is no cure because there is a lot of good treatment and management then people can have a good life for several years after diagnosis.”

One of the essays in the report was written by Roger Marple, a Canadian with dementia, who said in the press release that seeing a diagnosis of dementia as the end of the road is harmful.

“After my diagnosis I heard things like ‘Why should we do something about dementia care? They (people with dementia) just die anyway’,’ he said. “Comments like this are incredibly demotivating.”

Dementia is not just ‘getting old’, experts emphasize.

While some decline in memory and physical ability can be expected with aging, the effects of dementia go much further, experts say.

But many healthcare providers are still unaware of this. A survey from the 2019 ADI report found that of 70,000 respondents in 155 countries, 62 percent believed dementia is a normal part of aging.

This belief is part of the broader problem with access to care, “fueling the lack of support for people with dementia,” Barbarino said.

“Another part is that health care systems around the world are not prepared for the growing public health crisis that dementia brings, and governments need to act.”

In addition to essays from experts and patients, the report includes data from three studies that aimed to provide a snapshot of care after a diagnosis of dementia, or lack thereof.

The studies were conducted between May and June 2022 and included 365 people with dementia from 41 countries, as well as 1,669 informal carers and 893 professional carers in 68 countries and 69 countries, respectively.

Nearly 60 percent of health care professionals surveyed said they feel they don’t have enough time to care for a person with dementia.

More than a third of them reported feeling stressed or pressured at work, and a further quarter said it affects their abilities.

The pandemic’s impact on the healthcare system — ranging from the death toll from COVID-19 to the burnout and emotional stress that has driven many other health professionals out of the profession — has only made an existing problem worse, experts say.

Even before COVID-19 arrived, there were not enough clinicians who understood dementia treatment, demonstrating the need for education.

“Globally, clinicians are both undereducated in dementia and insufficiently resourced to provide adequate post-diagnosis care for people with dementia,” Barbarino said. “It is up to governments to strengthen their health care systems so that it is possible for health professionals to provide quality care that people with dementia desperately need.”

Gauthier emphasized that education for healthcare professionals is one of the most important aspects in increasing good care for dementia patients.

Instead of referring patients to the declining number of specialists, GPs would be better positioned to continue treating their patients when they develop dementia.

“One of the conclusions of the report is that education, when done right, starts at university or college, or whatever professional school these carers are trained in, when it’s really done with input from people with dementia and families, carers going through it, that would change attitudes and maybe motivate people,” he said.

“So education is the big message we’re bringing out and the conclusion of this year’s report.”

McGill is currently starting a program that requires all health professional schools to “have at least one exposure to a person, a caregiver, someone who cared for someone with dementia, possibly even someone with mild dementia, (who) would come forward and talk about how they feel.”

Aside from better education, one of the report’s main suggestions is that governments will commit to funding to ensure a new role of health professional is possible: a “navigator”, who could act as a contact person for a person who just diagnosed with dementia, connecting them with resources and support.

“It significantly improves the quality of life for a person with dementia if they have clear access to health resources, care, information, advice, support and, most importantly, life adjustments and adjustments,” Barbarino said. “Ensuring that these navigators can act as a single point of contact for people with dementia could be key to navigating this incredibly complex journey.”

Gauthier pointed out that increasing awareness of dementia in the general population could also have a huge impact on the quality of life of those experiencing the early stages of dementia.

“Most people in our culture in Canada, once you get into severe stages of dementia where you can’t live alone, you end up in a nursing home,” he said. “But in the years before that, you’ll be home and maybe living alone for two to four years if you only get a visit from your neighbor or family or community network staff just to make sure you’re safe and take care of yourself. take out your pills and oven and you have plenty of food in the fridge.”

With this kind of community support, seniors with mild dementia can maintain that independence for longer than they might not otherwise be able to, he said. And when medical care is stretched so thin for people with dementia, it can be even more important.

Medical advances in dementia care are on the horizon, he added, with some drugs likely to be approved in Canada in about three years, and a blood test to identify early-onset dementia in the works.

But the clinician’s knowledge must be there to handle the moment, which is why Gauthier emphasizes education.

“Every professional school, be it Nursing, Social Work, or… Pharmacists, should have something in its core program about dementia, at least enough on how to recognize it and practice it to know that there is someone who has a assessment and then how to care for someone known to have dementia.”