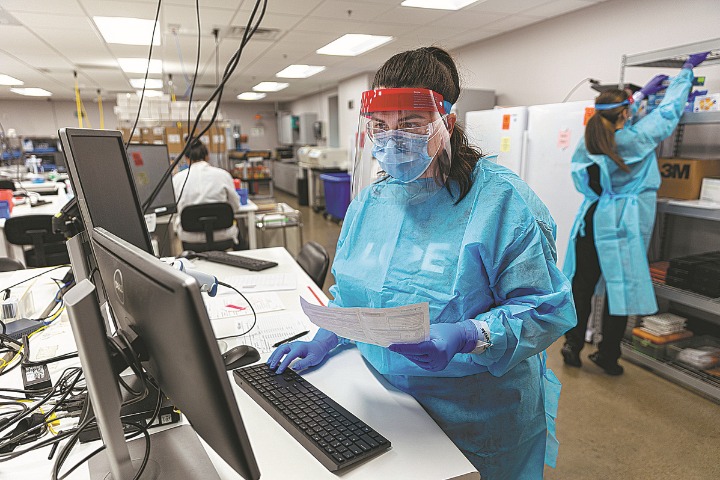 US health emergency statement may come too late to stop spread, experts say

The administration of US President Joe Biden on Thursday declared the monkeypox outbreak in the country a public health emergency, but many health experts fear it may be too late to contain the spread of infection.

Criticism of the White House’s response to the disease outbreak is mounting, with experts saying authorities have been slow to distribute treatments and vaccines.

The White House statement indicates that the monkeypox virus now poses a significant risk to civilians. Health and Human Services Secretary Xavier Becerra is considering a second statement that would allow federal officials to accelerate medical countermeasures, such as other potential treatments and vaccines, without undergoing extensive federal assessments.

That would also allow for more flexibility in how current vaccine offerings are administered, Becerra said.

About 6,600 monkeypox infections have been reported in the United States, a number that has risen sharply in recent weeks.

Lawrence Gostin, a public health expert at Georgetown University, said the statement of the health emergency “indicates the gravity and purpose of the US government and sounds a global alarm.” But he told The Associated Press that the action was too late.

Gostin said the government has been too cautious and should have declared a nationwide emergency earlier.

On July 23, the World Health Organization declared a global health emergency over the outbreak, with cases in more than 70 countries.

Since doctors diagnosed the first US case on May 27, the virus has spread rapidly in the country, with the highest per capita rates in Washington, New York and Georgia.

More than 99 percent of infections occur among men who have sex with men.

The virus is usually transmitted during close physical contact. So far, no deaths from the disease have been reported in the US.

The country now has the highest number of cases from non-endemic countries, and the number is expected to rise as surveillance and testing improve.

Monkeypox is endemic to parts of Africa where humans have been infected through bites from rodents or small animals. Classification as endemic means that a disease is constantly present in a population, but does not affect an alarmingly large number of people, as is typically seen in a pandemic.

On their website, the Centers for Disease Control and Prevention say of the virus: “The monkeypox virus is part of the same family of viruses as the variola virus, the virus that causes smallpox. The symptoms of monkeypox are similar to the symptoms of smallpox, but milder. , and monkeypox is rarely fatal. Monkeypox is not related to chickenpox.”

There is growing concern that the US has lost its chance to contain the monkeypox virus. Some public health experts have pointed the finger at the government for its slowness in rolling out vaccines and treatments.

“The window for containing monkeypox is closing soon,” Gostin warned in an interview with CNN late last month. He had called on the US to declare a national public health emergency and make more vaccine doses available.

“I think it’s still possible to contain it, but it’s also possible for this to become endemic in the United States,” he said.

Supplies of a monkeypox vaccine called Jynneos are limited even as demand rises. The administration has been criticized for moving too slowly to expand the number of doses.

Federal officials have determined that about 1.6 million people are most at risk for monkeypox, but the US has received enough doses of Jynneos to fully cover only about 550,000 people.

The vaccine shortage was partly caused by the early failure of the Department of Health and Human Services to bottle large stocks of the vaccine it already held for distribution, The New York Times reported, citing to multiple unnamed government officials familiar with the matter.

The government is now distributing about 1.1 million doses of vaccine, less than a third of the 3.5 million health officials now need to fight the outbreak. It expects the next delivery, of 500,000 doses, only in October.