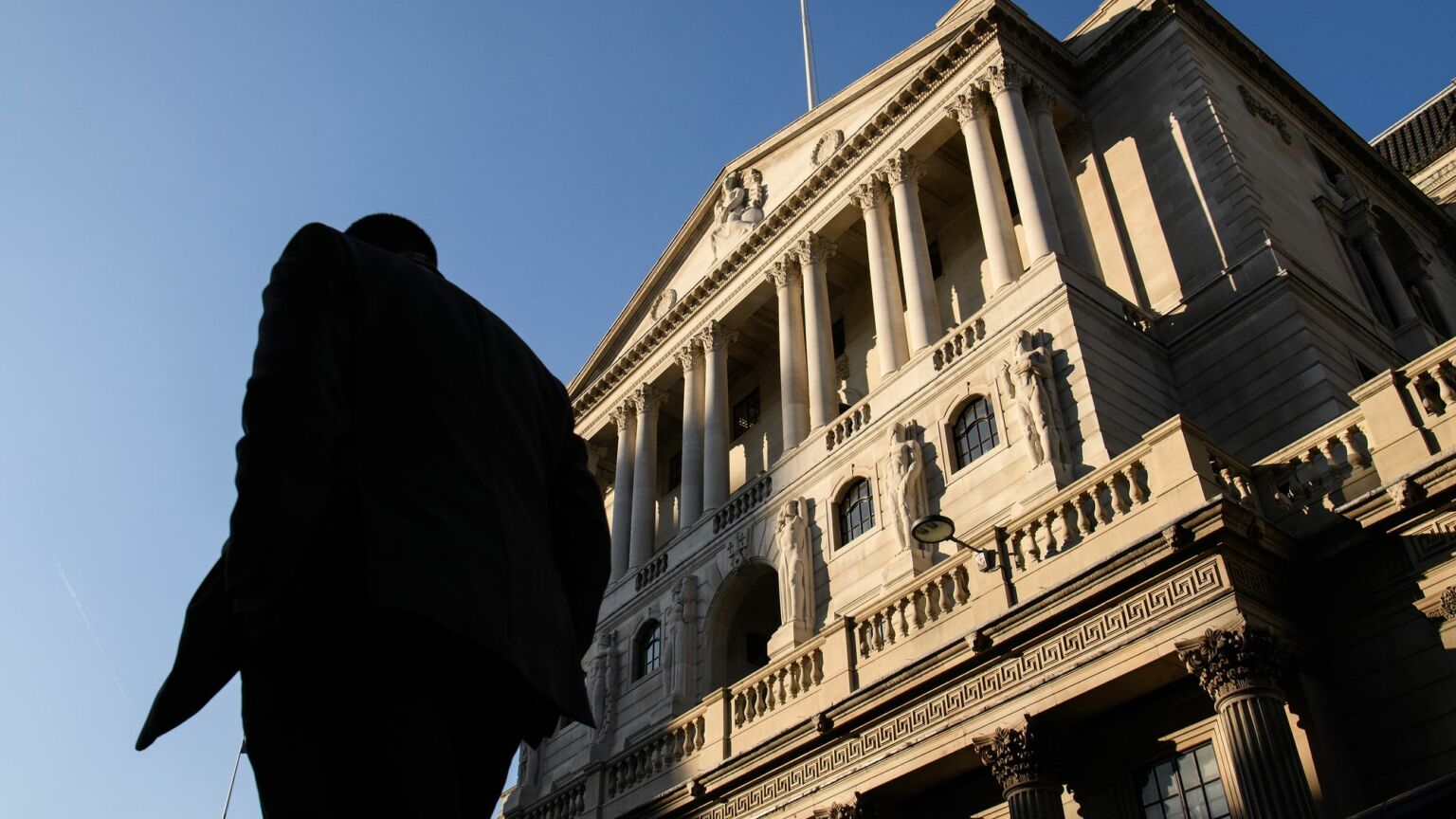 ‘It’s the economy, you idiot!’ goes the old political saying. Indeed, polls over the decades have consistently placed the economy as one of voters’ top concerns. And yet in Britain today many important economic decisions are completely out of the hands of the public.

Take this week’s decision by the Bank of England to raise interest rates from 1.25 percent to 1.75 percent – the largest rate hike in 27 years. Whatever the rights and injustices of the decision, it is remarkable that we as humans had nothing to say about it.

Since the Bank of England gained ‘independence’ of elected governments from New Labor in 1997, only nine members of the bank’s Monetary Policy Committee have had the casting vote. These are nine people who have never been elected and most people have never heard of. Yet they have the power to change the economic fate of millions of borrowers, savers and businesses.

When the ‘independent’ Bank of England raises or lowers interest rates, prints or liquidates money, even our elected politicians are reduced to mere spectators. Chancellor Nadhim Zahawi was, according to the Spectator, not even in his office yesterday for the tariff announcement. Simon Clarke, Chief Secretary to the Treasury, was also from Whitehall.

Meanwhile, the two hopeful Tory leaders could only say how they would react to the decision if they were prime minister. Liz Truss said she would call an emergency budget. Rishi Sunak could only say it was a reminder of the ‘need to tackle inflation’. Both know that they will not pull on the powerful leverage of interest rates.

The argument for “independence” is essentially that politicians and their public are too fickle—perhaps even too unwise or uneducated—to be entrusted with economic matters as complex and as pervasive as monetary policy. It is said that it is better to leave it to technocratic experts who know what they are doing and what is best for us.

The Bank of England’s own inflation figures – from 9% now, rising to 13% by the end of the year – should at the very least cast doubt on this authority. The staggering price hikes now hurting the country are more than a little off the bank’s inflation target of two percent a year.

Of course, as everyone knows, there are some important external factors fueling these historic price increases. The war in Ukraine has caused a global energy shock. In addition, two years of on-and-off Covid lockdowns have entangled the world’s supply chains. The Bank of England’s counterparts in Washington and Frankfurt aren’t doing any better either: CPI inflation is also currently around 9% in the US and the EU.

But it is not that the Bank of England has been a frugal custodian of the money supply in the run-up to the recent crises. For much of the bank’s 25 years of independence, it has pursued the kind of ultra-easy monetary policy that politicians may not have dared. Since the recession of 2008, interest rates have remained historically low, while the money printer has gone haywire.

It is often said that those “irresponsible” elected politicians never cut interest rates below five percent in the 25 years before independence. Meanwhile, the “sensible” central bankers have kept them below two percent for more than a decade. But as Sky News’ Ed Conway pointed out, while the Bank of England might claim to have met its inflation targets for the first two decades, the truth is that inflation had fallen as early as 1997 – precisely those “misbehaving politicians” banked would have saved us. Exchange rate reforms were much more drastic in terms of keeping inflation low than central bank independence, Conway said.

As for “quantitative easing,” it’s again the technocrats who have acted like the kids in the candy store. About 900 billion pounds have been printed by the Bank of England since the global financial crisis, of which 445 billion pounds pre-pandemic. These ultra-easy monetary conditions may have kept asset prices high in the short term and some businesses alive, but in the long run they have created a zombie economy stripped of all dynamism.

On the 15th anniversary of banking independence, before the current inflation horrors could even be imagined, financial times had to admit that giving up democratic control had been a ‘well-intentioned failure’. The usually steadfast technocratic FT noted that elected ministers would be subject to far more scrutiny – from parliament, from the media and from the general public – than any bank governor or MPC member. It even argued that the independence of the Bank of England may have exacerbated the global financial crisis – as its outsourcing policy to an ‘independent’ institution meant ministers were less responsive to the problems brewing at Lehman Brothers and elsewhere.

But despite the problems exposed by the credit crunch, the Bank of England has only grown more powerful since then. After the Conservatives came to power in 2010, Chancellor George Osborne gave it the power to regulate the city, as well as new so-called macroprudential powers, including testing the resilience of the financial system and putting restrictions on mortgages.

In 2013, Osborne had archtechnocrat Mark Carney flown in from Canada as the Bank of England’s first foreign governor. Under Carney, the bank was given powers for even more policy areas. Carney made it his mission to fight the twin evils of climate change and Brexit. (For now, at least we should be thankful that the Bank of England is not tasked with ensuring “racial equality” in the UK – which recently became the US Federal Reserve’s third priority next to price stability and full employment.)

Then there are the many blunders of current Governor Andrew Bailey. His prediction made last year that a rise in inflation to four percent would be ‘temporary’ shows that the experts could be clearly wrong. And his comments in February calling on workers to show “restraint” when asking for wage increases should make it clear that there is nothing apolitical about managing the economy. There are always competing trade-offs, interests and class conflicts. The economy is essentially about people’s lives and livelihoods, not just numbers on a spreadsheet.

Our economic future is far too important to be left to the experts. It’s time to take back control of the Bank of England.

Fraser Myers is deputy editor-in-chief at pointed and host of the spiked podcast. Follow him on Twitter: @FraserMyers