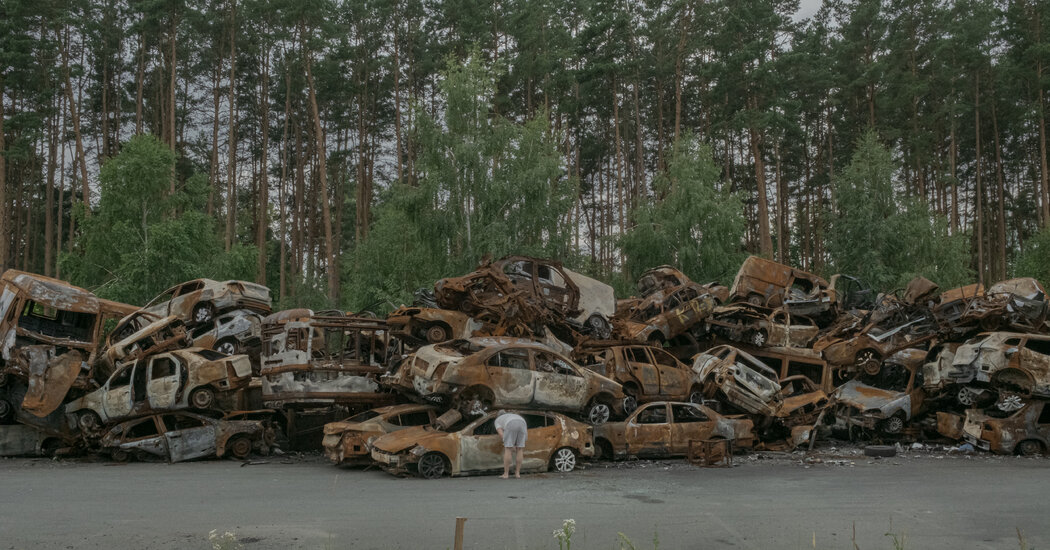 Explosions hit the center of a Russian city just north of Ukraine early Sunday, killing four, officials said, in the deadliest episode known to affect civilians in Russia since the war started.

The Russian Defense Ministry blames Ukraine for the explosions in the city of Belgorod. Although Ukraine has occasionally hit fuel and military targets in Russia’s border region, this is the first time Russia has accused Ukraine of attacking a major city center on the Russian side of the border with a deadly attack.

Russian officials said Ukraine had fired three Soviet-era missiles at Belgorod, all of which had been shot down by Russian air defense systems. One fell to the ground in central Belgorod, causing destruction, they said.

There was no immediate comment from the Ukrainian military, but an adviser to Ukraine’s interior ministry, Anton Gerashchenko, said he believed Russia itself was responsible for the strike, and said it was intended to be used for propaganda. Ukraine and its international allies have repeatedly condemned Russia for attacking civilian infrastructure on a much larger scale since it invaded its neighbor in February.

The governor of the Belgorod region, Vyacheslav Gladkov, said four people were killed, including three Ukrainians; According to Russian state media, the three were a refugee family from nearby Kharkiv. Gladkov said the blast damaged 11 apartment buildings and 39 homes, including five that were destroyed.

“What is happening now is of course an extremely difficult situation,” Mr Gladkov, in a T-shirt and jeans, told residents on a sidewalk in Belgorod on Sunday morning, according to a video published by Russian media. “To say I can tell you this won’t happen again — I can’t, you know this.”

Some Russian politicians called for immediate retaliation against Ukraine on Sunday, but the Kremlin has previously tried to downplay any Ukrainian attacks on Russian soil — apparently concerned about giving the impression Russian civilians are at risk in a war that officials dub as a “special military operation.”

That approach appeared to be changing on Sunday morning, when Russia’s defense ministry issued a statement saying that Ukraine had attacked residential areas in the cities of Belgorod and Kursk using Tu-143 drones and Tochka-U missiles in a “deliberate attack”.

Russian air defense systems shot down all of Ukraine’s missiles, but fragments of one missile fell on a house in Belgorod, Russian Defense Ministry spokesman General Igor Konashenkov said in the statement.

“I want to emphasize that this missile attack was deliberately planned and carried out against the civilian population of Russian cities,” General Konashenkov said.

“We have so far refrained from taking such steps, but we will monitor developments closely,” she said in a statement. “Those who act in this way should be aware that if the provocations continue, they better watch out.”

Images posted by Russian news channels and on social media showed smoke rising from parts of the city, with at least one house on fire.

While the residents of Belgorod are no longer surprised by the occasional explosions of air defense systems, Sunday was different, a local blogger, Vladimir Kornev, said in a telephone interview.

“What is unique today is that this has touched the center of the city and it has greatly influenced everyday life,” said Mr Kornev.

Ukrainian authorities have said little about attacks on Russian soil. US and British officials have also said they believe Ukraine has the right to retaliate against military targets in Russia. The United States has urged the Ukrainian military not to use the newly delivered US long-range artillery for cross-border attacks.