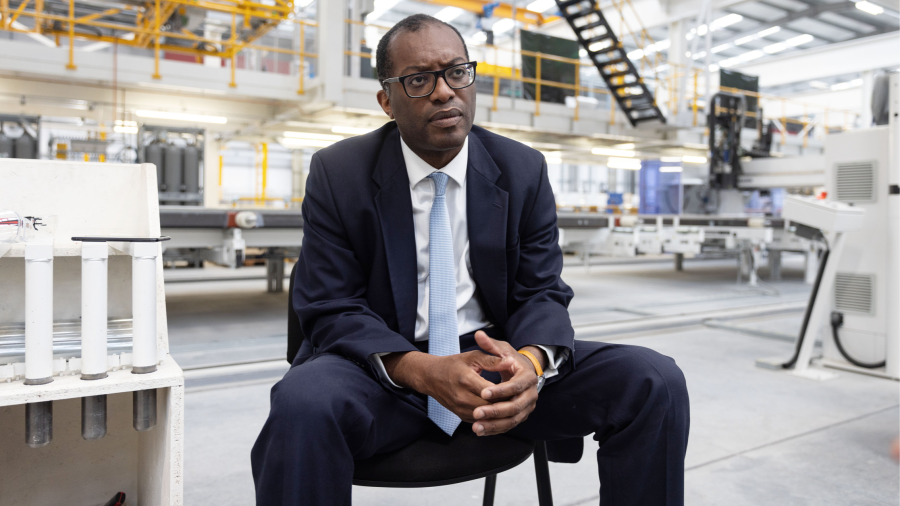 Kwasi Kwarteng’s first ‘mini-Budget’ turned out to be the biggest UK tax-cutting event in 50 years, prompting senior government figures to talk about the Chancellor’s ‘shock and awe’ approach.

It certainly shocked the markets. By the time Kwarteng presented his tax-cutting, debt-fueled ‘growth plan’ in the House of Commons on Friday, sterling collapsed and the cost of government borrowing rose.

But Kwarteng, in conversation with the Financial Times, seemed unperturbed. “I’m always calm,” he said. “Markets move all the time. It’s very important to stay calm and focus on the long-term strategy.” He denied that the markets were in a panic.

The 47-year-old chancellor has long advocated a small, low-tax state approach to run the economy, particularly in a 2012 free-market channel – Britannia unleashed. Liz Truss was one of the co-authors.

Even before Truss officially became prime minister on Sept. 6, Kwarteng said they were working closely together on a package of tax cuts and deregulation to lift Britain out of its economic stupor.

Markets reacted with concern when Kwarteng piled an additional £72 billion in loans on the government’s books to fund his tax cuts and economic growth measures. But the chancellor insisted the greater danger was to do nothing.

“What I was concerned about was the low growth,” he said. “The danger is in stifling growth — that’s the danger. The only way we’re dealing with that is by growing the economy.”

In a sideways look at former Prime Minister Boris Johnson and ex-Chancellor Rishi Sunak, who put Britain on track to have the highest tax burden since the late 1940s, Kwarteng added: “What was clear to me was that the path of continuously raising taxes was untenable, and that was the big gamble for me: to stay on the chosen path.”

Markets are not sure exactly where the new chancellor’s path will lead, not least because he has suspended the government’s fiscal rules that required it to reduce debt as a share of gross domestic product within three years. .

Kwarteng revealed that he plans to have a new medium-term fiscal strategy “in the new year”, giving markets a clearer picture of when he will start reducing the UK’s growing debt mountain.

“I think that’s a really important part of this whole picture,” he said. “I told the Prime Minister that we should have a medium-term budget plan and she fully agreed.”

The chancellor insisted there was nothing wrong with him cutting taxes by £45bn to boost an economy traumatized by the Covid-19 pandemic and the energy crisis, while the Bank of England raises interest rates to curb high inflation.

Some economists have argued that Kwarteng and Andrew Bailey, governor of the Bank of England, are headed for a clash if their respective policies appear to be heading in different directions. Was there no contradiction?

“I don’t think so at all,” said the Chancellor. “There have been two exogenous shocks: the Covid pandemic and Putin’s invasion of Ukraine. In that context, it’s perfectly reasonable to adopt a slightly looser fiscal policy to absorb those shocks.

“From the monetary side, it is very reasonable for the bank to do what it traditionally does. It’s not contradictory at all. We would not have done our duty if we had not intervened in a fiscally liberal manner in the Covid-19 pandemic and Putin’s invasion of Ukraine.”

Kwarteng, a former chairman of the Bow Group, a right-wing think tank, was elected an MP in 2010 and was appointed company secretary in his cabinet by Johnson in 2021.

He has long waited for a chance to put his ideas into practice and in Truss he has a sincere supporter and an old friend. With a general election in 2024, both recognize that there is no time to lose.

Truss accompanied Kwarteng on a visit to a modular housing factory in Ebbsfleet, Kent, to announce the Chancellor’s growth plan on Friday. Ebbsfleet is one of nearly 40 areas hoping to become one of its new low-tax investment zones.

A Kwarteng ally said Truss would never be influenced by focus groups or opinion polls. “That’s what Boris Johnson did – and look what happened to him,” said a colleague.

Kwarteng became chancellor on September 6. His first act, within hours of walking into the treasury, was to fire the popular permanent secretary, Sir Tom Scholar.

Kwarteng told shocked Treasury employees that the department needed “fresh leadership.” It’s likely that Scholar, a follower of “sound money” orthodoxy in 1 Horse Guards Road, would have been blanched during Friday’s loan wave.

“What was completely untenable was this idea that we could simply tax ourselves to wealth and break through the fact that it was the top tax amount for 70 years. Where did you want that to end?” he asked.

He was also unapologetic for scrapping the top 45 percent income tax rate and removing the cap on bank bonuses – steps he hopes will strengthen the City of London.

“I’ve always said there’s never been a time when UK plc has done well without a strong financial services sector,” Kwarteng said. ” instead of.

In any case, the measures in Friday’s maxi-sized “mini-Budget” will see the city’s executives get a pay rise as they process a completely new fiscal policy – a high-risk economic strategy that will hold the future. of Britain and the fate of Truss’ government.