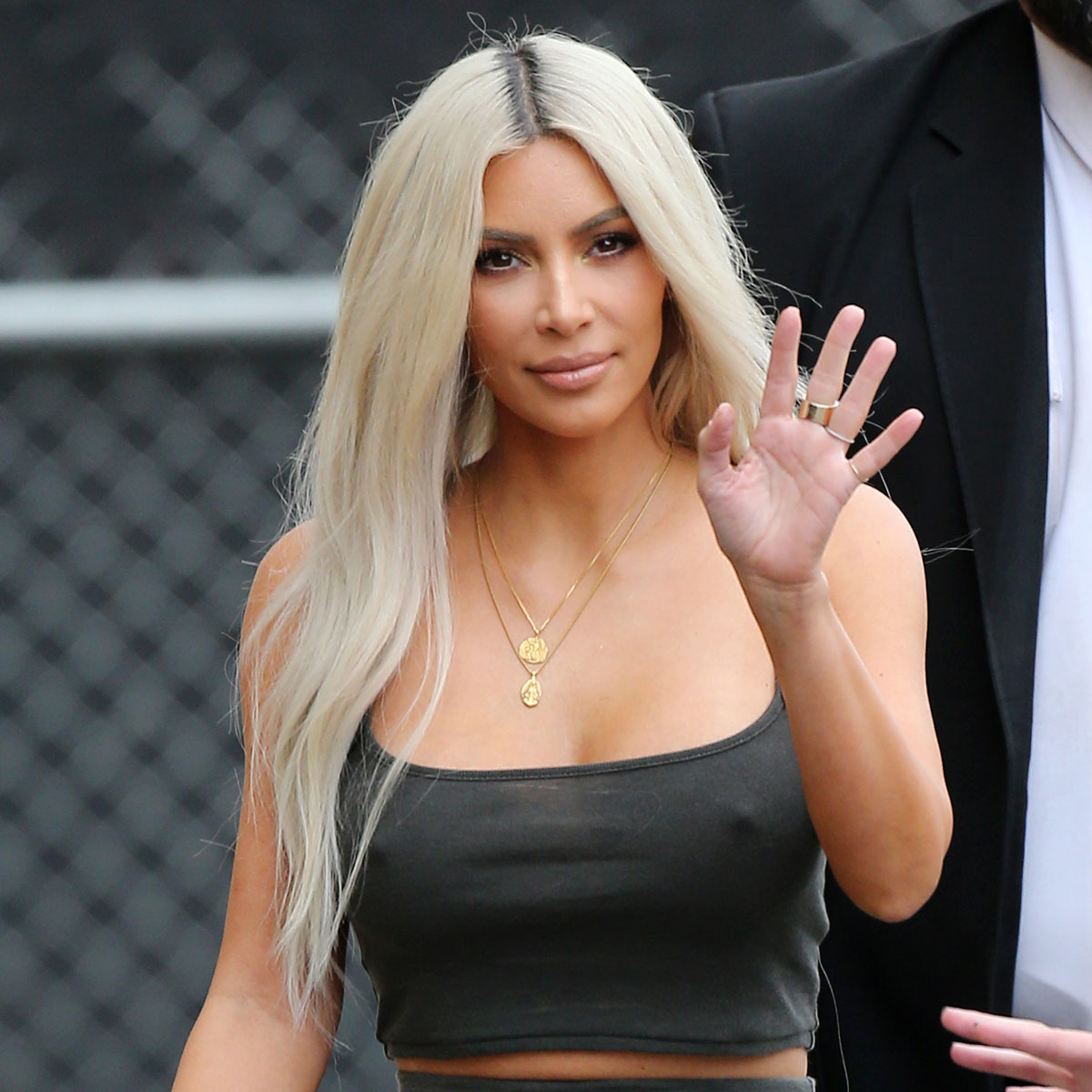 While Kardashian is no stranger to stunning pieces from both brands, with Balenciaga being her ex Kanye West’s label of choice and he just lost his Yeezy deal with Adidas (thanks to his violent anti-Semitic remarks), some fans think this might be interesting seems timing.

Read more: 20 photos of a young Kim Kardashian: a trip down memory lane

In the SKIMS mogul’s upload, she’s sitting on a couch, posing to show the side profile of her body and holding up a phone with a black case covering her face. Kardashian wore her long, wavy blonde locks down and parted down the middle for the photo, appearing to hang out in her walk-in closet.

For her caption, the style icon, who really needs no introduction, kept her message to fans simple by writing, “Hey.” While Kardashian’s photo garnered millions of likes, the photo also inspired many approving comments and others condemning her for wearing items from a label that is currently facing backlash for its latest ads.

“Incredible figure,” one fan wrote, while another conveyed their thoughts with a plethora of heart-eye emojis. Kardashian has been a brand ambassador and outspoken fan of Balenciaga for several years now, and her ex, West (who is now legally known as Ye) teamed up with the label for the popular Yeezy Gap line earlier this year. The fashion powerhouse (along with Adidas) cut all ties with Ye after his slew of anti-Semitic remarks and controversial statements.

In the comments section of Kardashian’s post, many fans urged the mother-of-four to “call out Balenciaga” or to “stop wearing their clothes” following a recent ad campaign that didn’t resonate with many.

Balenciaga has since apologized for their controversial holiday ad campaign that depicted children carrying teddy bears and handbags containing fetish gear, including harnesses, handcuffs and fishnets. This then prompted thousands of TikTok, Twitter and Instagram users to use a new hashtag this week: #cancelBalenciaga.

Demna Gvasalia, Georgian fashion designer and creative director of Balenciaga, just released a statement via Instagram on the matter in which she writes, “We sincerely apologize for any offense our holiday campaign may have caused.” He continued: “Our plush bear bags should not have been featured in children in this campaign. We have immediately removed the campaign from all platforms.”

With Kardashian, Justin Bieber and Bella Hadid being just some of the French fashion house’s biggest models and style muses, many social media users continue to call them out specifically. Some of Kardashian’s most memorable outfits of the year feature Balenciaga designs, such as her recent pink cutout dress worn at the Baby2Baby Gala last week, her plunging black dress with waistband for the label’s 51st Couture Collection show at Paris Fashion week, and more.