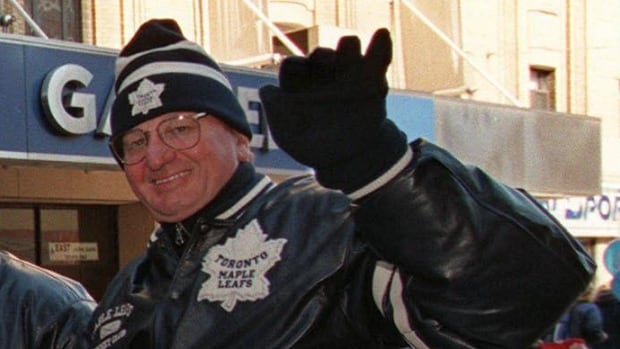 The Toronto Maple Leafs announced on Wednesday that Jim Pappin, who scored the winning goal in the 1967 Stanley Cup final, has died at age 82.

“We are deeply saddened to learn of Jim Pappin’s passing,” the Maple Leafs said. Jim played five seasons in Toronto, winning the Stanley Cup in 1964 and ’67. He was named one of the 100 Greatest Leafs, scored the cup-winning goal and led the team in scoring in ’67. Our thoughts are with his family and friends.”

Pappin spent parts of five seasons in Toronto from 1963-68. He was credited for Toronto’s second goal in a 3-1 series-ending win over the Montreal Canadiens in Game 6 on May 2, 1967. Linemate Pete Stemkowski sent it in, but allowed Pappin to take credit for a contract bonus to earn.

Pappin led the NHL in playoff scoring that spring, with seven goals and eight assists in 12 playoff games.

But Pappin was never one of Toronto general manager Punch Imlach’s favorites. Despite his exploits in the playoffs, he was briefly sent to the minors the following season.

“I hated Imlach and he didn’t like me,” Pappin told CBC Sports years later.

The bitterness was so great that Pappin never kept his Stanley Cup ring and gave it to his then father-in-law. The ring had been lost for years, but was rediscovered in 2007 by a Florida man using a metal detector.

Pappin was traded to Chicago after the 1967-68 season. With Chicago, he had his greatest offensive seasons with MPH Line mates Pit Martin and Dennis Hull, finishing with career highs of 41 goals, 51 assists and 92 points in 1972-73.

He remained a playoff performer, scoring 10 goals in 18 games in 1971, while Chicago lost in seven games in the Montreal Stanley Cup final.

After seven seasons with Chicago, he ended his career with the California Seals/Cleveland Barons in 1977.

The resident of Copper Cliff, Ont., was named one of the 100 greatest (No. 89) in Leafs franchise history as part of Toronto’s 2016 centennial celebrations.

After his playing career, Pappin was involved in horse racing as an owner, but kept a foothold in the NHL for many years, as a scout for Chicago, the St. Louis Blues and Anaheim Ducks among others. Both Chicago and Anaheim posted tributes online after learning of Pappin’s death and expressed their condolences to his family.

We are deeply saddened to learn of Jim Pappin’s passing.

Our thoughts are with his family & friends. pic.twitter.com/w3adMFuzGD