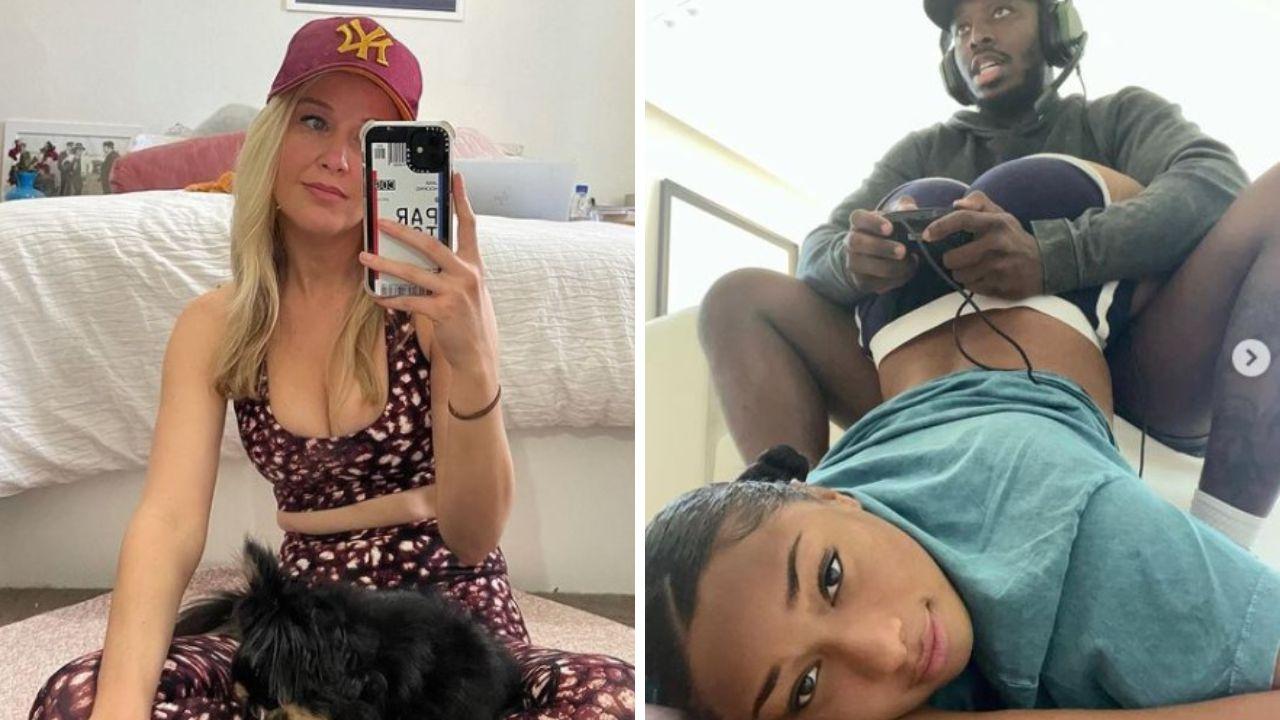 There’s a new dating trend and, as someone who gets the ick, I’m not a fan.

It’s called “Power PDA” and it’s actually described as getting “handy” with your loved one – lots of kissing and touching in public that makes onlookers feel super uncomfortable.

I recently experienced it on a plane from Melbourne to Sydney. The couple in front of me was kissing profusely, tongues out and light moans, completely oblivious to the people around them. Especially me who could see them in the opening of the seats while trying to binge watch Real Housewives of Beverly Hills. Very distracting.

Now don’t get me wrong, after a few G’s and T’s I may have also done some ridiculous antics in the back of a pub, but on a plane, in the middle of the day?! Disgraceful!

We see it more and more after the lockdown. Think Kourtney Kardashian and Travis Scott are making out for their kids on Keeping up with the KardashiansMachine Gun Kelly and Megan Fox down the red carpet, and if you’ve come across Megan Thee Stallion’s latest Instagram post, you can see her ass in her boyfriend’s face as he tries to play Mario Kart.

Now don’t get me wrong, if my ass looked like hers I’d probably get it on the gram too…but the old prude in me still says ‘eww, you use that thing to go to the toot! Not as a dinner plate’.

I am not a heartless, non-clingy person. I just prefer to keep it in the bedroom. Or very briefly in public. For example, a few weeks ago I was on a road trip with a guy who makes my heart va va voom, and we stopped at the gas station to get snacks. He walked past me in the lollipop aisle and gave me a light slap on the ass. There was no one around to make me feel uncomfortable, but it certainly cheered me up. This is how you do Power PDA.

I always question those who have to prove their overly affectionate selves in public. Yes, the pessimist in me wonders why they try so hard.

Take Meghan and Harry for example. We see her clinging to him in public as if she will lose him if they don’t hold hands. Then take a good look at William and Kate. They stand tall, strong and independent – yet united. To me, that’s a sign of a solid marriage. Two people who can stand upright on their own, but give each other an admiring sideways glance when necessary. No Power PDA needed to prove their union.

Is this sensitive feeling a sign of insecurity? Perhaps. lust? Could be. Icky to those around them? Surely.

Although, according to the latest stats from Bumble, more than 68 percent of their users say they are more open to public displays of affection after the pandemic. And yes, I get it, it’s common that when we’re told we can’t do something, we just want to do it more. So it makes sense that all my fellow singles came out of lockdown as hormonal teenagers, but can we draw a line when we see each other’s tongues touching on the cinema line?

I’m calling it, Power PDA is a dating craze and I’ll be happy to bid it a fond farewell.