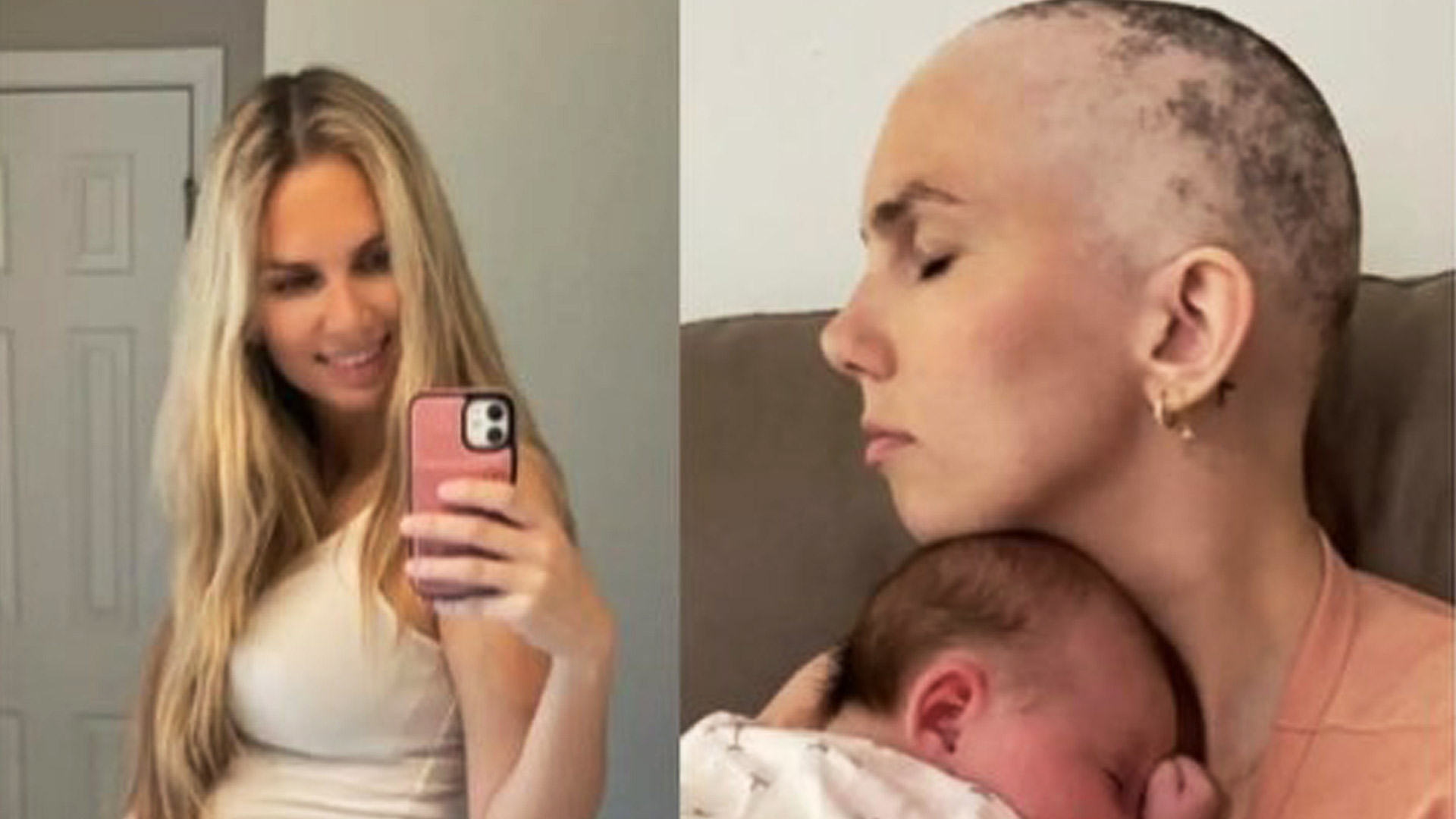 WHEN Lindsey Gritton discovered a small lump the size of a marble on her chest, she knew something wasn’t right.

The 29-year-old was 34 weeks pregnant with her second child at the time and said it looked like a blocked milk duct.

After initially being discharged by the doctor, Lindsey is now fighting for her life and has been diagnosed with stage 4 breast cancer.

At first she had a burning sensation in her right armpit and on the right side of her chest, which started in April.

However, when she tried to unclog the milk duct, as she had done with the previous one she had experienced during her first pregnancy, it failed.

Milk ducts are the tubes that carry your breast milk from where it is made in the glandular tissue of your breast to your nipple.

When Lindsey’s pain persisted, she decided to see the doctor.

There she was told that it was a blocked milk duct that had caused mastitis.

This is an inflammation of the breast tissue, for which she was prescribed antibiotics.

Even after her doctor told her she was “too young for cancer,” Lindsey insisted on getting an ultrasound.

She told Insider that she knew something was wrong by the technician’s face.

“She kept going over it with her wand and she kept looking at the screen. They aren’t allowed to say anything to you, but I could just tell from that look on her face that it just wasn’t right.”

The results indicated a high risk of cancer and a biopsy later confirmed this.

She was told she had invasive ductal carcinoma, one of the most common forms of breast cancer.

However, doctors told her that the disease had probably already spread due to the size of the tumor.

But because she was pregnant, they couldn’t know for sure because they had to do a PET scan.

This cannot be done during pregnancy as it may expose the unborn child to radiation.

The Signs of Breast Cancer You Need to Know

According to Breast Cancer Now, the signs of breast cancer include:

After Lindsey, who lives in Georgia, USA, gave birth, it was confirmed that she had stage 4 cancer and that the disease had spread to her liver.

She told Insider that she has been on chemotherapy for four months and has to undergo treatments every three weeks.

Now she’s hopeful that the chemo will be able to eliminate the rest of the cancer, with recent scans showing 80 percent of it gone.

Lindsey is now urging other women to stand up for themselves, especially if they are concerned about their health.

She said young women should be screened regularly for breast cancer, even if they are pregnant.

“If I hadn’t advocated for myself, I don’t even think I would be standing here today.

“Because from what they told me with my blood work and everything, my liver was already failing,” she added.

In the UK, breast cancer screening starts on the NHS when you are 50.

You are invited every three years between the ages of 50 and 71.

Official guidelines state: “If you’re a trans man, trans woman or non-binary, you may be automatically invited, or you may need to talk to your GP or call the local breast exam service to make an appointment. “

Types of Cancer, Signs and Symptoms

Everything you need to know about different types of cancer