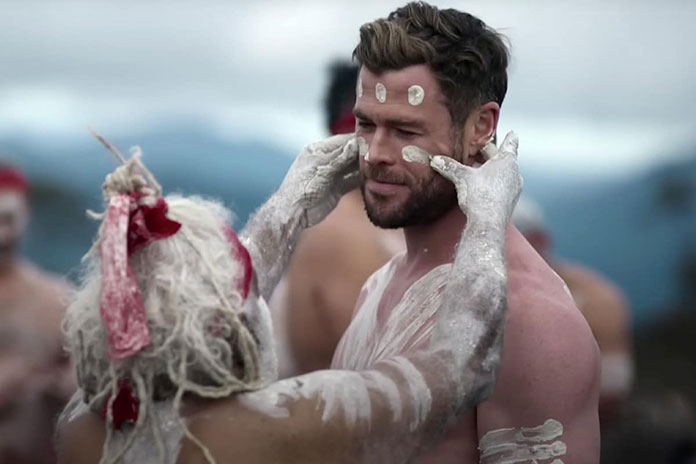 Chris Hemsworth seems to love challenges, as evidenced by his new National Geographic series “Limitless.” The actor is not one to shy away from tackling something difficult for him.

Actors Tom Hardy and Charlize Theron have previously spoken about the difficulties they faced during the long and arduous production of “Fury Road”, as Miller did not provide a traditional script for the film – he is a director famous for shooting films and “find” them in post-production.

That wasn’t the case here, as Hemsworth had a finished script and plenty of time to work on his villainous character of Warlord Dementus. Although he’s played villains in movies like “Bad Times at the El Royale” and “A Perfect Getaway,” the lengthy lead-up to filming left Hemsworth somewhat unsettled.

Hemsworth appeared on Josh Horowitz’s Happy/Sad/Confused podcast (via EW) and shared how this experience was different from how he usually prepares:

“A lot of times I get a script and I know from the first read, the second read, I know who the character is and I immediately get a kind of visceral feeling attached to it, like, ‘Okay, I got it. ‘ I had read this two years before I started shooting and was impressed with the script. It was the most beautiful thing I’ve read. I love George Miller, but I didn’t know who this character was.”

Hemsworth said he didn’t “find” the character until rehearsals were underway:

“We did about four weeks of rehearsals, and we started digging in and diving in, and things started coming to me. And then, about two weeks before shooting, something clicked. I went, ‘Ooh! Ooh. I think that’s who it is. I think that’s how he moves.’”

He indicated that he was glad he had finally found it, as the actor was engulfed by feelings of panic, fear and self-doubt between initial reception of the script and the start of shooting for up to a full two years:

“In the run-up, and I’m talking about a few years, I was terrified. I’m like, ‘I’m going to derail one of the most iconic franchises.’ I’m going to bring down Mad Max. It will be my fault.”

While there were nerves prior to filming, the actual shooting of “Furiosa” seemed to go smoothly for Hemsworth, who calls it “the best experience of my career” and “something I’m also most proud of”.