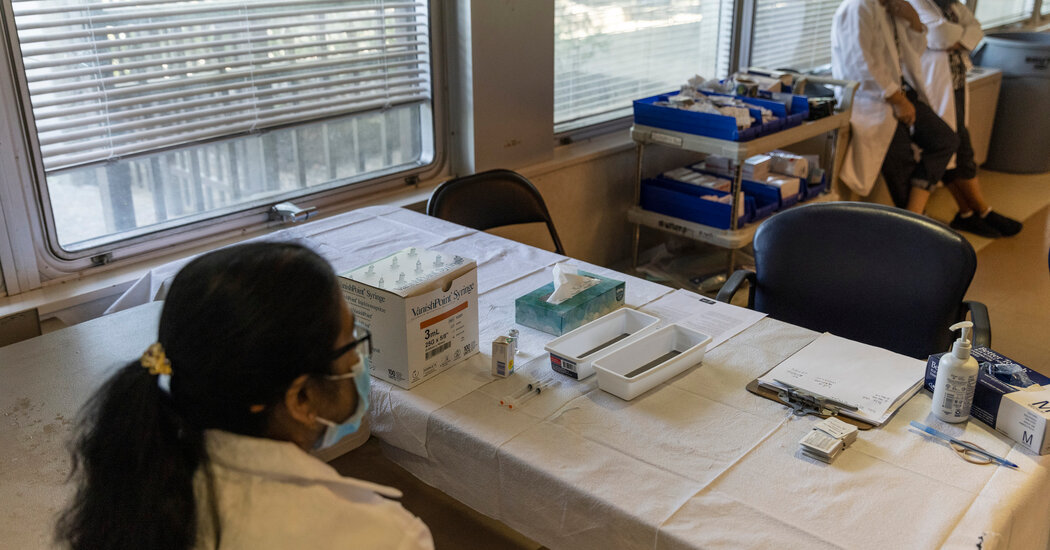 New York state health officials on Thursday stepped up pressure to have people who have not been immunized against polio vaccinated “immediately,” saying the only confirmed case of the disease found in the state is “the tip of the iceberg.” ‘ can be of a much greater threat.

The urgent appeal came when officials said polio had been detected in wastewater samples taken at different locations and at different times in two counties north of New York City, possibly indicating spread of the disease in the community.

“Based on past polio outbreaks, New Yorkers should know that for every observed case of paralytic polio, hundreds of other people could be infected,” dr. Mary T. Bassett, the state’s health commissioner, said in a statement.

“Combined with the latest wastewater findings,” added Dr. Bassett added, “the department is treating the single case of polio as just the tip of the iceberg of a much larger potential spread.”

Polio is caused by the polio virus and children under the age of 5 are most at risk of contracting it, but anyone who is not vaccinated is at risk. Polio is highly contagious and usually spreads from person to person when someone comes in contact with an infected person’s stool and then touches their mouth.

The fight against polio

The highly contagious virus was one of the most feared diseases until the 1950s, when the first vaccine was developed.

Many cases are asymptomatic and some can cause flu-like symptoms, but the illness, also known as poliomyelitis, can be disabling and even life-threatening. There is no medicine.

Paralysis is a rare occurrence, but before vaccines became widely available in the 1950s, polio outbreaks caused more than 15,000 cases of paralysis each year.

State and county health officials said the infection in Rockland County was transmitted by someone who had received the oral polio vaccine, which has not been administered in the United States since 2000.

The virus circulating in New York may have come from outside the United States, where the oral vaccine is still administered, officials said. The oral vaccine contains attenuated virus. It’s safe, but if a vaccine-derived virus circulates in a community, it can infect unvaccinated people and spread the disease.

When announcing the case, officials emphasized that the infected person was no longer contagious and said their efforts would focus on increasing vaccination rates and determining if anyone else may have been affected.

“The findings,” the Department of Health said in a press release, “provide further evidence of local – not international – transmission of a poliovirus.”

There was no evidence that the infected man in Rockland County was the source of the polio found in the wastewater samples, officials said. The investigation into the origin of the virus continues.

Because widespread vaccination has proven to be an effective prevention strategy, areas with low vaccination coverage are particularly at risk of an outbreak.

In both Rockland and Orange County, about 60 percent of 2-year-olds have received all three doses of the polio vaccine, according to state data — a significantly lower rate than the 80 percent found in the rest of the state, excluding New York City. (To achieve herd immunity to polio, the target vaccination rate is 80 percent, according to the World Health Organization.)

Most adults in the United States do not need to be vaccinated against polio because they were most likely immunized as children, although some may qualify for booster shots if they are at increased risk of exposure.