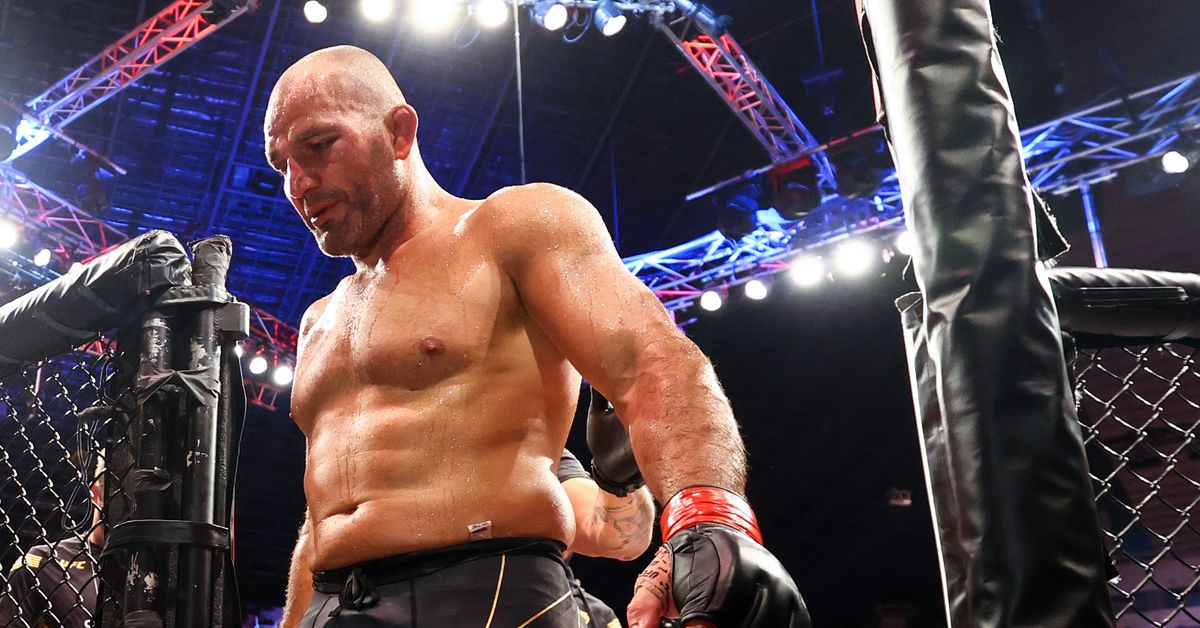 Glover Teixeira will no longer be fighting for the UFC light heavyweight championship in the main event of UFC 282 on December 10, and he’s unhappy with how things have turned out on Wednesday.

Teixeira and Jiri Prochazka were set to rematch for the 205-pound title in Las Vegas after a close showdown in Singapore at UFC 275 in June, which Prochazka won via fifth-round submission, but the company had to change plans after the champion pulled out. of his first title defense due to a serious shoulder injury.

Teixeira said in an interview with MMA Fighting that he learned about the news “less than 30 minutes” before it became public that Jan Blachowicz vs. Magomed Ankalaev, the original co-main event of UFC 282, would now be up for the vacant title after Prochazka. chose to leave. The Brazilian veteran explained why he was “angry” with the decision.

“I said [the UFC] I would fight Blachowicz on the 10th because I’ve fought him before and it would be easier to adapt, [Ankalaev] is a southpaw,” Teixeira said. “I told them if I had to fight [Ankalaev]to make it in Brazil [on Jan. 21]. And Blachowicz is ahead of him anyway, so I don’t get it. Jan and I ranked for him, why did they want – man, whatever. We have to stand our ground. It’s not like, ‘come here and fight whenever I want.’”

The former UFC champion isn’t sure why the company insisted on booking him against Ankalaev instead of Blachowicz, but feels “that’s what they wanted to do, and that’s what they got.” However, that doesn’t change the way he feels about the company.

“I don’t let that affect me,” Teixeira said. “I am a happy and grateful man. You know that saying, you do 1000 things for someone, but become the worst man if you don’t do one thing? I won’t say that about the UFC, but they really messed up that day. I spent with a camp and now they have taken me away from the title fight. I agreed to fight both guys, all I asked was more time to fight Ankalaev. I’m a high level fighter and I don’t want to be the guy who goes in there, gets his arm kicked and goes down just for the money.

“I give my blood and life in the octagon. You all have seen my fights before, I leave everything there. I want to bring the belt back to Brazil and for myself, and I believe I can do it. I was beating Prochazka, this hero, the man everyone said knocked everyone out. I was breaking it until I made a mistake. I’ll get the belt back, but I have to do it right. I have to go there to win.

“I can’t go there for the money because I don’t fight for money. I fight for honor, I fight to raise my name. I’m not even attached to wins and losses anymore. I fight for a cause. If I fought for money I wouldn’t even fight anymore I would have become a YouTuber or something.

When asked if he is confident he will be next for the winner of Blachowicz vs. Ankalaev in 2023, Teixeira said: “I am very confident that nothing is wrong now.” The Brazilian even said “f*** it, I don’t even care who wins” at UFC 282.

“That would be the logic,” he said of the next in line, “but they do what they want.”