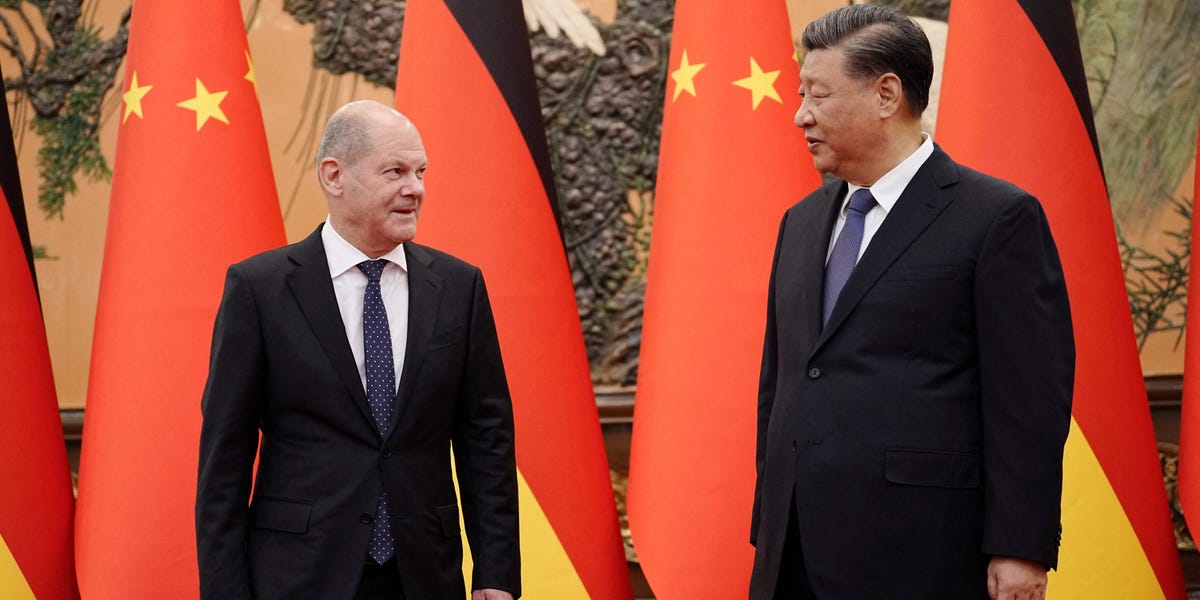 Germany is rethinking its foreign policy – it has now vowed to end its dependence on China for trade, after being burned by an overdependence on Russia for gas.

“We are ending the shortcomings of an energy and trade policy that has led us into a unilateral dependence on Russia and China in particular,” Chancellor Olaf Scholz told the Bundestag, the lower house of Germany’s parliament, Reuters reported. .

Germany, an industrial powerhouse and the largest economy in Europe, relies on piped natural gas from Russia, which accounts for 35% of the country’s fuel imports. But Russia has cut off natural gas flows through a major pipeline, sparking an energy crisis in Germany and beyond.

Europe’s largest economy has since diversified away from Russian natural gas by importing liquefied natural gas from other countries and is racing to build more vital infrastructure to accelerate the shift.

It has also learned lessons from its Russia policy.

“The error of dependency like Russia will not happen again,” Scholz said separately at a Tuesday forum organized by the Sueddeutsche Zeitung media outlet, per Reuters.

On Tuesday, Robert Habeck, the country’s economy minister, told a press conference in Paris that Berlin plans to reduce dependence on China and limit investment aid for German companies doing business in China, the AFP reported. In particular, Berlin is working on a new trade policy with China to reduce dependence on Chinese raw materials, batteries and semiconductor chips, Reuters reported in September.

This could pose a challenge to Scholz’s administration, as China has been Germany’s largest trading partner for six years in a row, according to the Berlin Statistical Office.

In October, German companies opposed a proposal from the Ministry of Economic Affairs to curb investment in China, Reuters reported.

“We can only warn that Germany is not turning its back on China,” Markus Jerger, head of the trade alliance Mittelstand Association, told Reuters at the time.