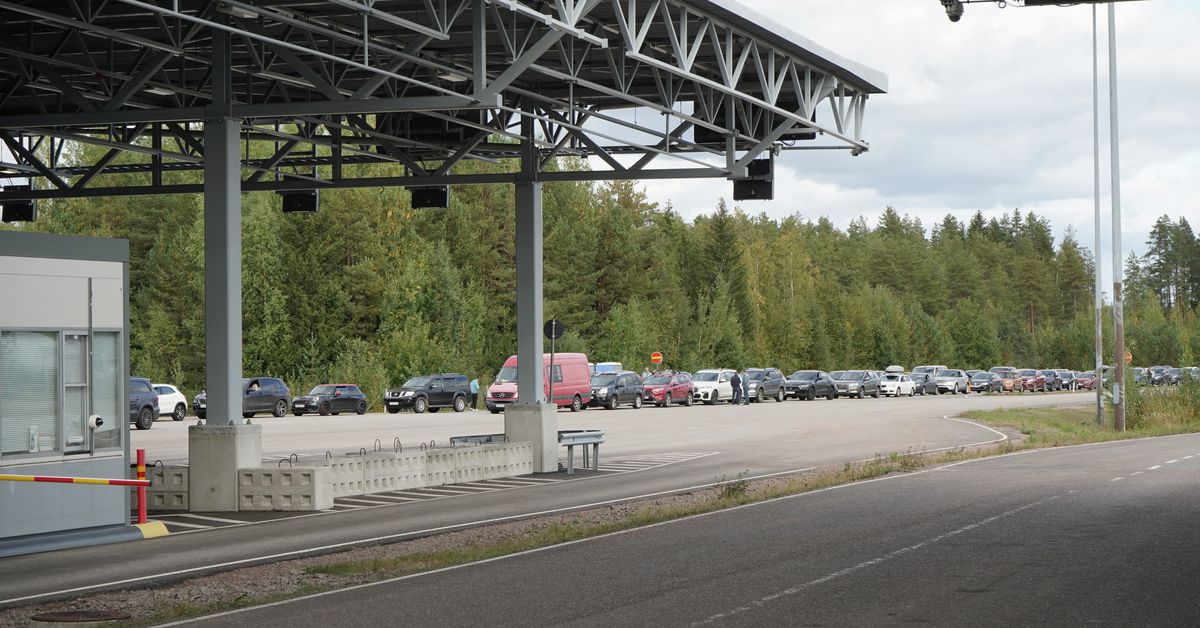 At the Vaalimaa border crossing, about a three-hour drive from Russia’s second-largest city, Saint Petersburg, there were three lanes of cars, each 300-400 meters long, at around 13:15 local time (1015 GMT), a border official told Reuters.

The crossing is one of nine on Finland’s 1,300 km border with Russia, the longest in the European Union.

Defense Minister Antti Kaikkonen said on Wednesday that Finland is closely monitoring the situation in its neighboring country following Putin’s order Wednesday to mobilize for the war in Ukraine.

Putin’s announcement, made in an early morning televised speech, raised fears that some men of fighting age would not be allowed to leave Russia and caused one-way flights out of the country to sell out quickly. read more

Finnish land border crossings remain one of the few entry points into Europe for Russians after a series of Western countries closed both physical borders and their airspace to Russian aircraft in response to Russia’s invasion of Ukraine.

“Traffic at the Finnish-Russian border has intensified during the night,” Matti Pitkaniitty, the border guard’s head of international affairs, said in a tweet. He told Reuters that border guards were standing by at the nine checkpoints.

Although traffic from Russia was busier than usual, border guards said in a statement it had not changed “disconcertingly” in recent days compared to pre-pandemic times.

The statement warned that “incorrect and misleading” information was circulating on social media.

By 1540 local time (1240 GMT), traffic had calmed down somewhat, according to a Reuters witness, with cars spanning three lanes, each about 150 meters in length.

Finland has chosen to keep its border with Russia open after Moscow’s invasion of Ukraine on February 24, although it has reduced the number of consular appointments for Russian travelers applying for visas. read more

Estonia, Latvia, Lithuania and Poland, the other EU countries bordering Russian territory, began barring Russian citizens from the border at midnight on Monday, saying they were not allowed to travel while their country is at war with Ukraine. read more

The three Baltic countries will not host Russians fleeing Moscow’s mobilization of troops, their ministers said on Wednesday. read more

Finland is working on its own national solution to limit tourist traffic from Russia, Foreign Minister Pekka Haavisto said during a visit to New York on Wednesday.

“Finland does not want to be a transit country for (EU) Schengen visas issued by other countries. This is the traffic we want to control,” Haavisto told journalists.

Pitkaniitty said 4,824 Russians arrived in Finland via the eastern border on Wednesday, up from 3,133 a week earlier.

In the far north of Norway, there were no changes in the number of Russians crossing the road, a police official told Reuters. Norway is not a member of the EU.