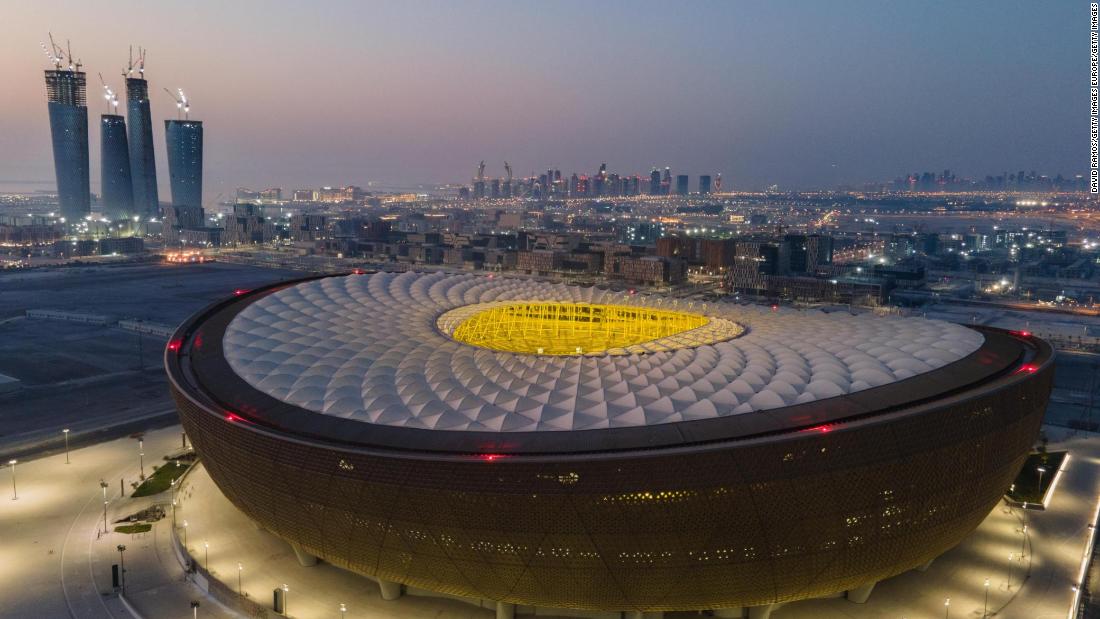 Ahead of England’s World Cup clash with the United States on Friday, the governing body of world football’s governing body FIFA said crusader costumes worn by England fans are “offensive” after it emerged some supporters had been turned away from stadiums in Qatar.

FIFA says that “it is committed to creating a discrimination-free environment, to promote diversity throughout the organization and in all its activities and events.”

However, FIFA told CNN that “crusader costumes in the Arab or Middle Eastern context can be offensive to Muslims. That’s why anti-discrimination colleagues asked fans to wear things inside out or change clothes.”

Christian armies fought against Muslims for over 200 years to take back control of Jerusalem and surrounding areas, which had been under Muslim rule.

During the tournament in Qatar, football fans’ clothing was in the spotlight, especially any clothing or paraphernalia with rainbow colors.

The rainbow flag is a symbol of LGBTQ rights, and in Qatar, sex between men is illegal and punishable by up to three years in prison in the country. A Human Rights Watch report released last month documented cases in September of Qatari security forces arbitrarily arresting LGBTQ people and subjecting them to “beatings in detention.”

Wahl said he was detained and briefly denied entry to the match due to the “rainbow football t-shirt” he was wearing, posting on Twitter that security personnel had told him: “You have to change your shirt. It’s not allowed .”

“A guard told me my shirt was ‘political’ and not allowed,” Wahl wrote.

Wahl told CNN on Tuesday that he had been given assurances beforehand that he would be allowed to wear rainbow-emblazoned clothing and that he “probably” will wear the shirt again because he “has no fear of this.”

McAllister – who captained the Wales women’s national football team in the 1990s – said she was stopped by security officials and had her rainbow hat confiscated before she was allowed to enter the Ahmad Bin Ali stadium.

“So, despite nice words from @FIFAWorldCup ahead of the event, @Cymru (Wales) rainbow Bucket hats seized at the stadium, including mine,” McAllister tweeted about the incident.

“I’ve had a conversation with stewards about this – we have video evidence. This #WorldCup2022 is only going to get better, but we will continue to stand up for our values,” added McAllister.

The Welsh Football Association (FAW) said FIFA told the federation on Thursday that rainbow colored flags and hats will be allowed in World Cup stadiums in Qatar.

When asked to clarify the dress code, FIFA CNN referenced the tournament handbook stating that “expats and tourists are free to wear the clothing of their choice as long as it is modest and respectful of the culture.”

The handbook also states that “body protection equipment”, “weapons of any type” and “objects with political, offensive or discriminatory messages” are prohibited.

Apart from this document, FIFA has a human rights monitor in every stadium and they will be responsible for determining what is acceptable or not.