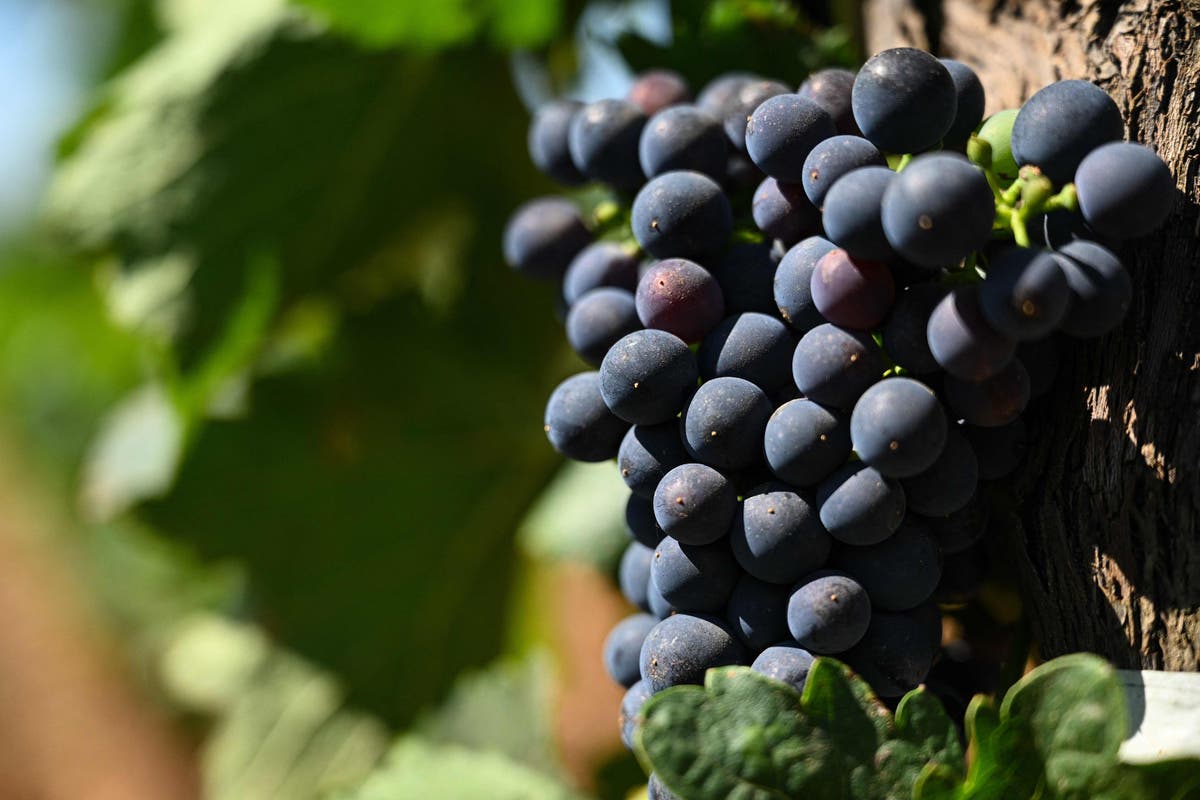 Eating grapes may reduce your chances of developing dementia later in life, a new study finds.

The finding, which was part of a series of studies published in the journal foodwas included in an extensive list of positive effects that eating fruit can have on your health.

According to researchers, the fruit is especially beneficial for those who live a high-fat Western diet, as they are known to be rich in chemicals that boost healthy gut bacteria and lower cholesterol.

Grapes are also high in antioxidants that are known to improve health and prevent disease and cancer in humans.

Antioxidants protect your cells from damage caused by free radicals, either in the body – inflammation, for example – or outside the body, such as pollution, UV rays or cigarette smoke.

Now, the team of researchers has discovered that the antioxidants in grapes can protect the brain from developing dementia by improving the function of neurons, or nerve cells.

It follows in the footsteps of several previous studies that showed that inflammation in the brain is linked to various forms of dementia.

A second study by researchers at Western New England University revealed that eating grapes may reduce your risk of developing fatty liver — a condition caused by the storage of extra fat in the liver — and can extend your life expectancy by an extra five years. extend.

Due to unhealthy eating habits, the condition is a growing health problem worldwide. And while it’s rarely fatal, it can lead to liver failure or liver cancer if left untreated.

Grapes also burn calories while being digested, which in turn helps boost your metabolism, the team’s third study found.

The studies were conducted on mice fed high-fat diets typically consumed in Western countries, with only half of the mice receiving grape supplements.

The team then compared the brain, liver and metabolic health of the mice that received grape supplements with those that did not.

“It adds a whole new dimension to the old adage ‘you are what you eat,'” said study co-author Dr John Pezzuto.

The pharmacy professor, who is the author of more than 600 scientific studies, said grapes actually alter gene expression, which he described as “really remarkable.”

It comes amid studies of how people switch their genes “on and off” to control body development throughout life.

Exercise, stress, diet, sleep and meditation are thought to affect the expression of our genes.

While many take antioxidant supplements, Dr. Pezzuto says it’s not possible to consume “enough” of an antioxidant to make a “big difference” to your health.

“But if you change the level of antioxidant gene expression, as we’ve seen with grapes added to the diet, the result is a catalytic reaction that can make a real difference.”

The research was co-funded by The California Table Grape Commission, which provided the grapes for the experiments.