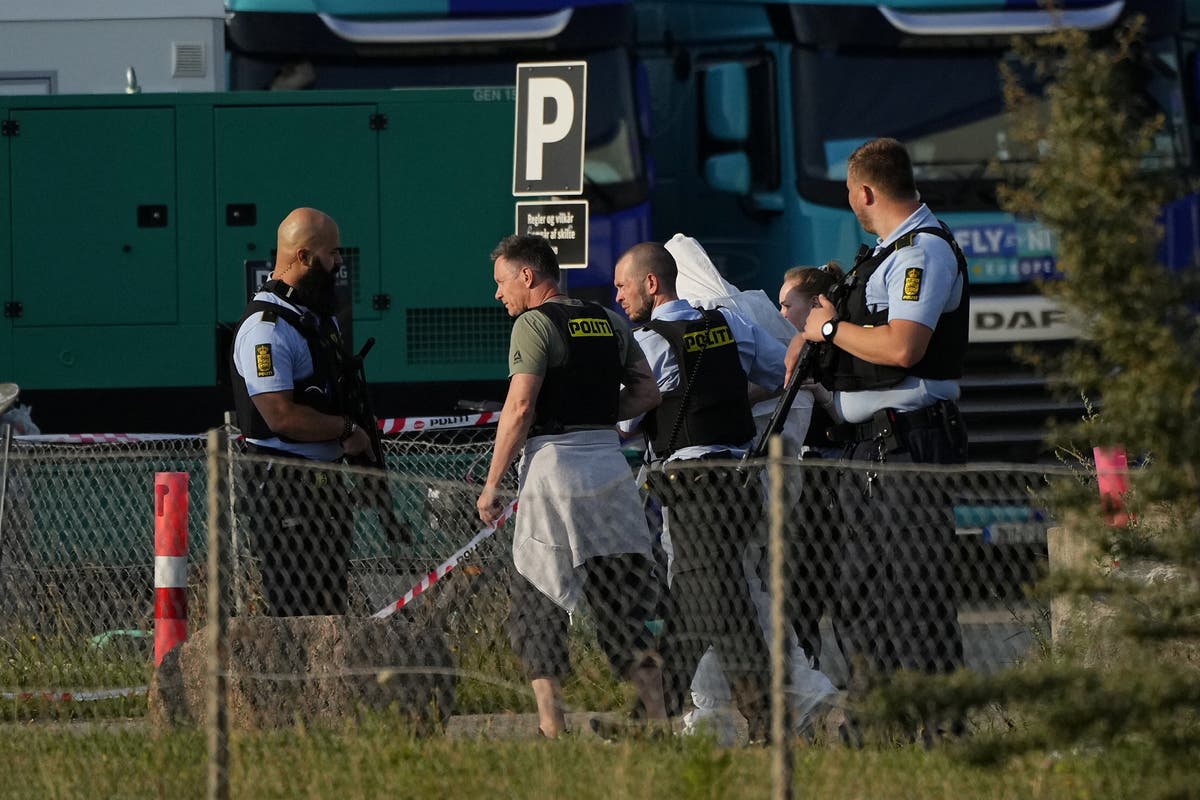 Three people have been killed and three others are in critical condition after a gunman opened fire on crowds in a shopping center in Copenhagen.

Shoppers fled Field’s mall Sunday night and others hid in stores after shots were heard around 1730 local time (1530 GMT).

A man in his 40s and “two young people” were killed and several others were injured, Police Inspector Soren Thomassen told a news conference.

A 22-year-old Danish man has been arrested in connection with the shooting. There was no indication that anyone else was involved, but detectives are investigating, Thomassen said.

While police could not rule out the possibility that it was an “act of terror”, it was too early to speculate about the gunman’s motive, he told reporters earlier Sunday night.

Police are convinced the man they arrested was the gunman, and he was in possession of a rifle and ammunition when he was detained, the police chief said at a later press conference.

The suspect has been charged with manslaughter – which is under Danish law for intentionally killing someone – and will appear in court on Monday, Thomassen said.

The shooting sparked a massive police response, with a large number of armed officers patrolling and searching the area. Copenhagen police advised people in the mall to remain seated and await police assistance after reports of a gunman were received.

Photos later taken by the media on the scene show a man being led to a police van by armed officers.

“We have no information that others are involved. This is what we know now,” Thomassen said at the press conference.

Police initially did not give a specific number of victims, and a spokesman for the capital’s main hospital, Rigshospitalet, told Reuters it had received a “small group of patients” for treatment. It had engaged additional staff, including surgeons and nurses, the spokesman added.

Danish broadcaster TV2 posted a photo of a man being placed on a stretcher and published a grainy photo of the alleged gunman – a man wearing knee-length shorts and a tank top, holding what looked like a rifle in his right hand.

In a statement overnight, Prime Minister Mette Frederiksen said: “We have all been brutally snatched from the radiant summer that had just begun. It’s incomprehensible. Heartbreaking. Pointless. Our beautiful and usually so safe capital had changed in a split second.”

The shopping center – one of the largest of its kind in Scandinavia – is located in Orestad, an area in the south of Denmark’s capital, on the island of Amager.

Laurits Hermansen was in a clothing store in the shopping center with his family when he heard “three-four bangs,” he told Danish broadcaster DR. “Really loud bangs. It sounded like the shots were fired right next to the store,” he said.

A witness, Mahdi Al-wazni, told the Danish tabloid BT that the shooter “seemed very aggressive and yelled different things”. Another eyewitness, Rikke Levandovski, told TV2: “People thought it was a thief at first… Then suddenly I heard shots and threw myself behind the counter in the store.”

“He just shoots into the crowd, not the ceiling or the floor,” she added.

A witness who gave her name as Isabella told public broadcaster DR: “My friend and I… suddenly we hear shots. I hear about 10 shots and then run as fast as we can into a toilet. We squeeze into this small toilet where we are about 11 people.”

In an update in 1948 local time [1748 GMT], the Copenhagen Police said: “We are still massively present in Fields and are working to secure the entire building. If you are still in Fields, stay where you are and wait for the police.”

Police encouraged Copenhagen residents and those who visited the mall on Sunday to contact their relatives to let them know they are safe.

The mall is close to the airport and less than a mile from a concert venue where Harry Styles should have performed at 8pm.

The former One Direction star’s show was reportedly allowed to continue after close consultations with police, but it was postponed and eventually cancelled. Footage showed an announcer on stage informing fans that the concert would not take place and that police would escort them to the subway so they could leave the area.

Styles wrote on Snapchat: “My team and I are praying for everyone involved in the shooting at the Copenhagen mall. I am shocked. Love H.”

Hans Christian Stoltz, a 53-year-old IT consultant who took his daughters to the Styles show, described the shooting as “pure terror”.

“This is terrible,” he said. “You may wonder how anyone could do this to another human being, but it goes beyond anything that is possible.”

An event in southern Denmark commemorating the end of the first three stages of the Tour de France cycling race, organized by the Danish crown prince and attended by the prime minister, was also cancelled, the royal palace said on its website.

In a joint statement, Queen Margrethe, her son Crown Prince Frederik and his wife Crown Princess Mary said: “We do not yet know the full extent of the tragedy, but it is already clear that more people have lost their lives and that even more have been injured. touched … The situation calls for unity and care.”

The shooting came a week after a mass shooting in neighboring Norway, where police say a man opened fire during an LGBT+ festival, killing two and injuring more than 20.

According to the latest report from the Danish Security and Intelligence Service, the terrorist threat against Denmark is currently assessed as “serious”, with the main threat coming from “militant Islamism”.

The threat from right-wing extremists to Denmark is considered on a “general” level, meaning there is capacity and/or set-up and possibly planning.

Denmark last saw a militant attack in 2015, in which a lone gunman shot and killed a man outside a cultural center hosting a debate on freedom of expression, and later killed a person outside a synagogue in central Copenhagen. That gunman was killed in a shootout with police.