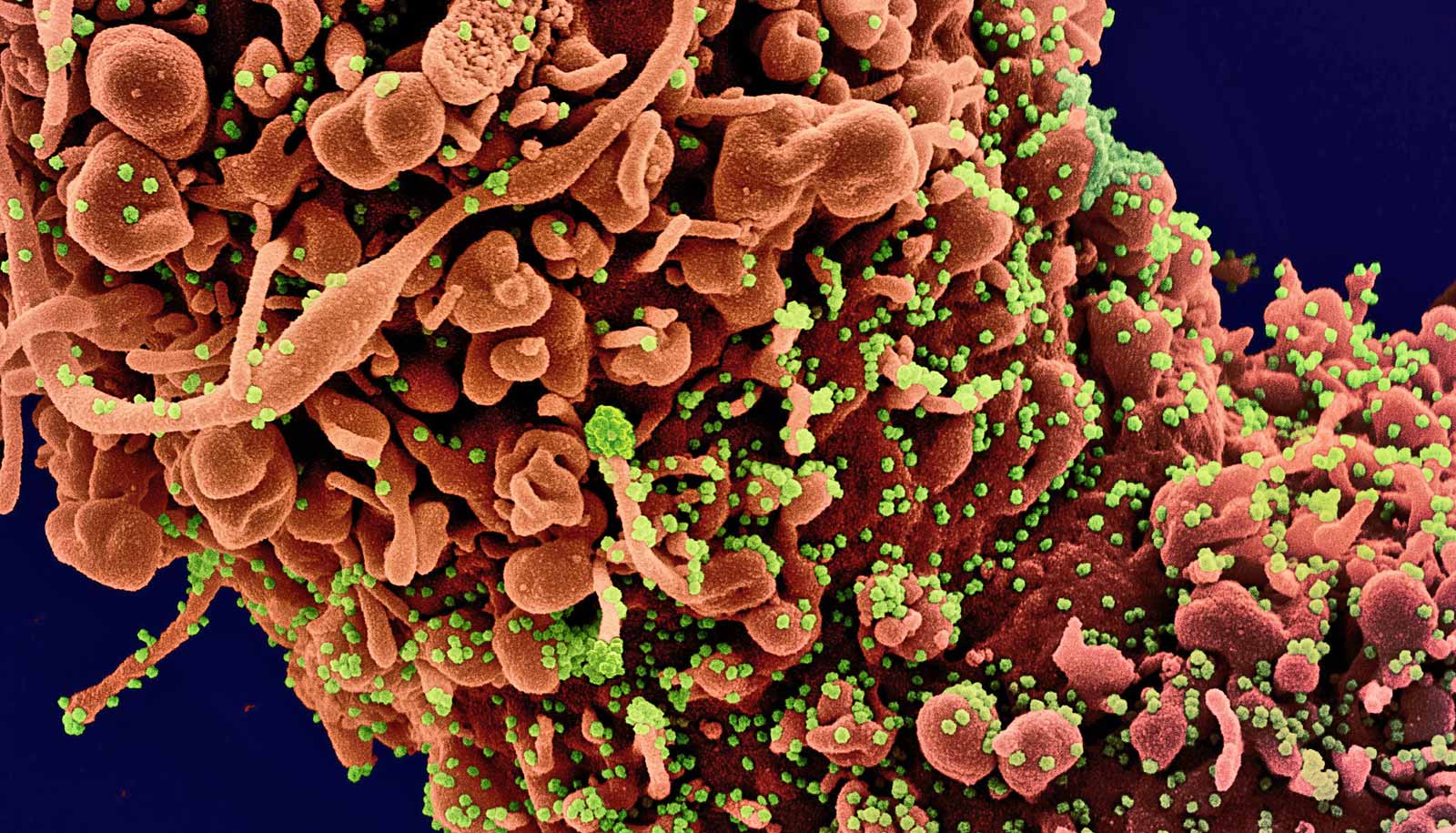 You are free to share this article under the Attribution 4.0 International license.

An engineered CRISPR-based method that finds RNA from SARS-CoV-2, the virus that causes COVID-19, promises to make testing for those and other diseases quick and easy, researchers report.

The researchers have further developed the RNA-editing CRISPR-Cas13 system to increase their ability to detect minute amounts of SARS-CoV-2 virus in biological samples without the time-consuming RNA extraction and amplification step required in gold standard PCR tests.

The new platform proved highly successful compared to PCR, finding 10 out of 11 positives and no false positives for the virus in tests on clinical samples taken directly from nasal swabs. The researchers showed that their technique finds signs of SARS-CoV-2 in attomolar (10-18) concentrations.

Cas13, like its more famous cousin Cas9, is part of the system by which bacteria naturally defend themselves against invading phages. Since its discovery, scientists have adapted CRISPR-Cas9 to edit living DNA genomes and it holds great promise for treating and even curing disease.

And it can be used in other ways too. Cas13 on its own can be enhanced with guide RNA to find and cut target RNA sequences, but also to find ‘collateral’, in this case the presence of viruses such as SARS-CoV-2.

“The engineered Cas13 protein in this work can be easily adapted to other previously established platforms,” ​​said Xue Sherry Gao, assistant professor of chemical and biomolecular engineering at Rice University.

“The stability and robustness of the developed Cas13 variants make them more suitable for point-of-care diagnostics in resource-poor areas when expensive PCR machines are not available.”

Wild-type Cas13, derived from a bacterium, Leptotrichia wadeican’t detect attomolar level of viral RNA within 30 to 60 minutes, but new improved version does the job in about half an hour, detecting SARS-CoV-2 at much lower concentrations than previous tests, says postdoctoral researcher Jiyang.

The key is a well-hidden, flexible hairpin loop near Cas13’s active site, she says. “It sits in the center of the protein near the catalytic site that determines the activity of Cas13. Since Cas13 is large and dynamic, it was challenging to find a site to insert another functional domain.”

The researchers fused seven different RNA-binding domains to the loop, and two of the complexes were clearly superior. When they found their targets, the proteins would fluoresce, revealing the presence of the virus.

“We could see that the increased activity was five or six times that of the wild-type Cas13,” Yang says. “This number seems small, but it’s quite amazing with a single step of protein technology.

“But that still wasn’t enough for detection, so we moved the whole test from a fluorescent plate reader, which is quite large and not available in low-resource settings, to an electrochemical sensor, which has a higher sensitivity and can be used for -of-care diagnostics,” she says.

With the ready-to-use sensor, Yang says the engineered protein was five orders of magnitude more sensitive in detecting the virus compared to the wild-type protein.

The lab wants to adapt its technology to paper strips like those used in at-home COVID-19 antibody tests, but with much higher sensitivity and accuracy. “We hope this will make testing easier and at a lower cost for many targets,” says Gao.

The researchers are also investigating improved detection of the Zika, dengue and Ebola viruses and predictive biomarkers for cardiovascular disease. Their work could lead to a rapid diagnosis of the severity of COVID-19.

“Different viruses have different sequences,” Yang says. “We can design guide RNA to target a specific sequence that we can then detect, which is the power of the CRISPR-Cas13 system.”

Since the project started just as the pandemic broke out, SARS-CoV-2 was a natural focus. “The technology is quite fit for purpose,” she says. “This makes it a very good option for detecting all kinds of mutations or different coronaviruses.”

The research appears in Nature Chemical Biology. Additional co-authors are from the University of Connecticut and Rice.

The National Science Foundation, the Welch Foundation and the Cancer Prevention and Research Institute of Texas supported the work.