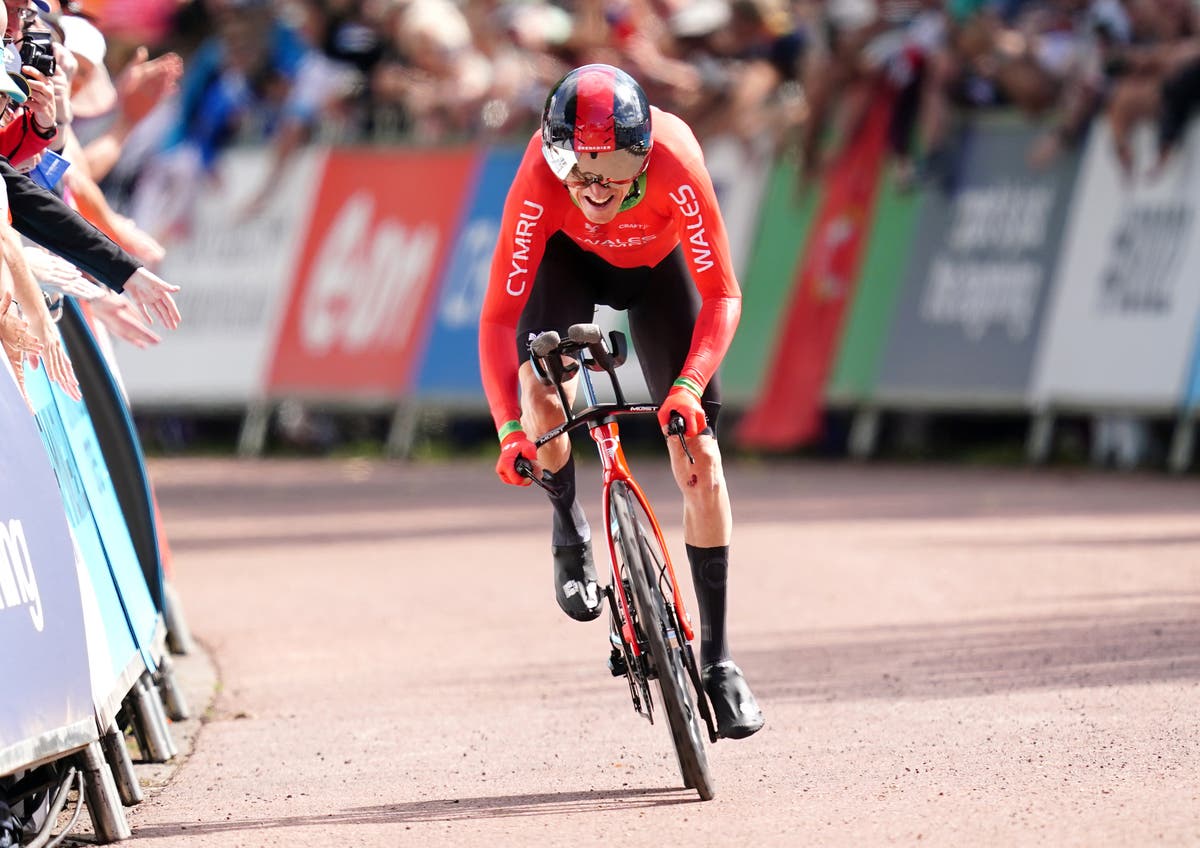 Geraint Thomas expects the men’s road race at the Commonwealth Games to be a “battle of attrition” as rival teams work together to ensure there is no sprint for Mark Cavendish.

The reigning British champion Cavendish has a strong Isle of Man team aiming to ensure the 160km race around Warwick and Leamington Spa ends in a sprint that would make him the runaway favorite to win.

While the route’s flat profile could indicate a mass finish, rival teams plan to mix things up to deprive Cavendish of his chance.

Cavendish clearly has a strong team around him and it’s a good job for him,” said Welshman Thomas.

“But I think for us, the English, South Africa and the Scots, I don’t think any of them want a sprint, so I think it’s going to be a Nationals race, a lot of aggressive racing, a battle of attrition.

Cavendish’s Isle of Man squad consists of former British champions Ben Swift, Mark Christian and Matt Bostock – who required hospital treatment after being involved in Matt Walls’s horror velodrome crash last week, but who has since been trained.

If they can’t make it a sprint, Cavendish, 37, has shown he can combine it in breakaways too, winning his second British title in June by being in a leading group all day.

Another rider who would like to take advantage of strong form is Fred Wright. After a stellar Tour de France in which he shone in several breakaways and took second place on stage 13 to Saint Etienne, Wright claimed silver in Thursday’s time trial and is once again a contender.

“(I’m looking forward to) getting stuck,” said the 23-year-old. “I think the race will not be a conventional race for professional cyclists where it will be controlled. Attack after attack comes and we have the team to deal with it.

“We’ll see what happens. Sometimes you’re there (in a breakaway), sometimes not, but one of us will definitely be there and have a chance to win a medal.”

The Australian squad, led by gold medalist time trial Grace Brown, are the favorites in the women’s race, although England will be looking to Anna Henderson and Abi Smith following their recent strong form.

Henderson was just 33 seconds behind Brown in the time trial, having entered the Games on the back of a stunning Tour de France Femmes.

The 23-year-old fell ill earlier this summer, but believes she is now back in the form that yielded a top-10 finish at Omloop Het Nieuwsblad early this year.

“It was a really crappy June, I’ve been sick twice,” she said. “I’m finally getting myself back where I was in the Classics season. I’m very happy with where I’m going and hopefully it can stay that way for the rest of the season.”

The route could also play more into the strengths of Elynor Backstedt, the 20-year-old Welsh woman who is back on track after a few years of injury.

Riding the Commonwealth Games is special for Backstedt as she follows in the footsteps of her mother Megan Hughes, who raced to Wales in Kuala Lumpur in 1998.

Elynor’s Swedish father Magnus is famous as a former Paris-Roubaix winner, but Backstedt joked that her mother “keeps her cycling less pronounced” than her father.

“We want to make sure everyone knows and we want her to know how proud we are of her,” Elynor said. “It’s an honor to be able to do the same.”