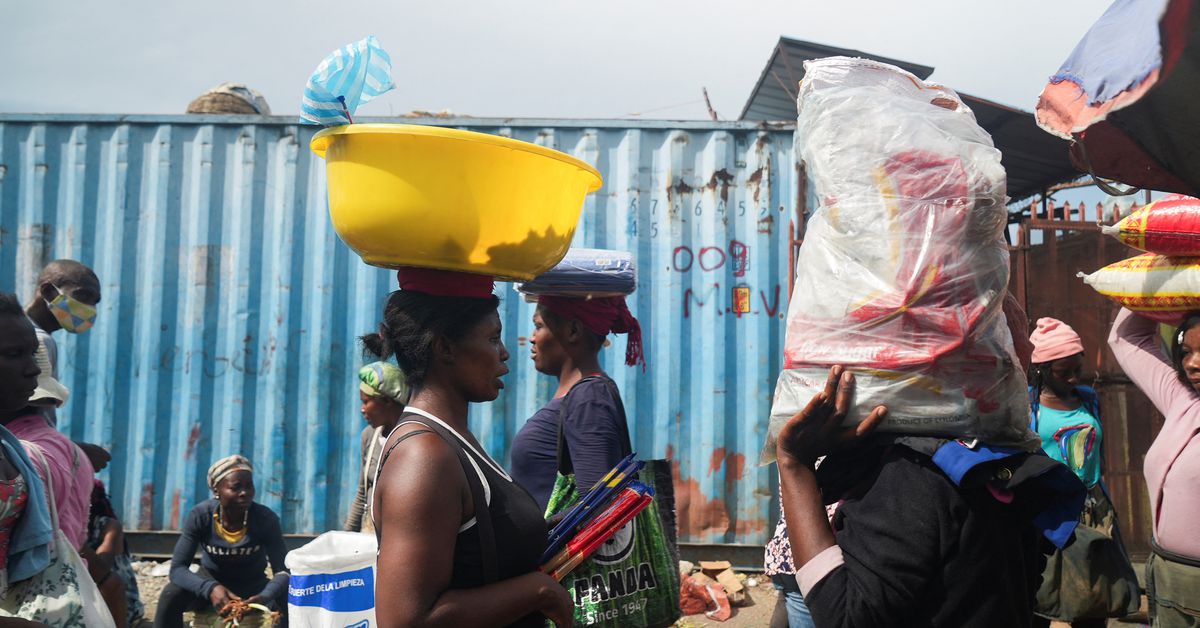 PORT-AU-PRINCE, Oct. 2 (Reuters) – Haiti said on Sunday that at least seven people have died of cholera in a surprising return of the disease that comes as the nation is crippled by a gang blockade that has led to fuel shortages and clean drinking water.

The disease killed about 10,000 people in a 2010 outbreak blamed on a United Nations peacekeeping force. The Pan American Health Organization said in 2020 that Haiti had a year without confirmed cholera cases.

“According to the information we have, the death toll is about 7 to 8,” Laure Adrien, general manager of the Department of Health, said at a news conference, adding that officials were struggling to get information from hospitals.

“There was one death today.”

The Ministry of Health previously confirmed one case in the Port-au-Prince region and that there were suspected cases in the town of Cite Soleil outside the capital, where vicious gang wars took place in July.

Gangs have been blocking the country’s main fuel port since last month in protest at the announcement of a fuel price hike last month. Many hospitals have halted or scaled down operations due to lack of fuel to power generators.

Basic transport is now impossible for most citizens.

Caribbean Bottling Company, a major supplier of bottled water, said Sunday it could no longer produce and distribute water because it ran out of diesel fuel, which is critical to its supply chain.

The disease is usually spread through water contaminated with a sick person’s feces, meaning clean drinking water is critical to preventing its spread.

Troops from Nepal, where cholera is endemic, were in Haiti as part of a UN peacekeeping force set up in 2004 after the fall of President Jean-Bertrand Aristide. After the 2010 earthquake in Haiti, the strength was increased.

The United Nations apologized for the outbreak in 2016, without taking responsibility.

An independent panel appointed by then UN Secretary-General Ban Ki Moon released a report in 2011 that failed to establish conclusively how cholera was introduced into Haiti.

The panelists independently published an article in 2013 concluding that personnel involved in the UN peacekeeping mission were “the most likely source.”

Reporting by Harold Isaac in Port-au-Prince and Brian Ellsworth in Caracas; edit by Grant McCool and Diane Craft