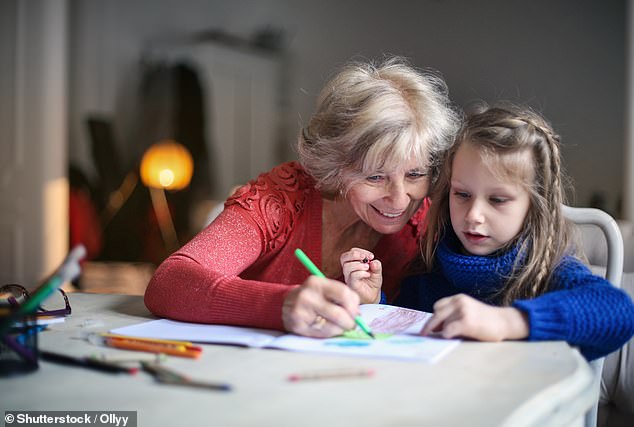 Changes in the way you draw may outline Alzheimer’s risk, study suggests

By Victoria Allen Science Correspondent for The Daily Mail

The way people draw on paper could detect early signs of Alzheimer’s disease.

Those with dementia pause longer when drawing, use the pen at a jerky speed and are more erratic in how hard they press, a study finds.

Researchers recruited 144 people, including 27 with early-stage Alzheimer’s disease, 65 with mild cognitive impairment, and 52 people of the same age who had neither.

They found an algorithm that assessed 22 different measures of drawing style and correctly identified these people with 75 percent accuracy. The study, published in the Journal of Alzheimer’s Disease, found consistent differences in how people drew the tasks.

Researchers recruited 144 people, including 27 with early-stage Alzheimer’s disease, 65 with mild cognitive impairment, and 52 people of the same age who had neither (file image)

Professor Tetsuaki Arai, senior author of the study from the University of Tsukuba in Japan, said: ‘Our results pave the way for better screening tests for cognitive impairment.’ Tick ​​tests are already being used to diagnose Alzheimer’s. But traditionally, these tests analyze red flags for dementia, such as slower thinking speed.

Early detection of mild signs of intellectual disability can prevent or delay the development of dementia.

The new study looked at factors such as how often people paused, the speed of their drawing and how they held the pen.

These included the three tests above, plus analysis of how people wrote a sentence and did a more complicated version of the line drawing test, connecting letters and numbers, such as one followed by A and two followed by B.

The study, published in the Journal of Alzheimer’s Disease, found consistent differences in how people took on all five tasks, which were done with a pen and digital tablet rather than pen and paper.

Researchers were able to detect people with Alzheimer’s disease or mild cognitive impairment due to longer pauses while drawing, less smoothness in their drawing speed, and greater variability in the pressure they put on the pen.

The accuracy of the various tests, in detecting people with Alzheimer’s disease, mild cognitive impairment, or neither, ranged from 53 percent when people were graded to write a sentence, to 67 percent for the trickier line-drawing task.

But overall, the accuracy for all five together was 75.2 percent.

It is important to detect mild cognitive impairment, which often starts with mild memory problems, such as forgetting recent events or repeating the same question.

Catching this early can prevent or delay someone from developing dementia.

Drawing gives clues as to whether someone has early Alzheimer’s disease, because changes in the brain can affect both memory and the way we control our movements.

Researchers are already looking at how hard people press when drawing to diagnose Parkinson’s disease and Huntington’s disease, but the technique has rarely been used for dementia.

Professor Arai said: ‘We were surprised by how well the combination of character traits, extracted from multiple tasks, worked by capturing different, complementary aspects of cognitive impairment.

“The accuracy of the classification into three groups of all five tests was 75.2 percent, which was almost 10 percent better than all the tests alone.”