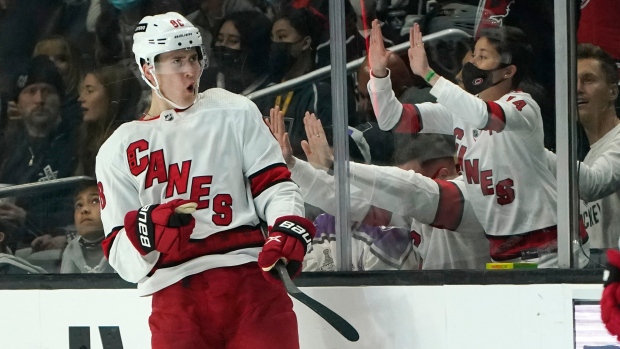 Carolina Hurricanes general manager Don Waddell said on Thursday that he will sign a new contract with a restricted free agent Martin Necas.

“We speak almost daily and it’s getting closer and closer,” Waddell told Raleigh News and Observer. “I can only speak for my side, but it’s going to happen.”

Chip Alexander of the News and Observer reports that the deal is expected to be worth about $3 million per season over two years. However, the Hurricanes only have $1.88 million in cap space, per CapFriendly, with limited free agent Maxime Lajoie yet to be signed.

Waddell said on Thursday that he would consider using the league’s second buyout window this month to free up cap space, but added it is not a necessity.

Speculation about a buyout has surrounded the defender Jake Gardiner, who returns this season after missing the entire 2021-2022 season due to hip and back surgeries. The 32-year-old is entering the final year of his current contract with a cap hit of $4.05 million.

After reaching the playoffs for the fourth consecutive season, the Hurricanes have made several additions to their roster this summer, including Brent Burns, Max Pacioretty, Ondrej Kase between their off-season moves after saying goodbye to Vincent Trocheck, Nino Niederreiter and Tony DeAngelo.